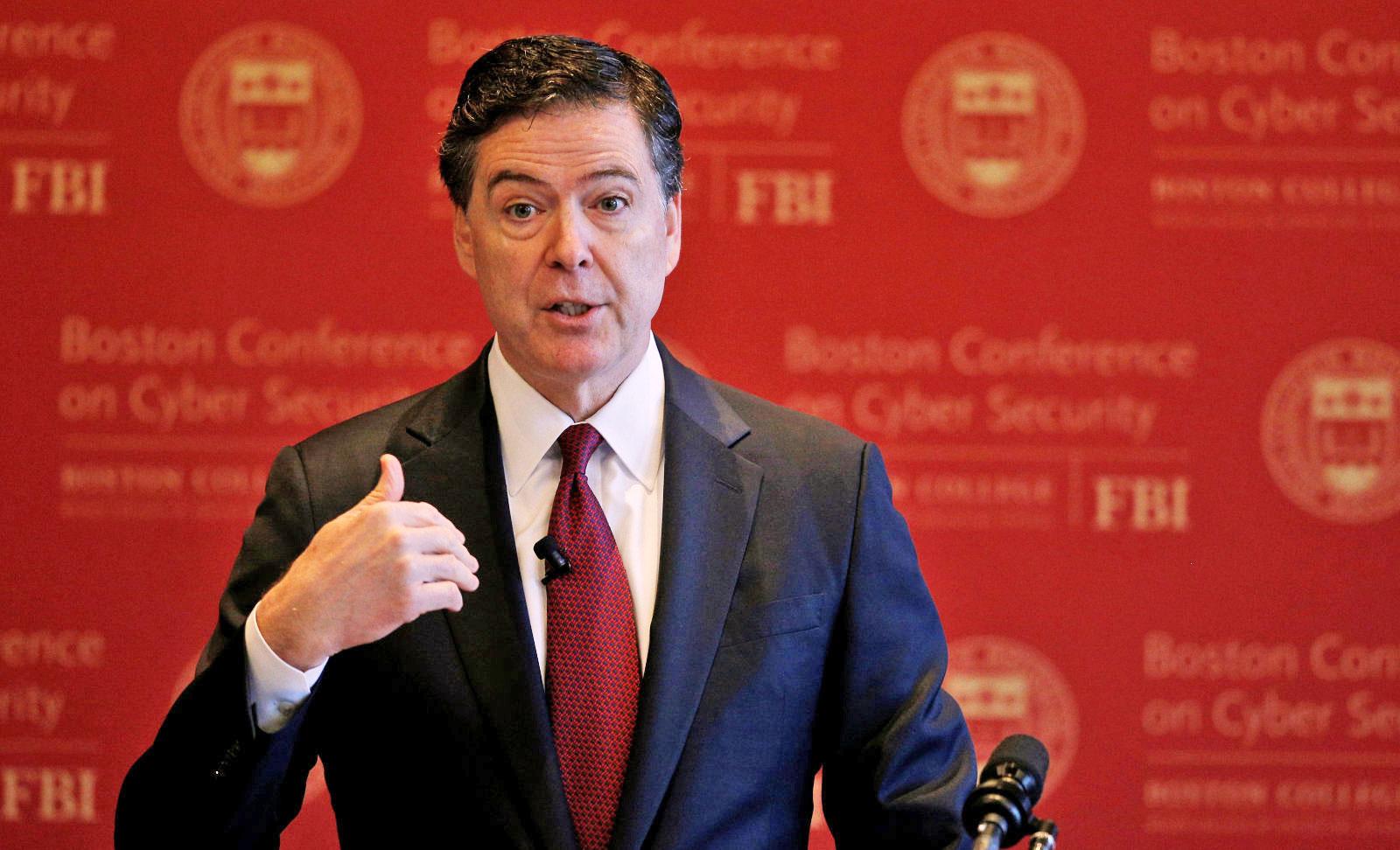 If you're wondering how the director of the FBI can justify advising that you tape over your webcam while also asking for backdoor access to iPhones, check out his keynote speech at the 2017 Boston Conference on Cyber Security. As James Comey sees it, Americans should not expect "absolute privacy" because a court can (under some circumstances) compel people to give testimony from their memory of private conversations and it should be able to order up digital evidence the same way.

During his speech, which you can watch below, Comey did not comment on Donald Trump's wiretapping claims or the recent WikiLeaks CIA post.

He went on to say that the FBI was unable to access data on 1,200 of the 2,800 devices it tried to access between October and December. Somehow, Comey also claimed "We all value privacy. We all value security. We should never have to sacrifice one for the other." As we all reckon with the truth that our phone is now the biggest privacy threat, law enforcement is similarly trying to figure things out. Right now, that seems to mean talking out of both sides of its mouth when it comes to security and encryption.

In this article: culture, encryption, FBI, JamesComey, privacy, security, video
All products recommended by Engadget are selected by our editorial team, independent of our parent company. Some of our stories include affiliate links. If you buy something through one of these links, we may earn an affiliate commission.