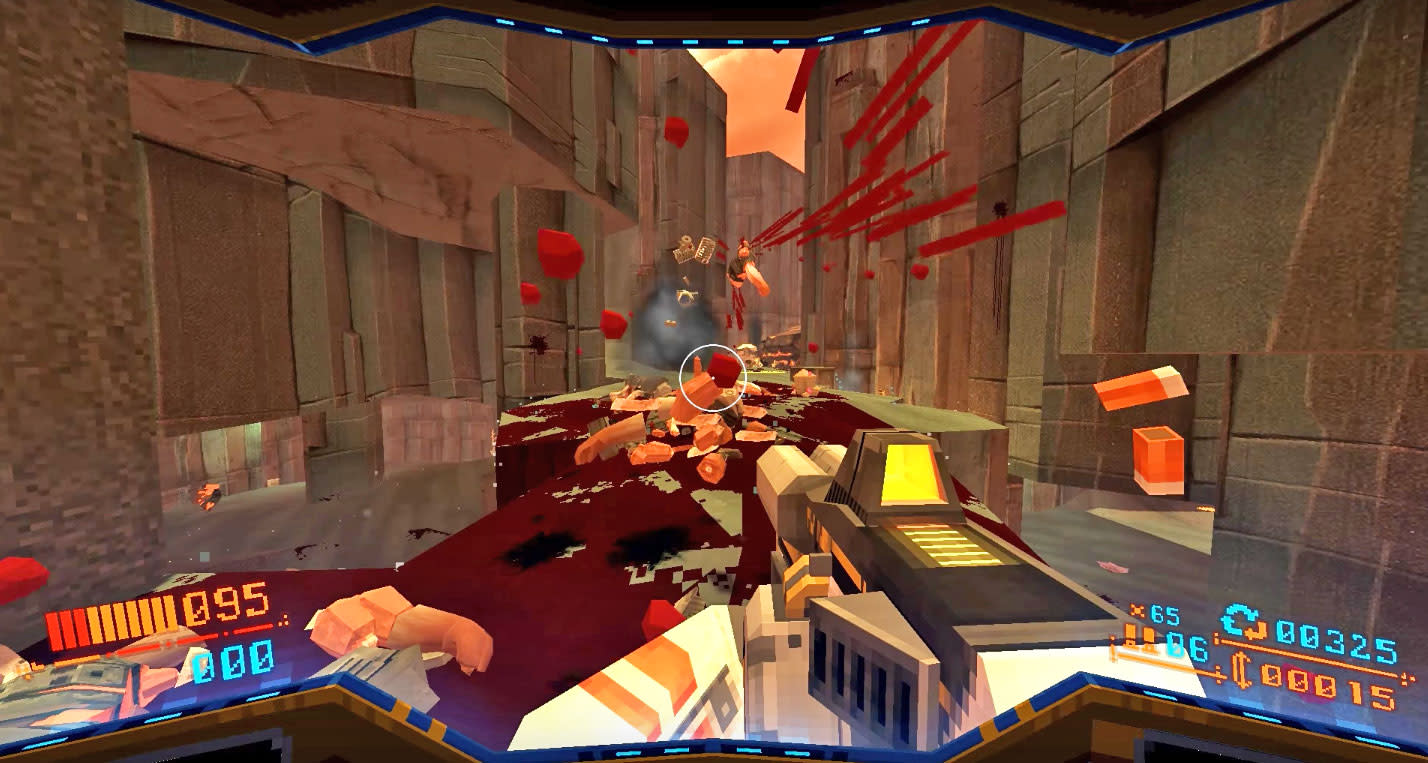 Strafe is a lovely little homage to classic games like Doom or Quake -- it's built to feel like a first-person shooter from 1996 but features modern mechanics, updated graphics and buckets of blood. We got our hands on the game during E3 2016 and had a blast shooting space monsters in the face. Everyone will have a chance to do the same on May 9th, when Strafe lands on PlayStation 4, PC and Mac.

"We are incredibly close to being done with the game!" Pixel Titans writes in a Kickstarter update. "We're cramming the last few secrets in, working on gun polish and game balance, but that doesn't leave us with enough time for the level of polish and optimization we want so we are delaying the game for just over a month to May 9th. ...We will have post-release support but Strafe is not an early access game so we want to make sure it plays great out of the gate."

STRAFE® will be in the oven a little longer so that the middle isn't soggy. We will release May 9th on PC, MAC & PS4. pic.twitter.com/LSbhLvFRCE

Strafe is a rapid-fire, single-player, first-person shooter built with roguelike mechanics, meaning once you die, you start all the way at the beginning. However, procedural generation makes the game different every time you load it up. It's a streamlined kind of FPS, with ammo drops and weapon-upgrade machines strategically positioned throughout the levels. Plus, whenever you kill a space beast, its blood and guts remain on the ground -- or floors, or ceiling -- so you always know whether you've cleared a room. So thoughtful.

In this article: av, doom, fps, gaming, indie, personal computing, personalcomputing, PixelTitans, quake, scifi, strafe
All products recommended by Engadget are selected by our editorial team, independent of our parent company. Some of our stories include affiliate links. If you buy something through one of these links, we may earn an affiliate commission.