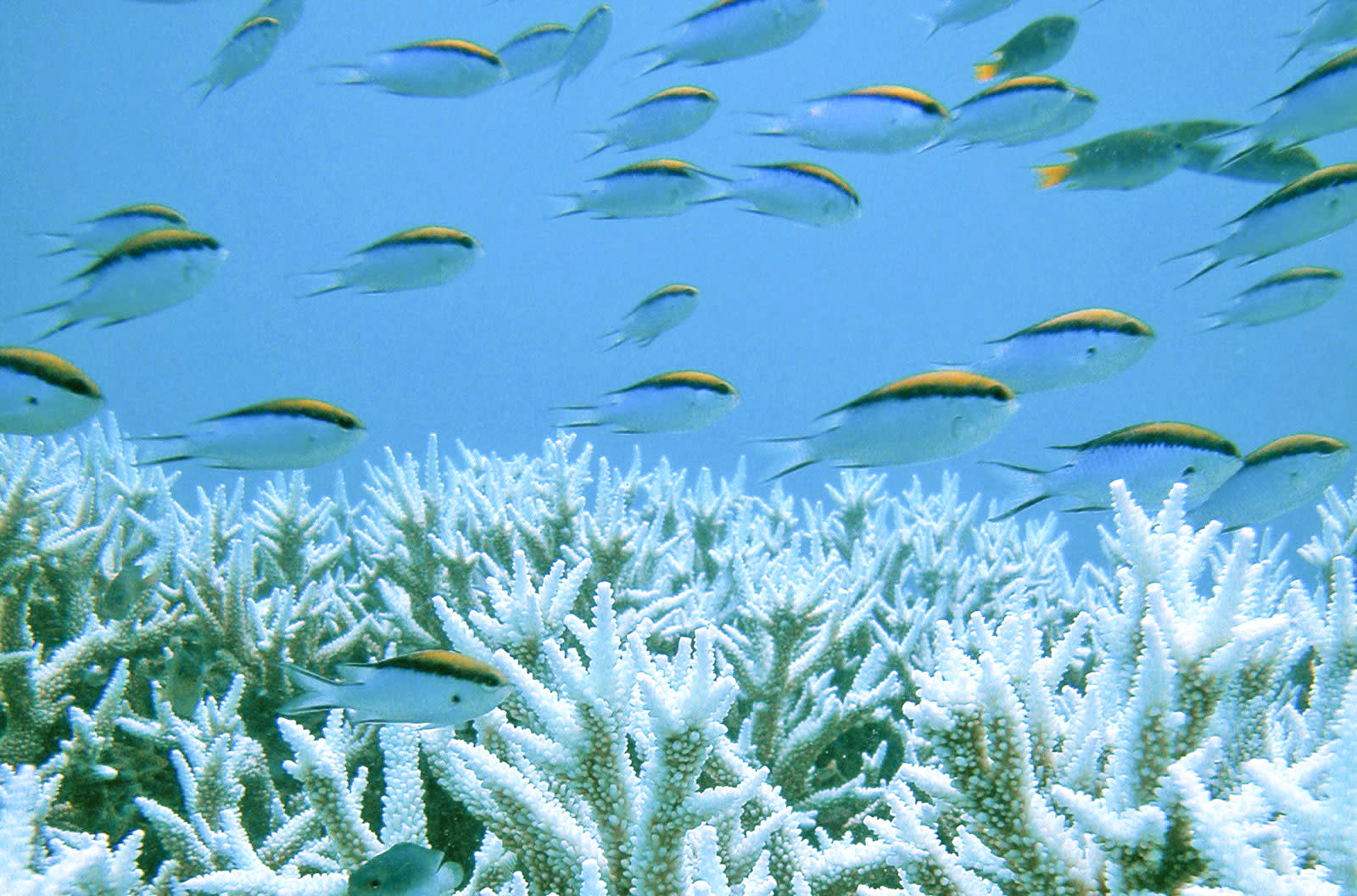 There's no question that the Great Barrier Reef and other coral fields are hurting as a result of rising water temperatures. But is there a relatively straightforward way to save them, or do they require more drastic action? Unfortunately, it's not looking good. Researchers have found that typical efforts to fight coral bleaching, such as improving the water quality or tightening fishing controls, haven't helped much at all. Whether an area was immaculate or dirty, it was just as susceptible to damage. The four large-scale bleaching events in the past two decades were the result of increased water heat -- that is, climate.

As such, the only surefire solution would be to take "urgent and rapid action" to slow global warming. While the faster-growing coral can usually recover in between bleaching events, that's not an option for others. Also, it's "no longer realistic" to hope that there will be an extended gap between events that gives the slower coral a chance to come back.

Actually making that happen would be no mean feat, even if you limit the efforts to Australia. The Guardian notes that both the national Australian government and the state of Queensland have been pushing for a coal mine that would not only contribute to warming through its emissions, but would require that ships travel over the Great Barrier Reef. It might require a rude awakening for officials to back away from policies that hurt coral reefs, and there's no guarantee that one will happen in time.

In this article: australia, bleaching, climate, climatechange, coral, environment, globalwarming, greatbarrierreef, green, ocean, science, sea
All products recommended by Engadget are selected by our editorial team, independent of our parent company. Some of our stories include affiliate links. If you buy something through one of these links, we may earn an affiliate commission.