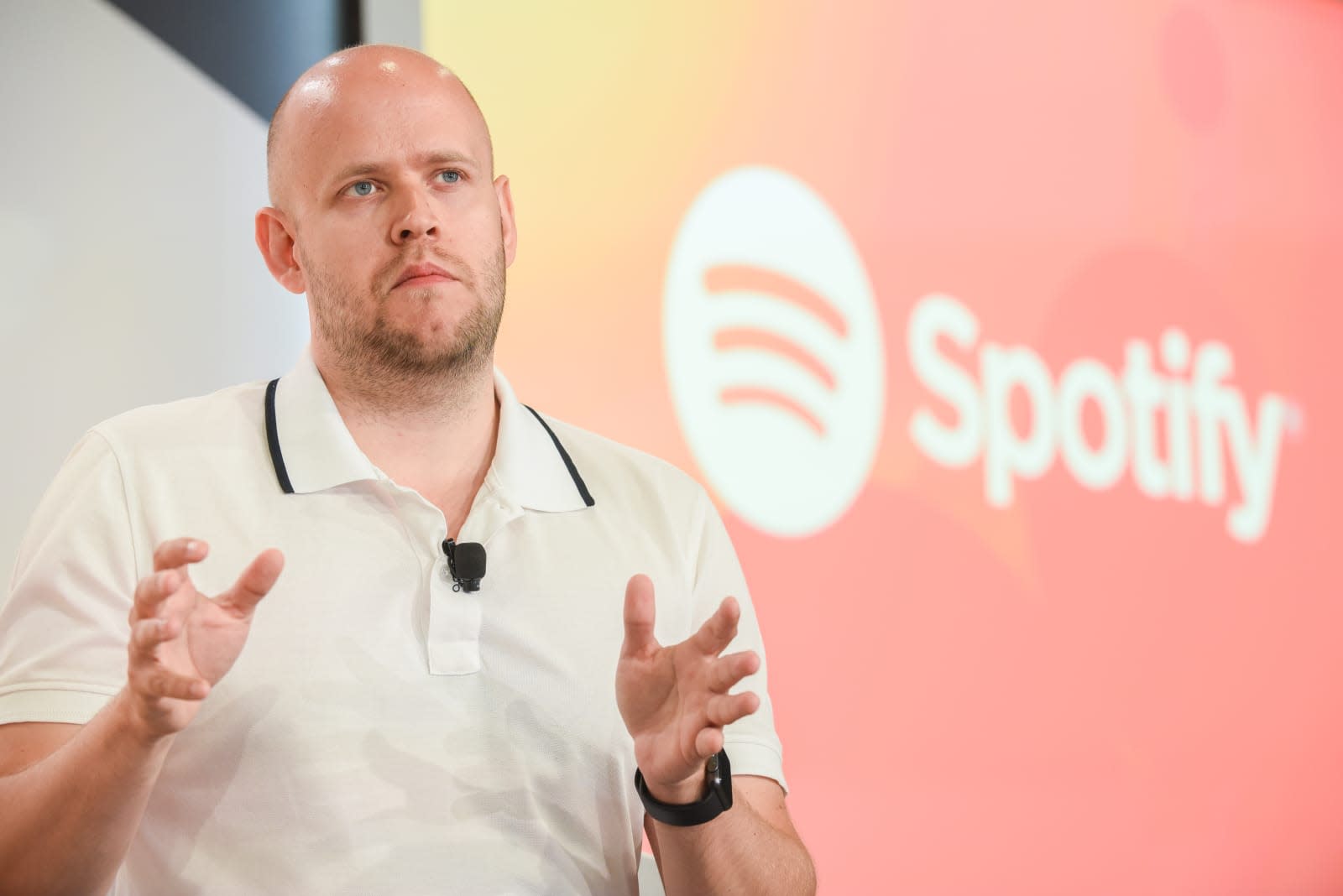 Spotify's deadlock with three of the largest music labels could soon come to an end. According to the Financial Times, the streaming company has agreed to 'window' important album releases to keep them on side. It would mean select records are only available to premium members for a period of time, incentivising subscriptions and boosting the revenue that trickles through to labels. The FT says nothing has been signed just yet, but stress talks have "picked up considerably" since the concession was made.

Spotify's contracts with Universal, Sony and Warner -- which collectively make up the bulk of its library -- have been in flux for some time. As the company has grown, and music streaming has played a larger role in the industry, labels have started demanding higher rates. Accepting such terms would threaten Spotify's business model, which is yet to reach profitability. The service is growing, however, which bodes well for the years ahead. With 50 million paying subscribers, it's shown it can convert free users and fend off competitors like Tidal, Apple Music and Google Play Music. Losing label support would, of course, be hugely damaging.

It's all the more important as Spotify inches toward an IPO. Back in February, TechCrunch reported that the company had shifted its public offering plans from 2017 to 2018. The delay, the piece said, was to give the business time to improve its margins. The move would make sense, given its aggressive promotions and podcast experiments recently. Last month, it teamed up with The New York Times to offer a newspaper and music streaming bundle. It's since unveiled three original podcasts and brought WNYC shows, including Radiolab and 2 Dope Queens, to its platform.

But these are all side-servings. The driving force behind Spotify subscriptions is still music, and how the company is able to leverage that library for smart playlists such as Discover Weekly. As such, nailing new contracts with Universal, Sony and Warner remains a priority.

In this article: business, entertainment, IPO, licensing, music, musiclicensing, musicstreaming, sony, spotify, streaming, universal, warner
All products recommended by Engadget are selected by our editorial team, independent of our parent company. Some of our stories include affiliate links. If you buy something through one of these links, we may earn an affiliate commission.