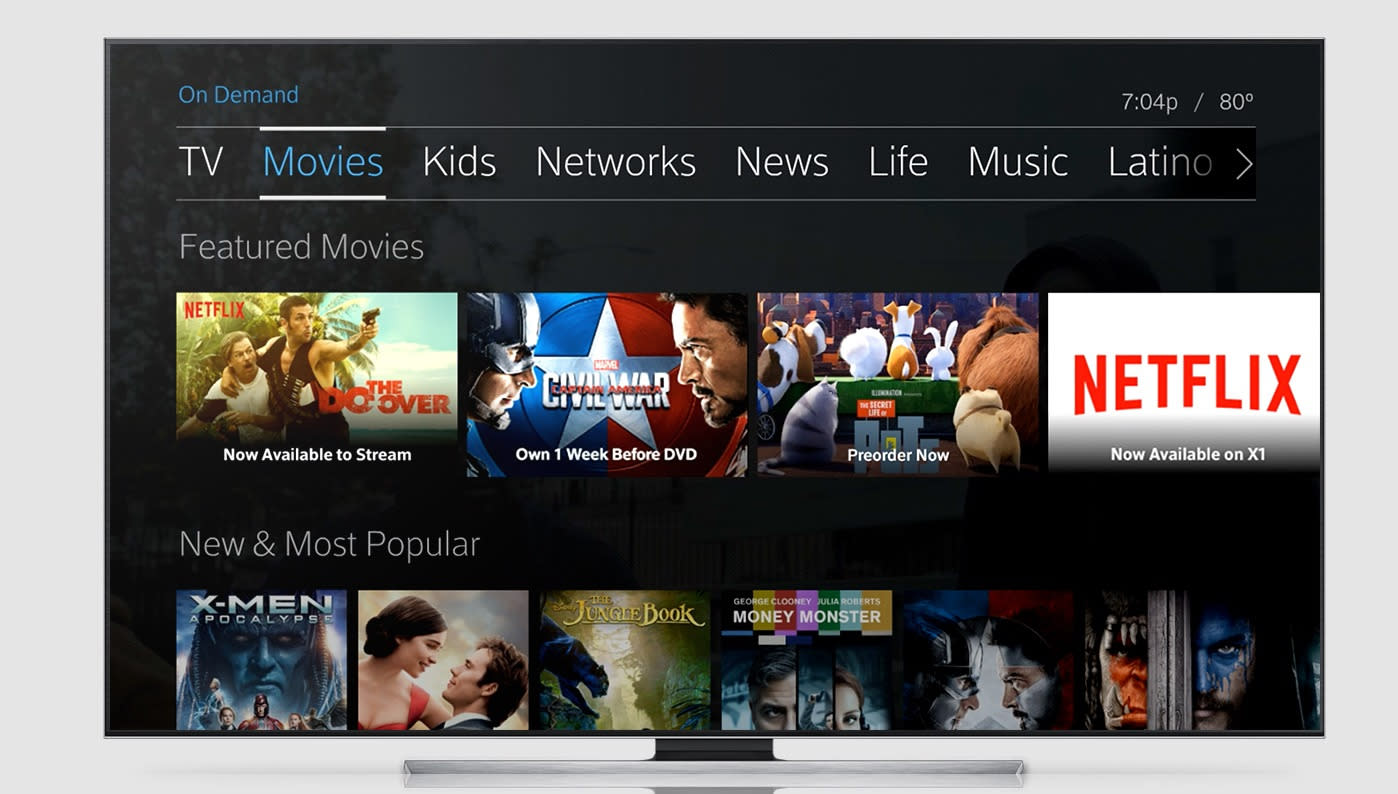 Comcast's efforts to come to terms with Netflix just kicked up a notch. The cable giant is holding its fifth annual Xfinity Watchathon Week between April 3rd and April 9th, and this year Netflix is included as part of the all-access promo. So long as you're a customer with an Xfinity X1 box, you'll have free access to Netflix alongside the opportunity to catch up on shows from conventional TV channels like AMC and Starz. It sounds like an odd move for a company that has frequently been at odds with Netflix, but there's likely a method to the apparent madness.

The Watchathon is normally about giving customers a taste of the channels they're missing in hopes that they'll sign up for more expensive TV packages. That's still true this year, but Comcast now also has to convince subscribers that they're better off watching Netflix on their X1 boxes instead of the apps they find on other devices. If you see Netflix as part of a larger Comcast package that offers a wider selection than Netflix alone, you might be less tempted to ditch cable TV and rely primarily on internet streaming for your entertainment. There's no guarantee that this will work, but it may be worth the gamble.

And of course, there's an obvious incentive for Netflix. This isn't your ordinary subscription drive -- it could reel in cable TV loyalists who might not have even considered streaming video before. Even if they don't rush to sign up on April 10th, the Watchathon could still have them thinking about Netflix as an option down the road.

In this article: av, comcast, entertainment, gear, internet, netflix, services, streaming, xfinity, xfinityx1
All products recommended by Engadget are selected by our editorial team, independent of our parent company. Some of our stories include affiliate links. If you buy something through one of these links, we may earn an affiliate commission.