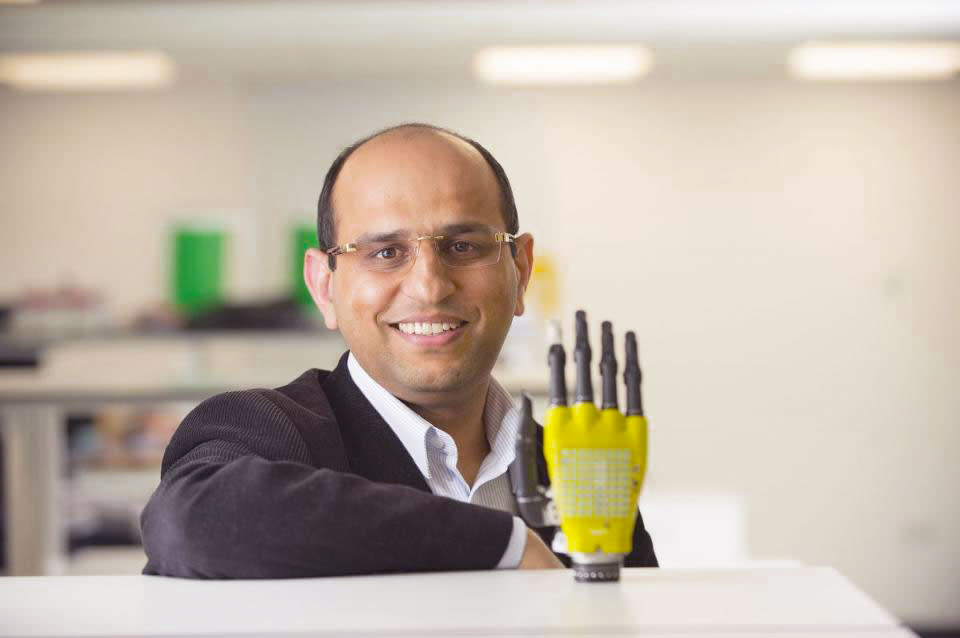 Researchers at Glasgow University have successfully developed a new type of artificial skin that is more sensitive than our own. Made of just a single atomic layer of graphene, the new soft feeling epidermis functions as its own sophisticated touch sensor. If that wasn't impressive enough, this artificial 'skin' is also entirely self-powered. Housing a solar panel hidden under its graphene layer, the material manages to absorb over 98 percent of the light available, relying only on the sun to power it.

As well as having huge implications for creating more realistic looking (and feeling) robotics, the new lightweight material could have a profound impact on helping amputees. The man behind the graphene skin, Dr Ravinder Dahiya has begun developing his own 3D printed hands, aiming to help provide amputees with affordable and lightweight limbs.

Thanks to its lack of batteries and the relatively low price of silicon and graphene, including the hands, these robotics only cost $350 to make. This is significantly cheaper than the standard battery-operated prosthesis -- which typically cost tens of thousands of dollars. Dahiya released a brief video demonstrating the capabilities of a prototype hand, showing the gentle touch in action.

Outside of robotics, he suggests that this new skin could have a wide range of different applications. With the highly sensitive material being able to detect the slightest of movements, it has the potential to make a surprisingly accurate sweat sensor for gym clothes. Outside of the touch sensor, Dahiya also suggests that the solar tech could be used to easily power devices like glucose monitors, allowing doctors to observe patients who have no access to electricity.

Yet according to Doctor Dahiya, his work is only just beginning. "The next step for us is to further develop the power-generation technology...and use it to power the motors which drive the prosthetic hand itself. This could allow the creation of an entirely energy-autonomous prosthetic limb."

In this article: ArtificialSkin, prosthesis, robotics, robots, science
All products recommended by Engadget are selected by our editorial team, independent of our parent company. Some of our stories include affiliate links. If you buy something through one of these links, we may earn an affiliate commission.