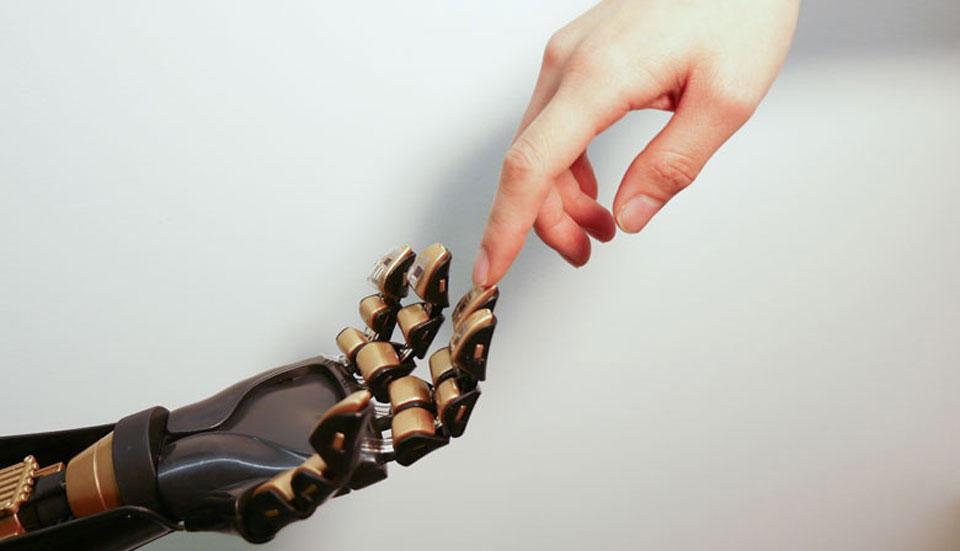 A team from Stanford University might have made a breakthrough that could change the lives of people with missing limbs. Researchers have developed an artificial substitute for skin that is capable of sensing when it is being touched and sending that data to the nervous system. It's hoped that technology like this could be used to build futuristic prostheses that could be wired into the nervous systems of amputees. In addition, not only will these people be able to know if they're touching something, they'll also know how much pressure is being used.

Put very simply, the skin is comprised of two layers of rubbery plastic skin with a flexible circuit printed on, courtesy of the folks at Xerox Parc. Sandwiched between the two is a run of carbon nanotubes, which conduct electricity when they're pushed closer together. The harder the compression, the more current passes between them, which is how the skin can understand differences in pressure.

That, however, isn't enough, since that data would still have to be transmitted somehow into the user's brain. In the end, the team opted to harness a field of science called optogenetics, which involves genetically-engineering cells so that they react to specific frequencies of light. By creating optogenetic neurons that are capable of sensing light patterns, the team proved that it's possible to make this technology work in a person.

Admittedly, we're still years away from an initial human test, and project leader Professor Zhenan Bao doesn't believe that optogenetics is a suitable solution. There are also more things that just pressure that human skin can sense, like temperature and friction, all of which would still need to be replicated. Even so, this breakthrough could prove to be enormous in the hopefully not-too-distant future.

In this article: Artificial, ArtificialSkin, CarbonNanotubes, Prosthetics, Skin, ZhenanBao
All products recommended by Engadget are selected by our editorial team, independent of our parent company. Some of our stories include affiliate links. If you buy something through one of these links, we may earn an affiliate commission.