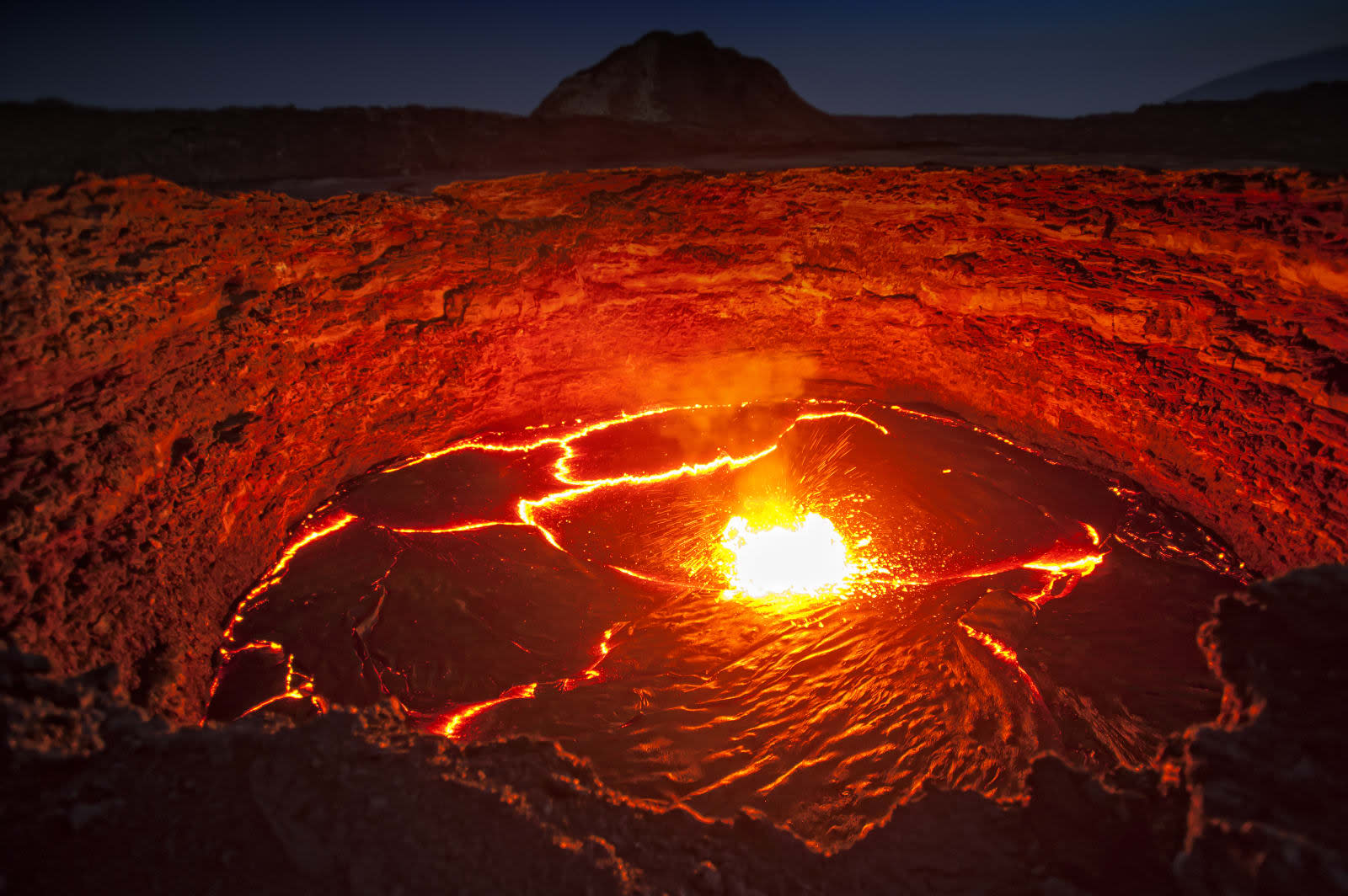 Artificial intelligence can help satellites and other spacecraft observe interesting phenomena before humans even spot them. Case in point: NASA's Earth Observing 1 (EO-1) spacecraft started capturing images of Ethiopia's Erta Ale volcano as soon as it developed a new fissure in late January. Volcanologists are keeping a close eye on Erta Ale, since it's one of the handful of volcanoes with lava lakes at the summit. They sent in requests asking NASA to use its Earth Observing-1 satellite to snap photos of the eruption, but by that time, the images were already available.

EO-1's AI called Autonomous Sciencecraft Experiment (ASE) was alerted by one of the other satellites in its network about the event. It then sent EO-1 to work, photographing Erta Ale's evolving lava lakes way before anybody even asked. ASE has been guiding its host satellite's actions for the past 12 years. It notifies researchers within 90 minutes of detecting an event and giving EO-1 a new task within a few hours. A ground team typically takes weeks to accomplish the same thing. The EO-1 was designed to test cutting-edge satellite tech, and the team was only supposed to use the AI for six months. However, they were so successful that they "did it for more than 12 years." During that span of time, ASE ordered the satellite to map active lava flows, monitor methane leaks and to keep an eye on reforestation efforts in the Amazon, among many other tasks.

NASA will shut down EO-1 and ASE by the end of March, but everything they've accomplished won't go to waste. They've managed to convince astronomers that AIs will make it possible for spacecraft to act as soon as an event takes place. As ASE lead scientist Ashley Davies said, it will allow probes to "capture valuable science data that would otherwise be lost."

In this article: AutonomousSciencecraftExperiment, earthobserving1, ErtaAle, lavalake, satellite, science, space, volcano
All products recommended by Engadget are selected by our editorial team, independent of our parent company. Some of our stories include affiliate links. If you buy something through one of these links, we may earn an affiliate commission.