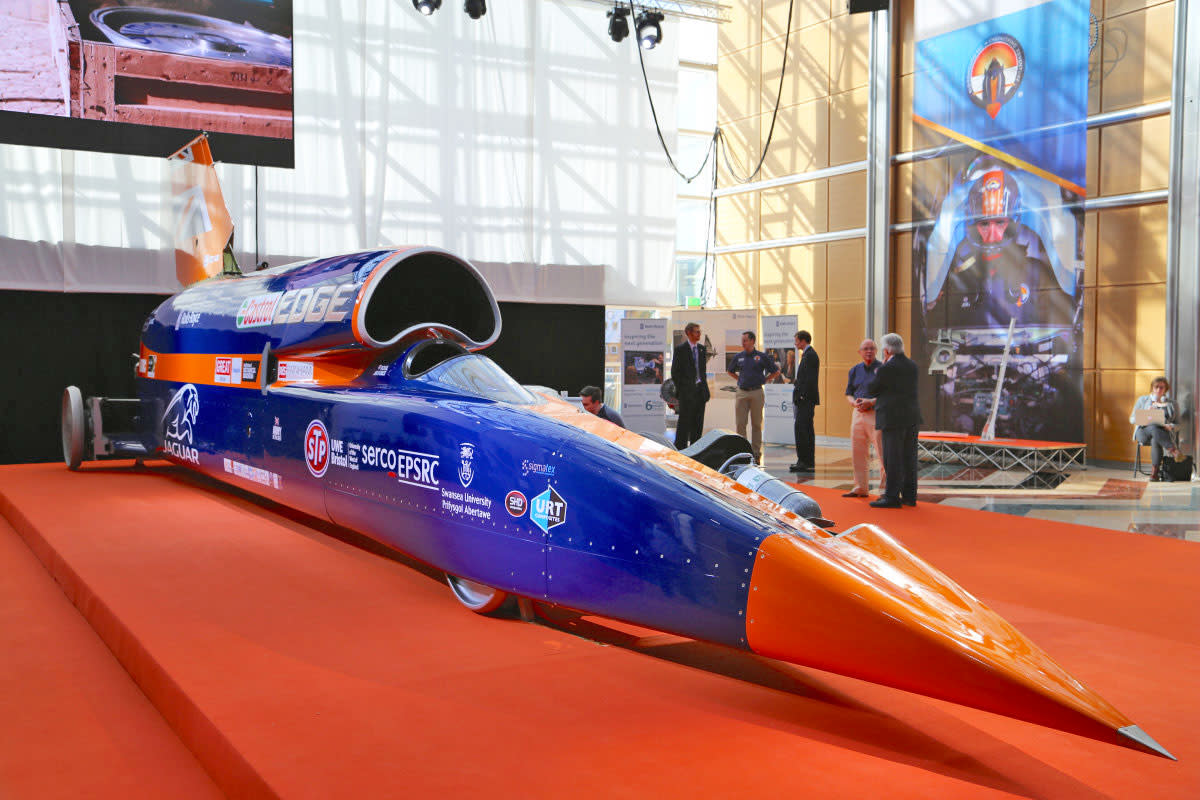 As 2016 drew to a close, it appeared that the British-based Bloodhound team had everything they needed to finally break the world land speed record. Flush with funds following its biggest ever investment from China's Zhejiang Geely Holding Group, Bloodhound looked to put past delays behind it by finally performing two runs over the course of 2017.

The first would be a "slow test" of its Rolls-Royce EJ200 jet engine, which would make way for an attempt at bettering the 763MPH (1228KMH) mark set by the Thrust SSC in October 1997. The banner event, however, has now been pushed back again, meaning we'll have to wait until the second half of 2018 to see the Bloodhound push the boundaries.

According to Bloodhound SSC director Richard Noble, the team is still waiting on money from an unannounced global IT company and fashion brand to materialise. It also needs to improve the power output of its engines to support the car should it weigh more than first expected.

"This can easily happen as a design that has evolved over many years makes its way from the virtual world of Computer Aided Design to the real world of the racetrack," said Noble. "The engineering team is choosing to be cautious now so we don't lose time – or under perform – when we're in the desert."

The revised plan is to perform the static "tie-down" engine tests this summer and then get Bloodhound on the runway at Newquay Aerohub shortly after. If they go well, the team will then deploy in the Kalahari desert, on the mud and salt flats of Hakskeen Pan, in summer 2018.

At this point, it's difficult to imagine the Bloodhound ever getting a runout. Since it was announced at London's Science Museum in October 2008, the project has been beset by delays and cash flow issues. Noble remains optimistic, though: "Temporary delays do not change our direction of travel! 2017 will be a milestone year for The BLOODHOUND Project and we are determined to be out in South Africa, challenging records, next year."

In this article: science, transportation
All products recommended by Engadget are selected by our editorial team, independent of our parent company. Some of our stories include affiliate links. If you buy something through one of these links, we may earn an affiliate commission.