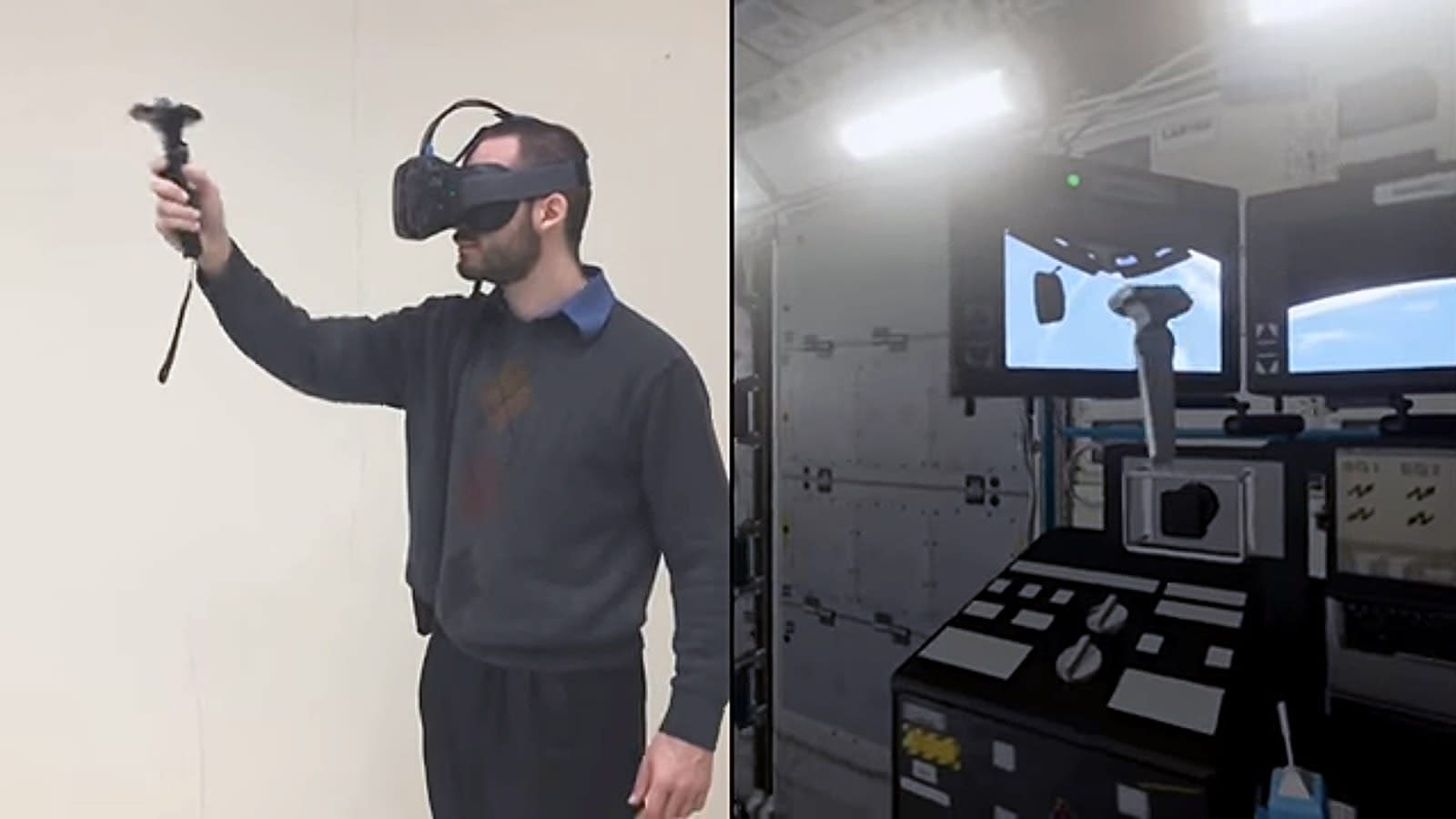 NASA recently teamed with Oculus on Mission:ISS, a consumer education VR experience aboard the ISS. However, the training SIM NASA is developing with Unreal Engine is different altogether, and they appear to be using both the Oculus Rift and HTC's Vive headsets.

The setup uses "cutting edge graphics and physics simulations to increase the sense of presence," says NASA Software Engineer Matthew Noyes. "The more realistic the training feels, the faster you can respond in real-world, critical situations, which could save your mission or even your life." As Ars Technica noted after trying it out earlier this month, the VR is realistic enough that it can even simulate blooming. When you look up at the digital "sky," your pupils must dilate before you can see any stars, the same thing astronauts experience in space.

NASA ISS astronauts that have tried the sim say it closely matches what it feels like to handle objects in zero G. The training includes simulated maintenance, letting you use the Vive's control wand to grab tools and other objects aboard the ISS. To make the mixed-reality simulation of gravity even more immersive, it also works with an "active response gravity offload system", basically a crane that flies astronauts around to simulate zero, lunar or Mars gravity.

While this is still an (incomplete) NASA simulation, Noyes told Ars that the sim team was also working on a public release, though no dates have been discussed. The idea would be to create both a public outreach product alongside an actual SIM -- something that might both inspire an train young wannabe astronauts.

In this article: astronauts, EpicGames, ISS, MixedReality, NASA, science, space, Training, UnrealEngine, video, VirtualReality, VR
All products recommended by Engadget are selected by our editorial team, independent of our parent company. Some of our stories include affiliate links. If you buy something through one of these links, we may earn an affiliate commission.