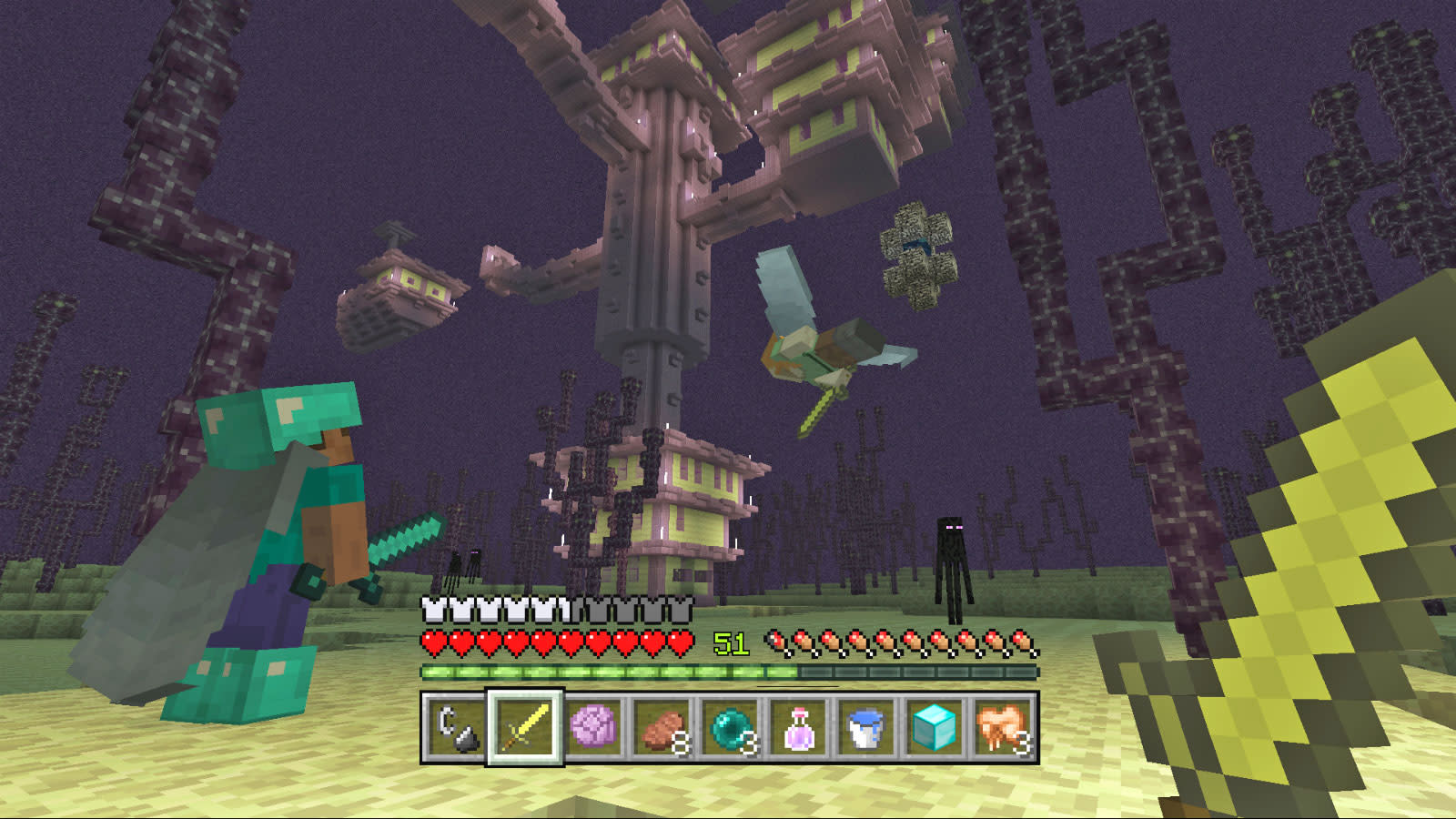 If you've been looking to play Minecraft with your other Apple TV-owning gamer buddies, it's time to get excited. The latest update to the Apple TV version of this hit game enables "Realms," Minecraft's subscription-based multiplayer system. This upgraded version also includes Xbox Live authentication support, which will let players access their linked avatars and character skins.

When you purchase a Realms account, it's like getting a Minecraft server, only it's maintained by Microsoft so you don't have to mess with things like hosting or IP addresses. You get to control who can visit your private Minecraft Realm, too. That way, you don't have to worry about anyone trashing your world as you race around fighting exploding Creepers or building insane recreations of King's Landing from Game of Thrones. You can get a two- or 10-player Realm of your own for $3.99 and $7.99, respectively.

Unfortunately, owners of existing Realms subscriptions on Mac, Linux or PC won't be able play alongside their iOS or Apple TV brethren; there are two separate Realms systems, one for PCs and one that includes iOS, Android and Windows 10 users. We've reached out to find out if there are plans to connect the two systems.

The procedurally-generated worlds of Minecraft deserve to be explored with others; now Apple TV and iOS fans have a chance to do just that... as long as they stick to their own platform.

In this article: apple, appletv, gaming, microsoft, minecraft, minecraftrealms, mobile, mojang, personal computing, personalcomputing, Realms
All products recommended by Engadget are selected by our editorial team, independent of our parent company. Some of our stories include affiliate links. If you buy something through one of these links, we may earn an affiliate commission.