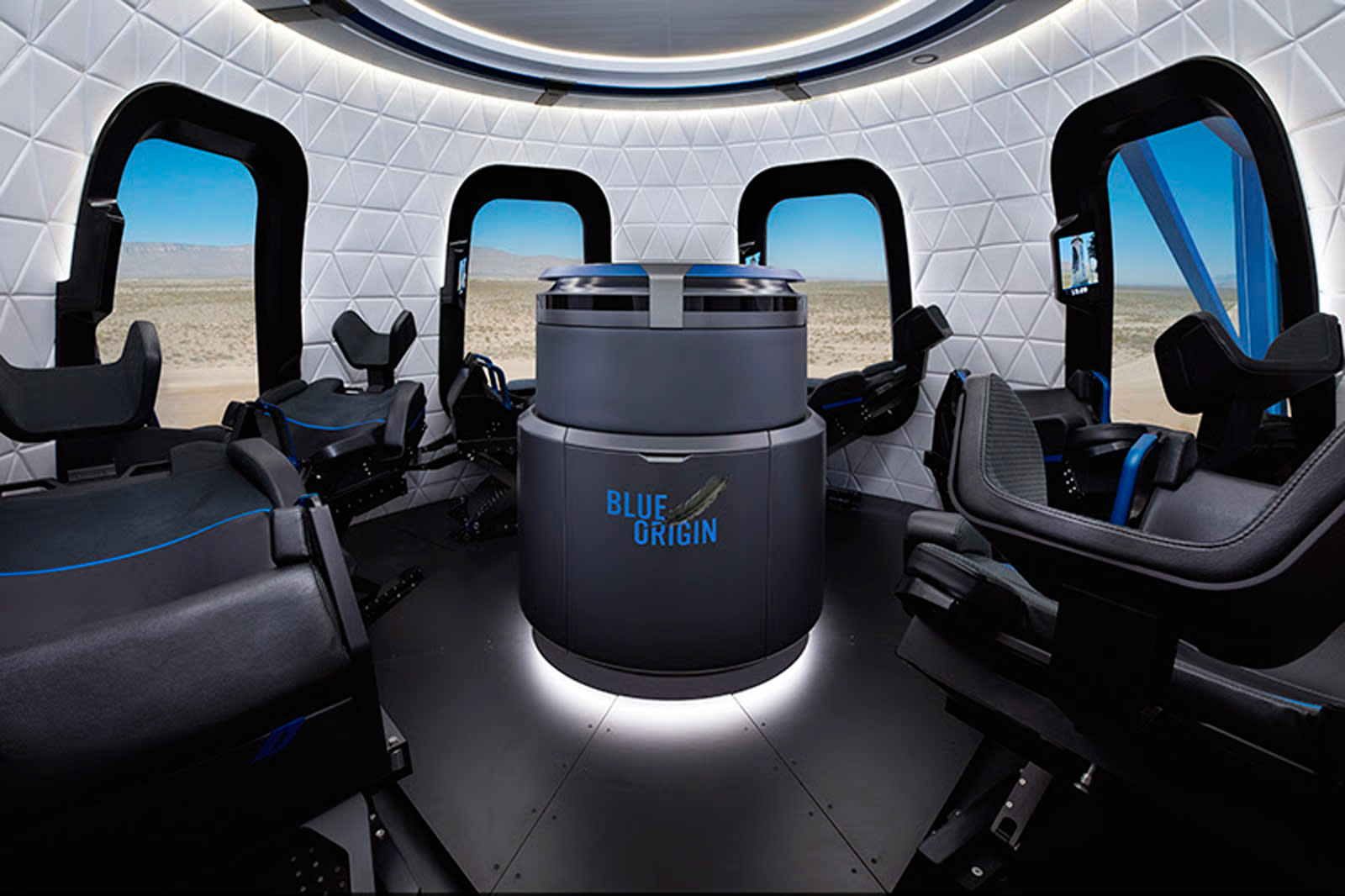 Blue Origin has given you plenty of glimpses of the outside of its tourism-oriented New Shepard rocket, but what about the inside -- you know, the place where you'll spend all of your time? You now have an idea of what to expect. Jeff Bezos' spaceflight operation has released its first interior photos of New Shepard's capsule, and it's clear that we've come a long way from the days of cramped, utilitarian spacecraft cabins. The windows are enormous (just shy of 43 inches tall), and the interior is relatively spacious. You won't mistake the capsule for a cruise ship, but it's undoubtedly designed for civilian sightseers used to some creature comforts. Not surprisingly, the environment is decidely posher than the mission-focused cabins of SpaceX's Crew Dragon and Boeing's Starliner. The jury's still out on comparisons to Virgin Galactic's SpaceShipTwo, but it's reasonable to presume that you'd get a better view from Blue Origin's vessel.

The press will get to see a mockup of the capsule in Colorado Springs between April 3rd and April 6th. Unfortunately, it'll be daunting to see the inside for yourself. Blue Origin isn't expected to start its suborbital tourist launches until 2018 at the earliest, and it's safe to say that tickets will cost more (possibly much more) than your usual airfare. Think of this more as a peek into the long-term future of private space travel than a preview of what you'll be doing next year.

In this article: amazon, blueorigin, capsule, gear, jeffbezos, newshepard, rocket, space, transportation
All products recommended by Engadget are selected by our editorial team, independent of our parent company. Some of our stories include affiliate links. If you buy something through one of these links, we may earn an affiliate commission.