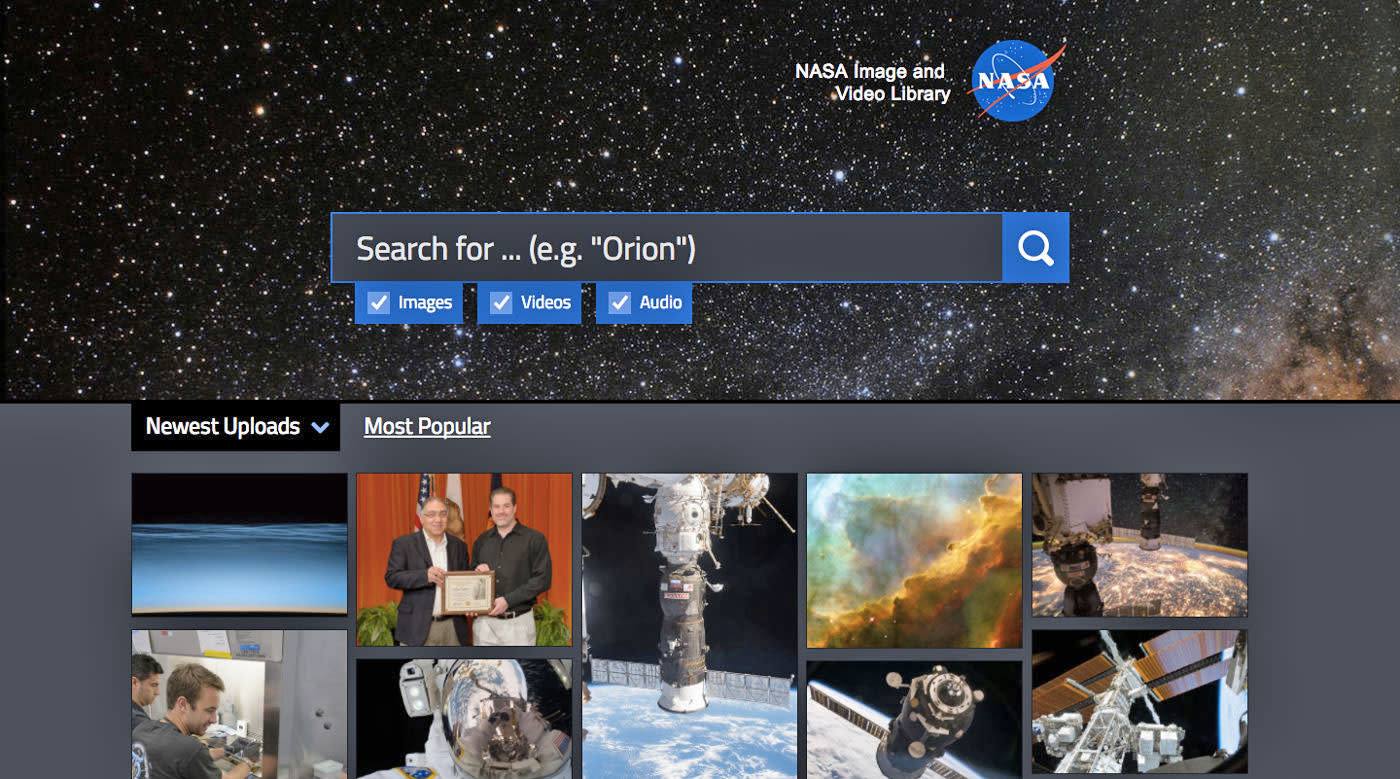 You won't have to go through dozens of mission websites anymore just to find space photos to print or to use as desktop or mobile wallpapers. NASA has launched a new library to host its best high-res images, videos and audio files from across 60 collections. Best thing about it? It's searchable and available to anyone who has an internet connection.

You won't find all the photos and videos the agency's probes and telescopes have ever taken. It hosts only the best of what NASA has ever released to the public, including historic ones like the Apollo 11 moon landing. Even then, the library still boasts over 140,000 searchable files, which you can sort by update date or popularity if you don't even know where to begin.

Some images come with their EXIF/camera data, including the exposure, lens used and other information, while all video downloads come with a caption file. One huge plus is that its interface automatically scales for phones and tablets, so you can mine for NASA gold anywhere you are.

In this article: imagelibrary, internet, NASA, nasaimagelibrary, science, space
All products recommended by Engadget are selected by our editorial team, independent of our parent company. Some of our stories include affiliate links. If you buy something through one of these links, we may earn an affiliate commission.