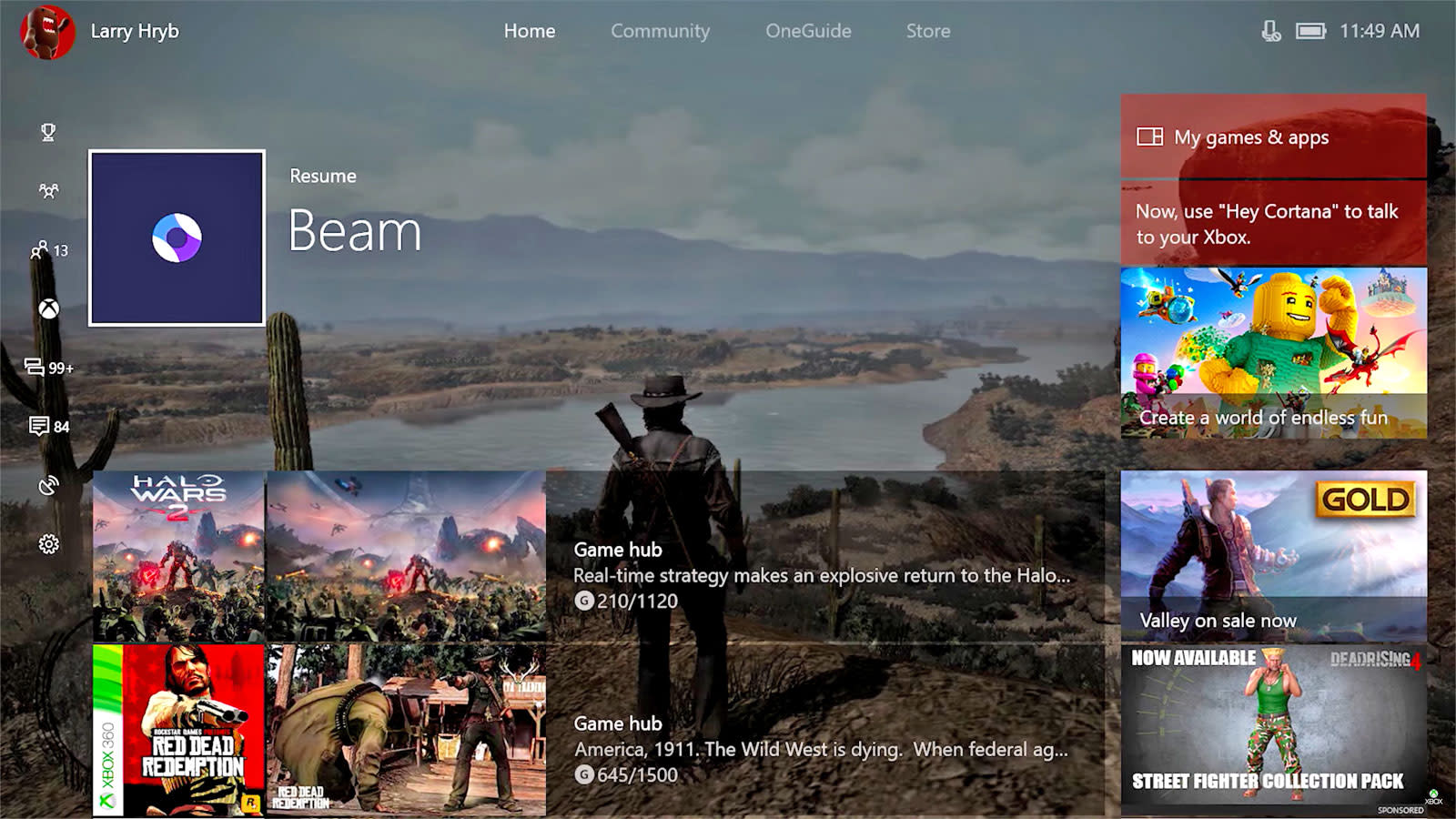 After no small amount of hype, the Xbox One's big spring software refresh is finally rolling out to everyone. The March update centers around a redesigned interface that's designed for speed above all else. It's quicker to perform more than a few tasks, such as finding a group to join. The revamped Guide should be much quicker, too -- it promises faster access to recent apps, background music controls and game recording. A few tweaks are designed with multitasking in mind, such as a brand new achievement tracker and a Cortana rework that puts the voice assistant into an overlay that won't disrupt what you're doing.

There is one immediate drawback to all this: the console's signature Snap mode is going away. You may not miss it too much (how often do you run apps side by side on your TV?), but there's a good chance you'll notice.

OF course, it's not just about the front end. The Xbox One now has built-in Beam streaming, letting you broadcast your gaming adventures using Microsoft's in-house service instead of Twitch. Gameplay is also more accessible thanks to a Copilot feature that splits controls between controllers. Media junkies will like support for Blu-ray player bitstream passthrough (to have a receiver decode audio), and parents can set screen time for their kids through a web interface. While the Xbox One won't feel like a brand new system after all these improvements, it's clearly getting a breath of fresh air.

In this article: av, beam, console, games, gaming, gear, guide, livestreaming, microsoft, videogames, xbox, xboxone
All products recommended by Engadget are selected by our editorial team, independent of our parent company. Some of our stories include affiliate links. If you buy something through one of these links, we may earn an affiliate commission.