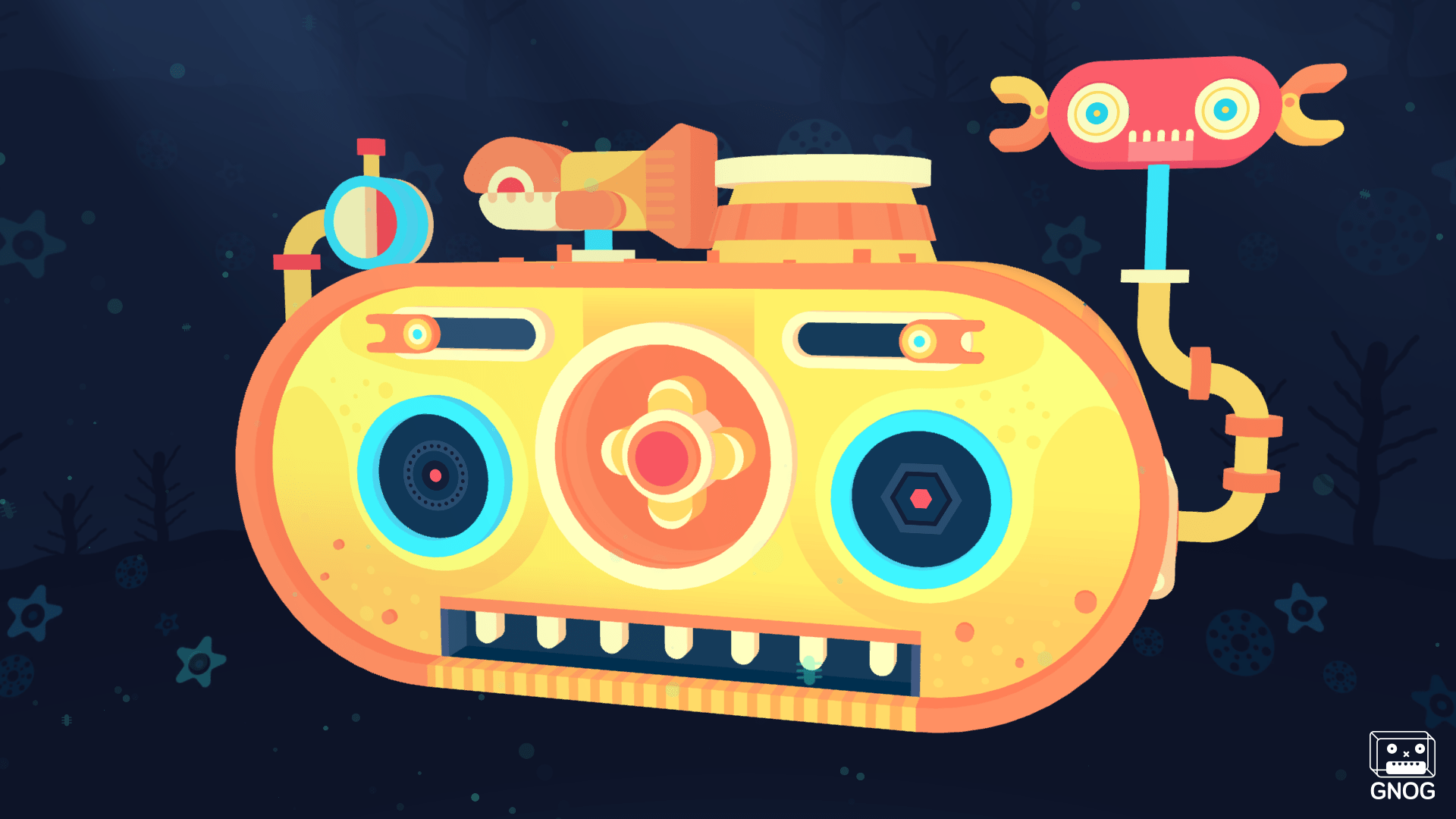 If you thought that Persona 5 would be the most stylish game you'd play this Spring, you might want to think again. In a move set to please PlayStation owners, Double Fine has announced that it's bringing the beautiful puzzler GNOG to PS4 and PSVR on May 2nd. Developed as a collaboration between toy maker Samuel Boucher and Canadian art collective Ko_Op, this stunningly realized puzzle game sees players exploring a strange world of interconnected heads. With an achingly cool soundtrack complementing GNOG's gorgeous visuals, players are tasked with solving various physics-based puzzles as they attempt to find their way to each head's exit.

With games often living and dying by their mechanics, it's refreshing to see a game from a studio that's led by artists. Known for its graphic design work and interactive art experiences for Canada's National Film Board, Ko_Op's flair for striking design has given GNOG a captivating style. Thankfully, it looks like GNOG has more to offer than just its eye-catching aesthetic. With each of the game's heads containing their own unique universe and their own rules, players will have to use everything from Rubik-cube style problem solving to time manipulation if they are to make it to the next puzzle.

Currently, there are no details on how the game will work in PSVR. Still, with Sony's VR headset's software lineup still woefully lacking in big hitters, the game is certain to be a welcome addition to the platform's library regardless. GNOG is available to preorder now from the PlayStation Store for $14.99 (or $13.49 for PS Plus members) and will be coming to Steam and iOS at a later date.

In this article: av, doublefine, gaming, IndieGames, ps4, psn, psvr, sony
All products recommended by Engadget are selected by our editorial team, independent of our parent company. Some of our stories include affiliate links. If you buy something through one of these links, we may earn an affiliate commission.