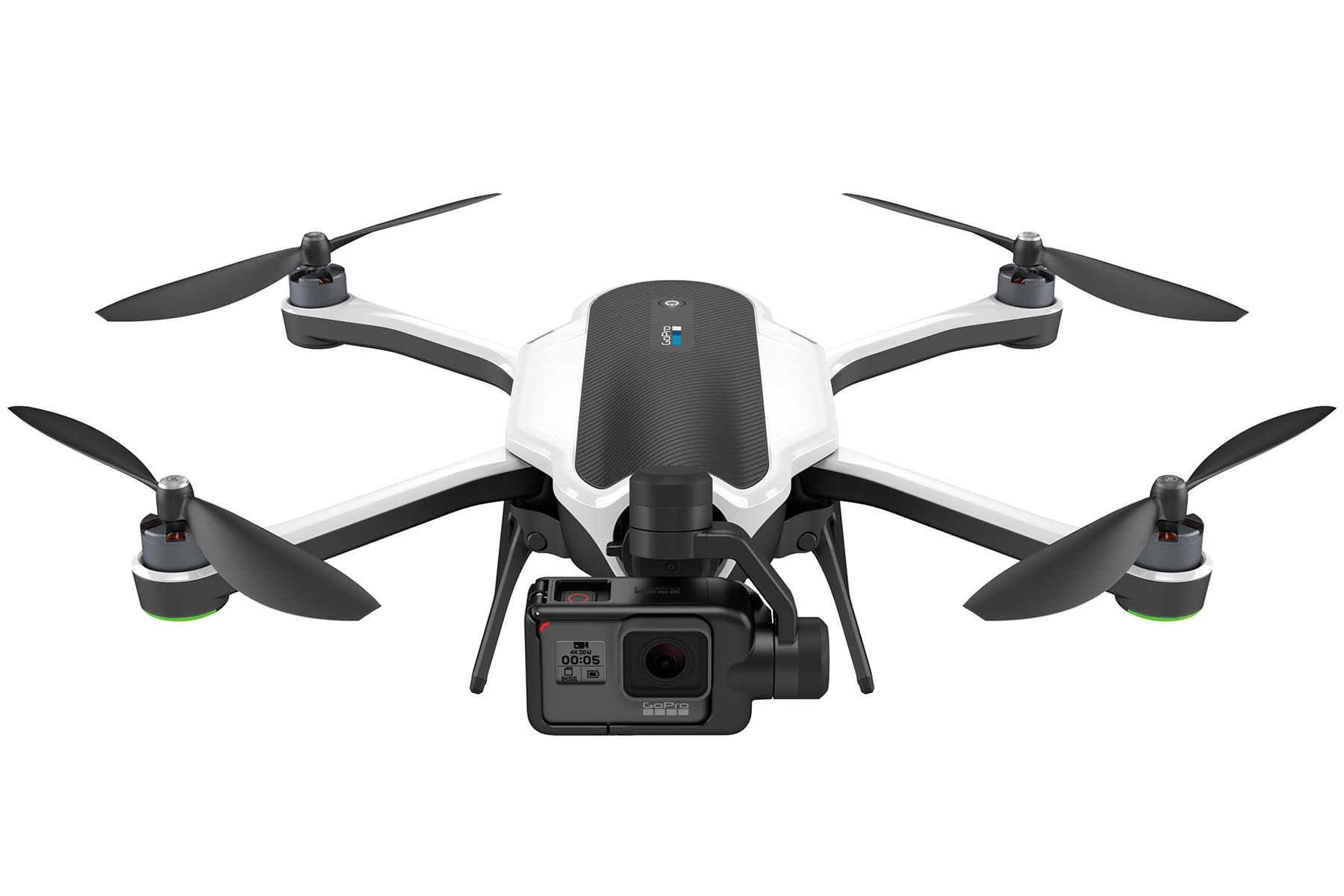 GoPro's foray into drone development has been troubled, to say the least. The highly anticipated Karma launched in the US last October, only to be recalled a few weeks later. The reason? Some of them were falling out of the sky (eesh). As a result, GoPro never released the product in the UK. Until now, that is. Karma has finally arrived in Britain, as well as Spain, Italy and Germany.

A full drone bundle, which comes with a Hero5 Black camera, will run you 1,400 euros, or £1,200 in the UK. Otherwise you can buy the quadcopter on its own for 1,000 euros, or £870. Notably, the Karma is more expensive than we thought. Originally, the complete bundle was given a £999 price tag in the UK, but it appears that's now risen by as much as £200. We've asked GoPro for the reason behind the price hike, but suspect it's Brexit-related.

As my colleague James Trew noted, it's a decent drone with stiff competition. It's hard not to compare the Karma with DJI's Mavic Pro, a smaller and lighter drone (which is important, given both are designed to be portable) which runs for £1,099 in the UK, camera included. It's also faster, and has a longer flight time, giving it the edge in most situations. If you're a filmmaker, however, you might prefer GoPro's cameras to the one in the Mavic Pro. That decision will always be subjective, so it's worth looking at example footage online before making a purchase.

In this article: actioncamera, cameras, drone, gear, gopro, karma, quadcopter, robots
All products recommended by Engadget are selected by our editorial team, independent of our parent company. Some of our stories include affiliate links. If you buy something through one of these links, we may earn an affiliate commission.