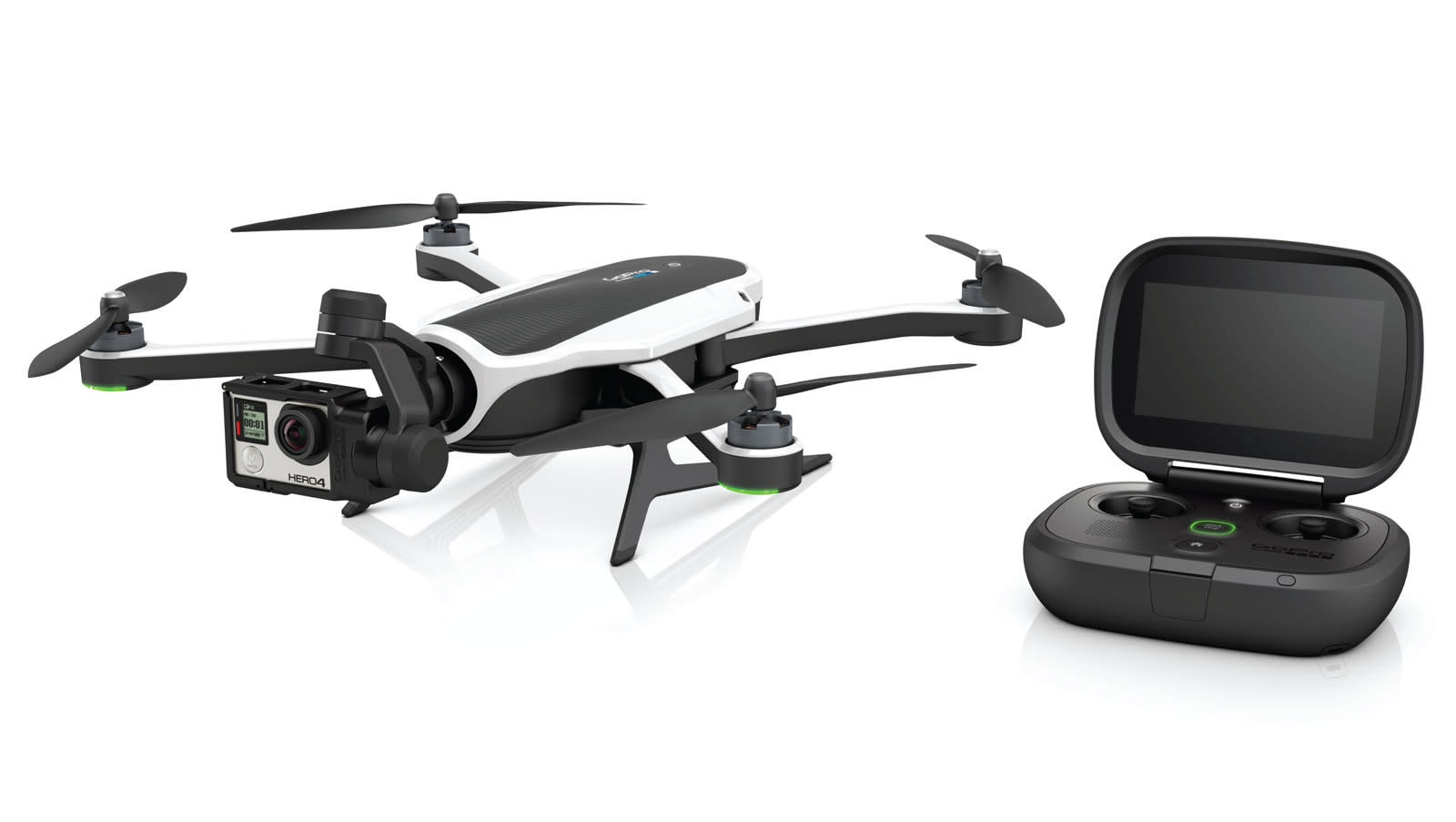 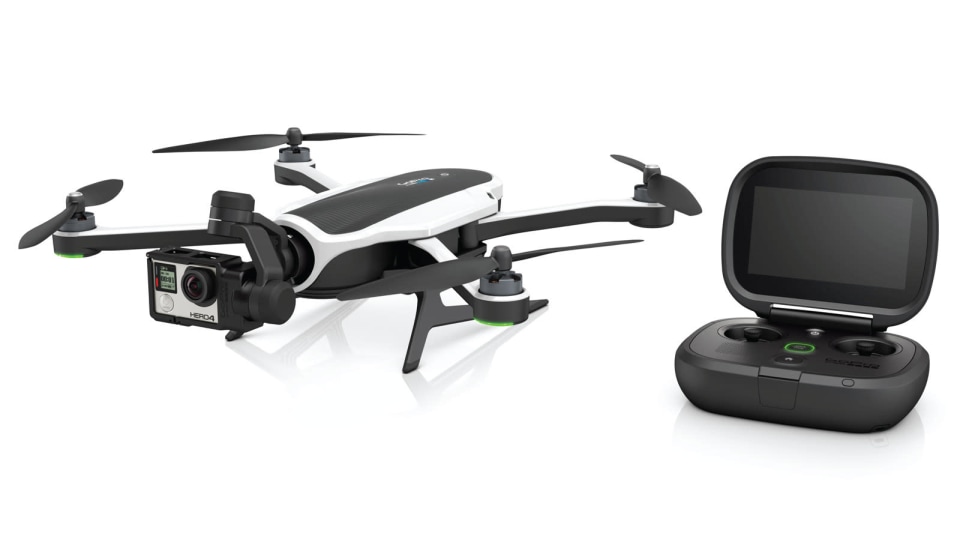 We knew it was coming, but after being delayed earlier this year, GoPro has finally unveiled its Karma drone. The new quadcopter is sleek, compact and foldable, designed to fit in most any backpack. To drive home that point, CEO and Founder Nick Woodman had it on stage all along in plain sight at the company's launch event today in Nevada. Karma also has a gaming-like controller with a built-in touchscreen for controlling the device. Additionally, living up to Woodman's "more than just a drone" claim, Karma's 3-axis stabilizer has a trick up its sleeve -- it slides out from the drone and attaches to an included handheld "Karma Grip" so you can record smooth shots on the ground, too. 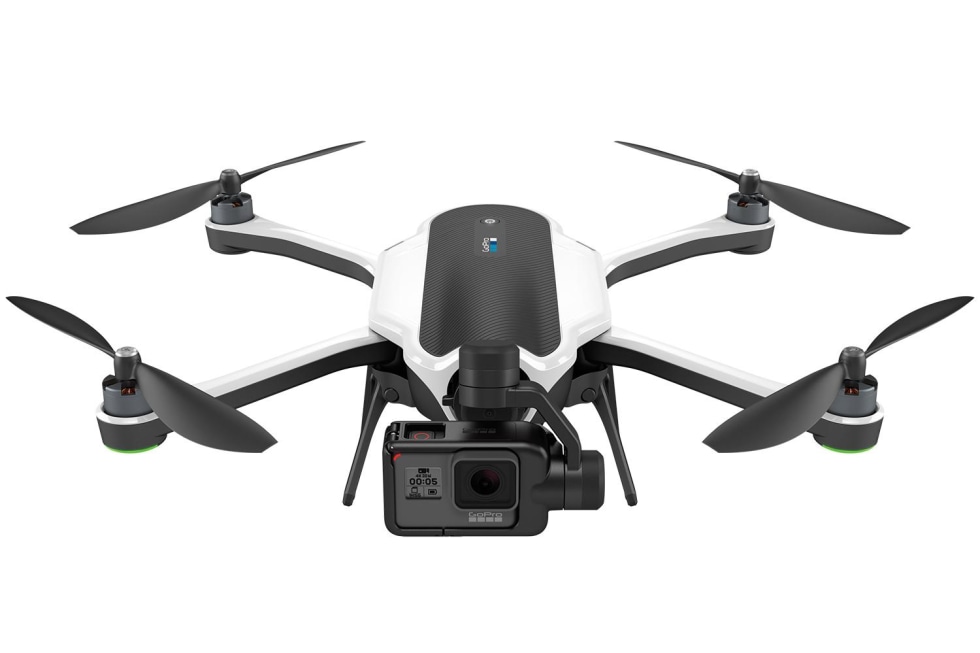 The whole bundle including a Hero5 will cost $1,099. If you prefer to get it with the new Hero5 Session, it's $999, or bring your own camera and it'll cost $799/£720. During the press event today, Woodman was keen to point out that Karma was a stabilization "system" and not just a drone. The quadcopter is, of course, the heart of Karma, but the handheld grip is mountable with regular accessories, which opens the stabilization features to pretty much anything you can stick a GoPro on (though we're fairly sure it's not fully waterproof!).

GoPro today also revealed new Hero5 cameras, both of which feature improved internals and waterproof capabilities without a housing. Those will go on sale October 2nd, with Karma expected to hit the shelves on October 23rd.

In this article: actioncam, actioncamera, cameras, drone, gear, gopro, goprokarma, karma, karmadrone, robots
All products recommended by Engadget are selected by our editorial team, independent of our parent company. Some of our stories include affiliate links. If you buy something through one of these links, we may earn an affiliate commission.