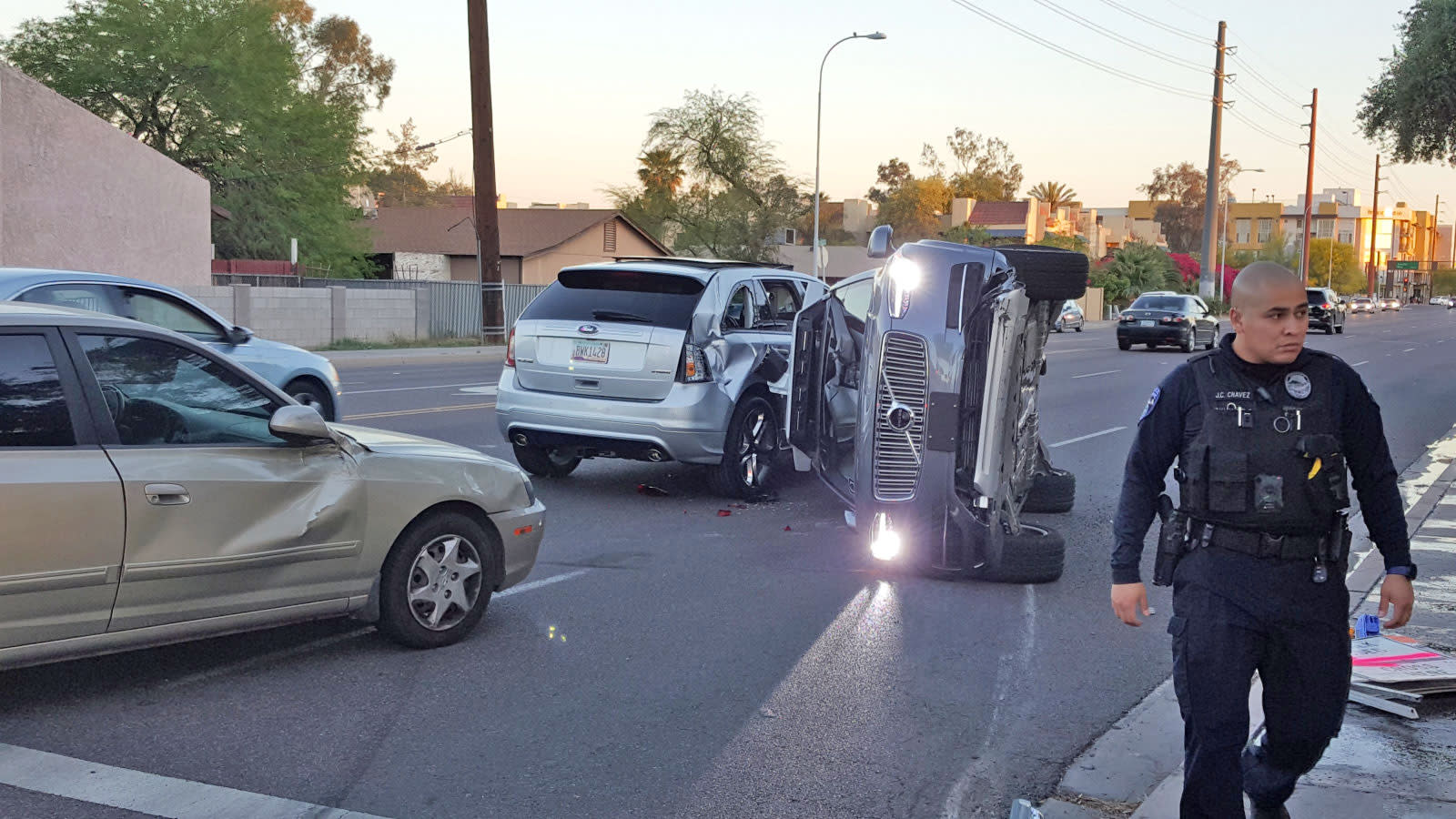 After one of its self-driving Volvos in Tempe, Arizona was struck by another car, Uber temporarily shut down all autonomous testing in the state and in Pittsburgh, Pennsylvania. No major injuries resulted and both sites resumed operations early this week. But even after the Tempe Police Department's report was released today, it's unclear whether the autonomous vehicle took an unnecessary risk and sped up to make the light.

According to Bloomberg's account of the report, it faults the green Honda that turned left into the autonomous Volvo. The Uber employees sitting in the car's front seat confirmed that it had been set to autonomous mode, and in a statement to the police, said their vehicle was traveling 38 miles per hour, just under the 40 MPH speed limit. But one witness, who didn't realize a human wasn't in control, said that the Uber had appeared to accelerate to make it through the yellow light.

What little details we have provoke questions about the autonomous car's capabilities and decisions. Did its sensors not catch the yellow light? Or did it make a judgment call to enter at a more dangerous moment than waiting for a green? Whether the Uber took an unnecessary risk is unclear, especially since the circumstances aren't certain: For one, the green Honda driver maintained that she couldn't see the autonomous Volvo approaching, while the employees sitting in the Uber stated that they couldn't see the turning car because their vision was blocked by traffic.

In this article: autonomous, crash, gear, Self-drivingCar, transportation, uber
All products recommended by Engadget are selected by our editorial team, independent of our parent company. Some of our stories include affiliate links. If you buy something through one of these links, we may earn an affiliate commission.