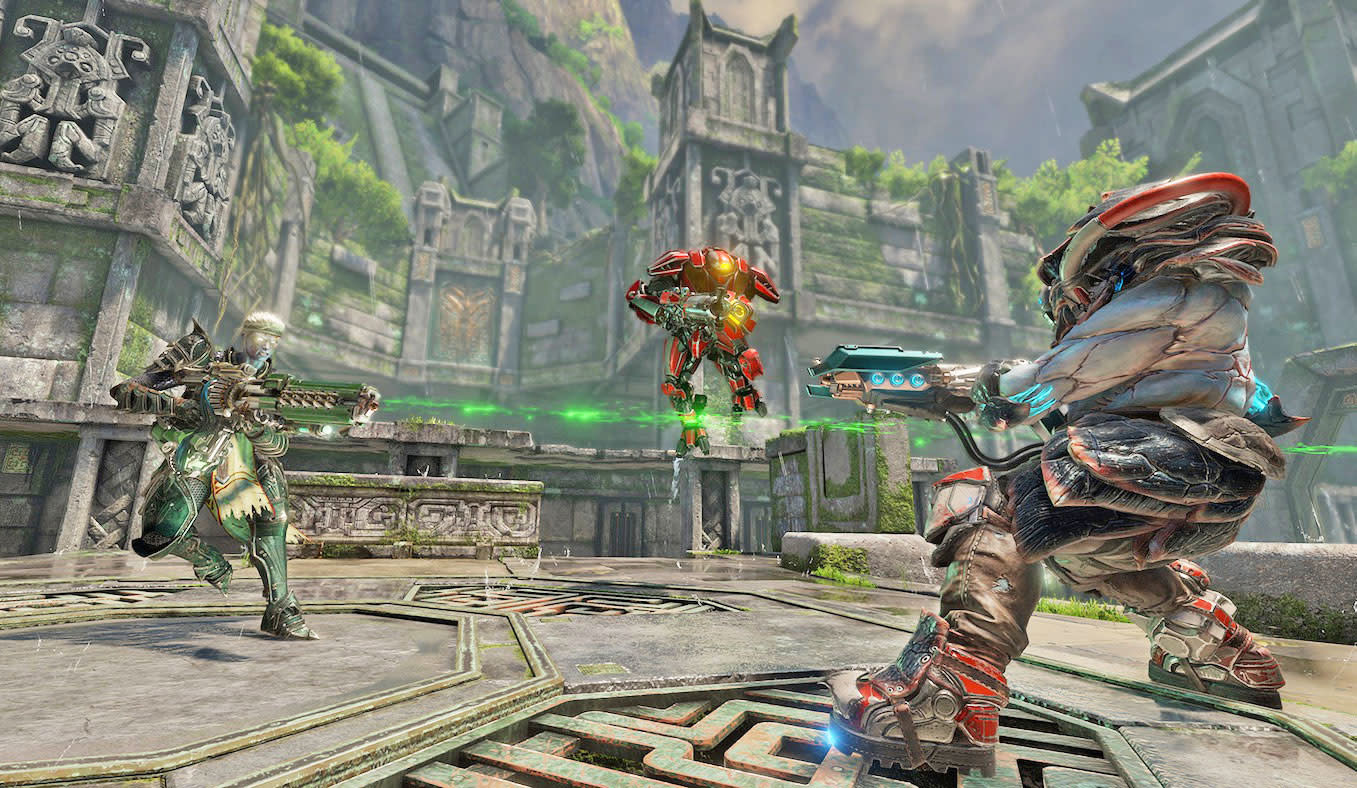 If you're waiting with baited breath for the Quake Champions beta, then you'll soon be able to begin exhaling. The news is out that the game's closed beta will begin on Thursday, April 6th, with additional players being added to it over time. If you haven't yet signed up, you can do so right now at the Quake website, along with pretty much every other gamer in the world.

There's a lot riding on Quake Champions, which its creators are hoping will make it as big a blockbuster as other competitive shooters like Overwatch. For one thing, id Software is promising that the game will play at 120Hz as a pean to pro gamers. After all, faster frame rates equal faster reaction times, the sort of thing that professionals obsess about.

Quake Champions' creators also have designs on cornering the lucrative, and massive, amateur esports market with the game. By making it free to play-ish, combined with the strength of the Quake brand, it should swamp those gaming cafes in eastern Europe and South Korea. Just so long as it can unseat titles like League of Legends and do for Quake what Doom did for the FPS late last year.

In this article: av, ClosedBeta, gaming, Quake, QuakeChampions
All products recommended by Engadget are selected by our editorial team, independent of our parent company. Some of our stories include affiliate links. If you buy something through one of these links, we may earn an affiliate commission.