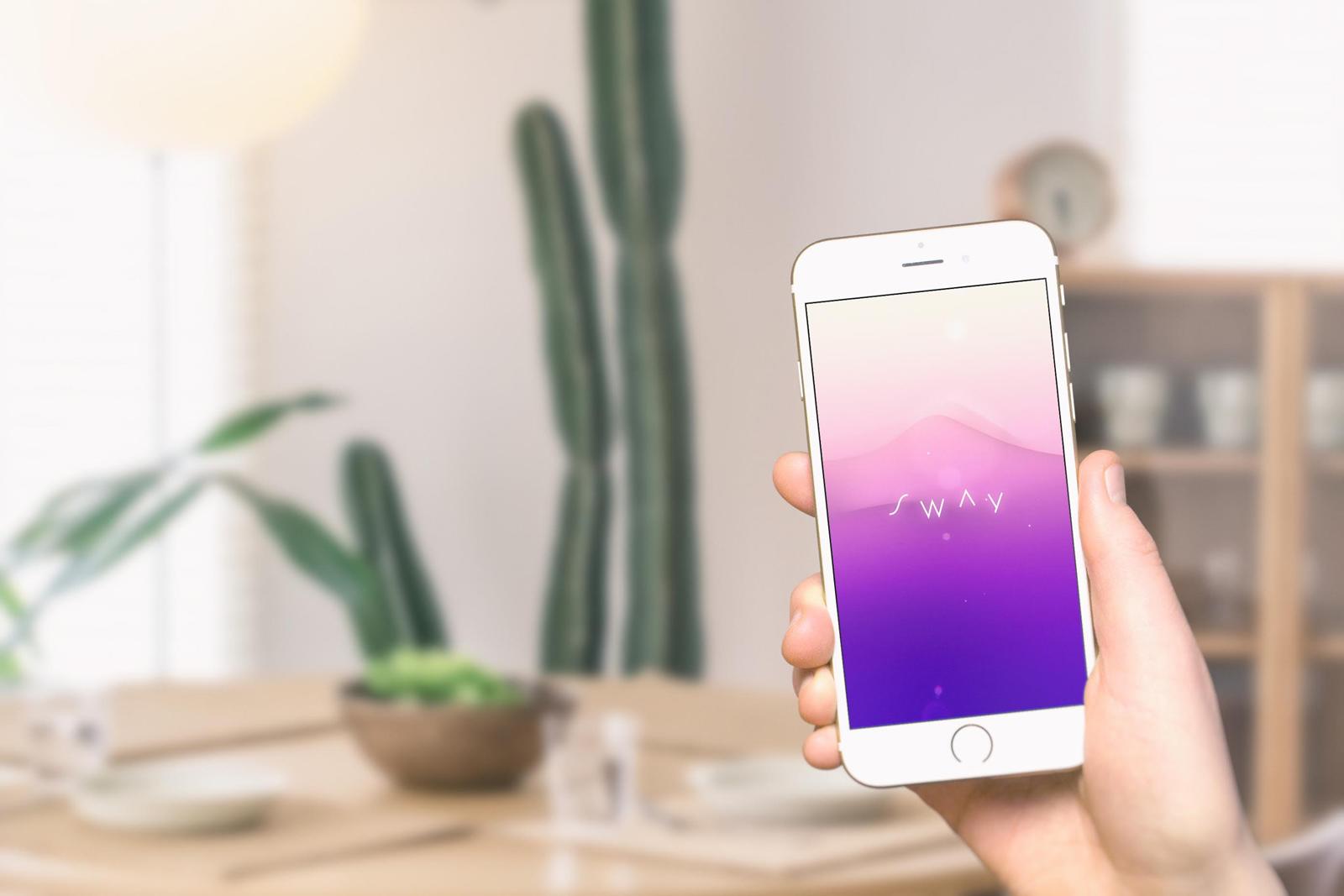 Sway is a smartphone-based meditation (kind of) game, that comes from Ustwo, the company behind acclaimed mobile hit Monument Valley. No, this isn't a dreamily designed puzzler, but the same gentle aesthetics and attention to detail are definitely found in this app's DNA. I got to test Sway a few times earlier this week, and it's a cleverly distracting way to get into mindfulness — something I've been wrestling with over the last few months.

Ustwo's Nordic studio worked with Pauseable, a Danish mental wellness company, to make its "interactive meditation" app, with an aim to getting users racking up at least a few minutes of calm each day. While it's not a game, per se, it works like one. On your first attempt, notch up three minutes and you're upgraded to the next level, up to the top stage where you'll need to meditate for a full 20 minutes. Each level toys with the gentle dreamy landscape you'll see on the phone, and the background noises you'll hear. (The makers recommend headphones -- which makes complete sense.)

Sway uses your phone's sensors to track movement -- you're asked to slowly wave your phone around as you use it — and feedback displayed on the screen will remind you of the task at hand, or that you should slow down. This meditative movement can be triggered by swinging your body, waving your arm (slowly!) or gently walking around.

While the app pitches itself as relying on movement rather than screen interaction, your phone's screen still forms the basis of your feedback — you'll still need to look at your smartphone sometimes. Sway uses a "generative soundscape" built out of ambient and calming sounds, which reminds me of the background melodies in No Mans Sky and even Everything. Similarly, visuals are constantly, gently changing colors and shapes, with the aim of settling the user.

Ustwo has dabbled in relaxation apps before: it launched the paid-for Pause a few years ago, but Sway appears a lot more involved: and has some science to back it up. The app has already been tested with EEG brain scanners in both noisy and quieter situations, where helped to increase relaxation and lowers mental workload levels in test subjects, according to data scrutinised by Dr. Chi Thanh Vi, Human-Computer Interaction Researcher at the University of Sussex. It's another addition to the recent surge in relaxation and meditation tech: if it's not Apple Watch's 'Breathe' feature, it's posture correction and heart-rate monitoring apps. Good health isn't just made in a gym or running around the block. If you're interested in testing out some mildly gamified chill, Sway launches today on Apple's App Store, priced at $2.99.

In this article: culture, gear, medicine, meditation, mobile, relaxation, science, sway, ustwo
All products recommended by Engadget are selected by our editorial team, independent of our parent company. Some of our stories include affiliate links. If you buy something through one of these links, we may earn an affiliate commission.