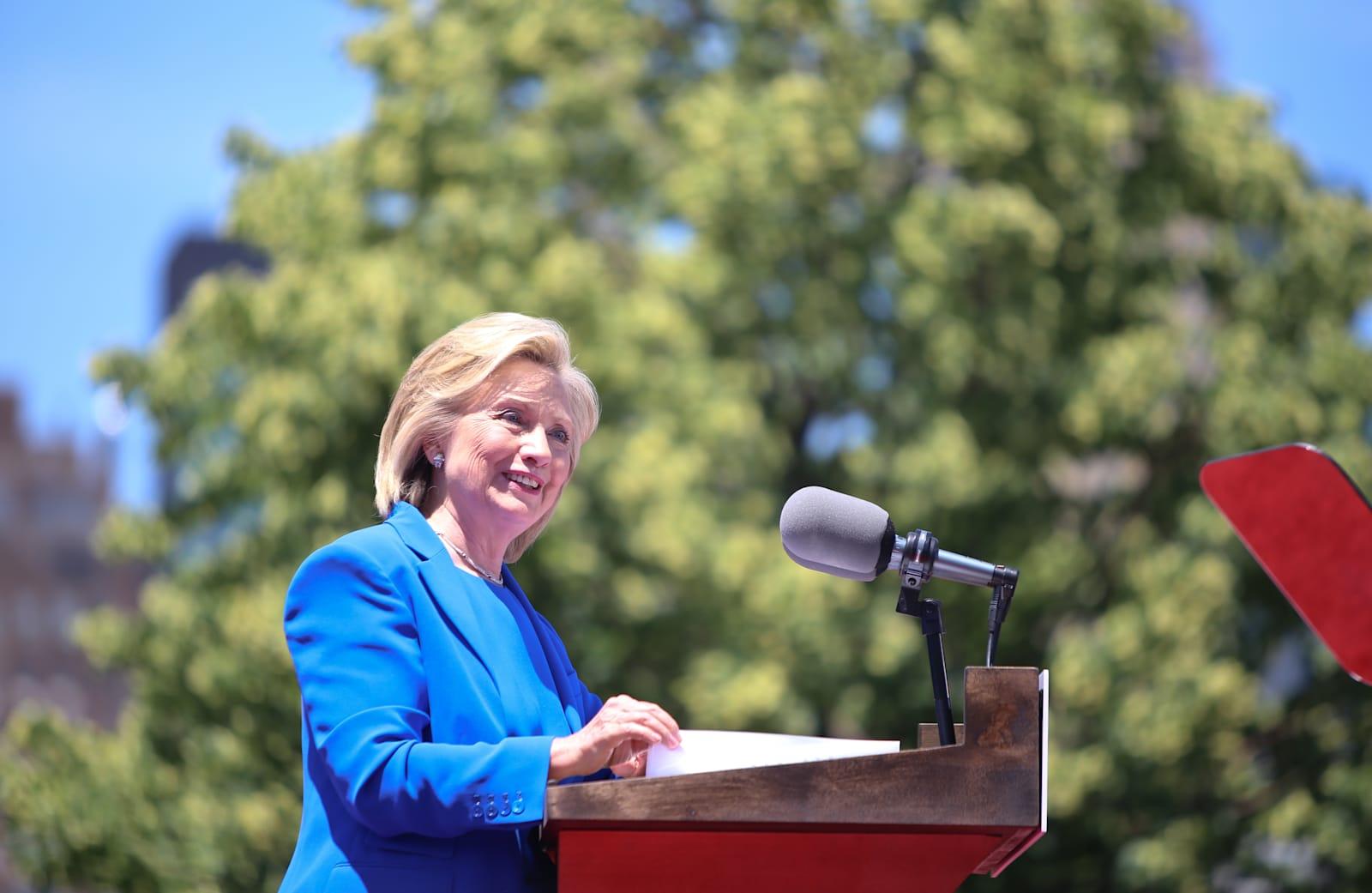 US intelligence agents are pretty sure the Russian government authorized the DNC hacks and leaked Hillary Clinton's emails. While the country continues to deny its involvement, security firm SecureWorks found evidence that it has been targeting Clinton even before the elections began. Apparently, a group of hackers (known by the names APT28, Sofacy and Fancy Bear) working for Russian military intelligence sent 19,315 malicious links to 6,730 people from March 2015 to May 2016. Their targets included Clinton, her campaign chairman John Podesta, her staff, known critics of the Russian government, members of the US military and diplomats around the world.

SecureWorks managed to track their spearphishing operation because they used Bitly to shorten their links and left their accounts public. King's College professor Thomas Rid analyzed the data and told Motherboard that 3,134 people who got the phishing email clicked the link inside. It opened a website that mimicked the Google log-in page, most likely to take advantage of the fact that Clinton's campaign staffers used Gmail. 470 people ended up giving away their passwords. Based on the firm's information, Clinton herself didn't click the malicious links. However, SecureWorks only counted clicks made on the same day the links were sent, so the scheme might have tricked more people, including the nominee.

Motherboard says 12 out of all the victims who clicked the link had their emails leaked to the public via the DCLeaks website and WikiLeaks or by Guccifer 2.0. Rid, who examined the list of recipients, said the target selection is "what you'd expect from a military intelligence agency."

In a statement he prepared for a US Senate Intelligence Committee hearing, he wrote:

"The publicly available evidence that implicates Russian intelligence agencies in the 2016 active measures campaign is extraordinarily strong. The DNC hack can be compared to a carefully executed physical break-in in which the intruders used uniquely identical listening devices; uniquely identical envelopes to carry the stolen files past security; and uniquely identical getaway vehicles."

Meanwhile, Senate Intelligence Committee chairman Mark Warner has also revealed that Kremlin employed over a thousand people to create fake anti-Clinton stories during the campaign period. According to The Independent, the fake stories targeted key swing states, particularly Wisconsin, Michigan and Pennsylvania. He said at a press event:

"We know about the hacking, and selective leaks, but what really concerns me as a former tech guy is at least some reports -- and we've got to get to the bottom of this -- that there were upwards of a thousand internet trolls working out of a facility in Russia, in effect taking over a series of computers which are then called botnets, that can then generate news down to specific areas...

An outside foreign adversary effectively sought to hi-jack the most critical democratic process, the election of a President, and in that process, decided to favor one candidate over another."

In this article: clinton, culture, DNC, DNCHACK, emailhack, gear, HillaryClinton, russian, security
All products recommended by Engadget are selected by our editorial team, independent of our parent company. Some of our stories include affiliate links. If you buy something through one of these links, we may earn an affiliate commission.