A daily clip show designed to dig up the offbeat and interesting stories that get buried by the biggest headlines.
See all articles 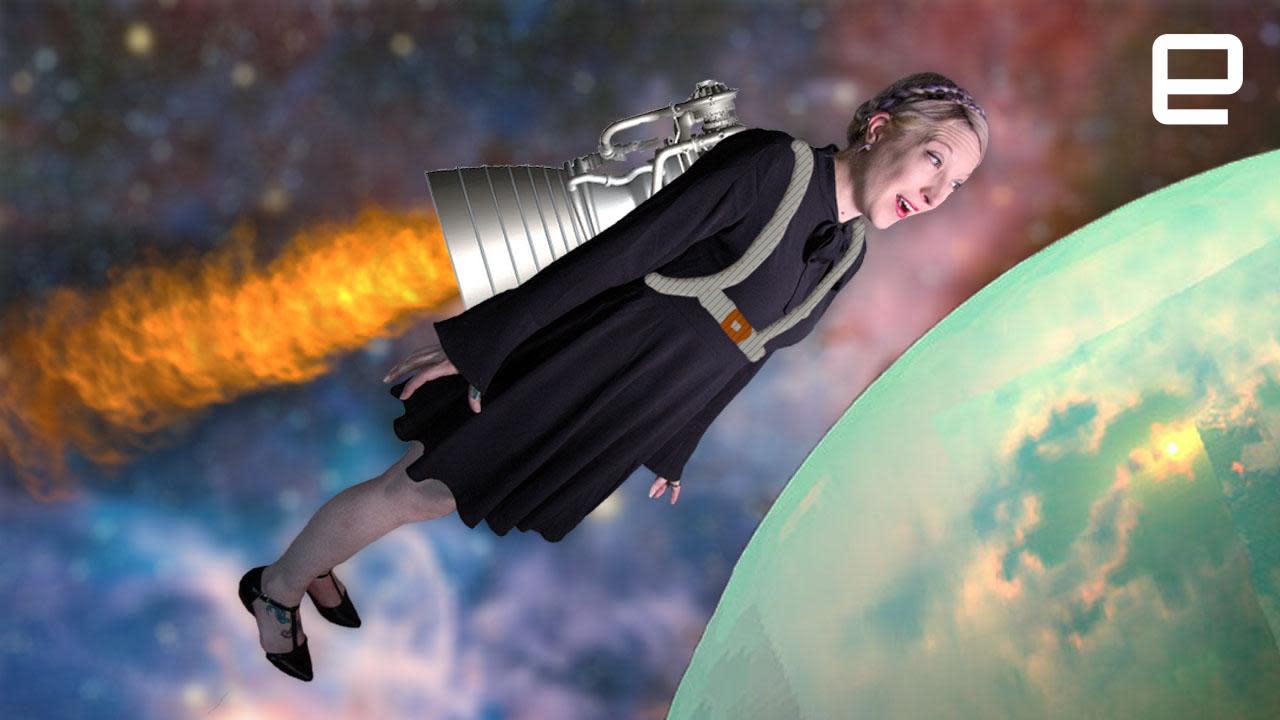 Today on In Case You Missed it: British inventor Richard Browning show us his (slow, careful) flights across a test area using his "Daedelus" jet pack prototype. Daedelus consists of six kerosene-powered microjets strapped to his limbs, which doesn't sound dangerous at all. While that might sound like a bad idea, the system "flies" at a walking pace, and the wearer only hovers about six to ten feet off the ground. For his part, Browning's convinced the jets are safe, stating that he uses small amounts of kerosene and has a dead-man's switch to kill the set-up when not pressed. For now, Browning is mostly shopping the device around at exhibitions, but he hopes it will one day be used by rescue or military personnel.

Meanwhile, at the other end of the rocket science spectrum, NASA's jet propulsion laboratory is working on robots that can withstand roving throughout frozen planets and moons. While scientists would love to be able to explore Europa, or Titan, or subsurface oceans the technology to prepare robotic systems for cryogenic temperatures and rugged terrains doesn't technically exist yet. JPL is developing tools for future robotic rovers to use while tunneling through the frozen crust of a planet, using thermal insulation and a plutonium energy source. The department is also working on a gripper -- or foldable boom arm -- to pick up objects as far as 30 feet away, and a projectile launcher that can shoot objects up to 164 feet. Basically a t-shirt gun, but a bit more fancy.

As always, please share any interesting tech or science videos you find by using the #ICYMI hashtag on Twitter for @Dameright.

In this article: AOLoriginals, diy, do it yourself, doityourself, engadget, EngadgetVideo, entertainment, Europa, gadgetry, gadgets, gear, Geode, ICYMI, incaseyoumissedit, IronMan, jet-powered, JetPack, nasa, NasaJpl, robots, science, space, Titan, video, wearables
All products recommended by Engadget are selected by our editorial team, independent of our parent company. Some of our stories include affiliate links. If you buy something through one of these links, we may earn an affiliate commission.