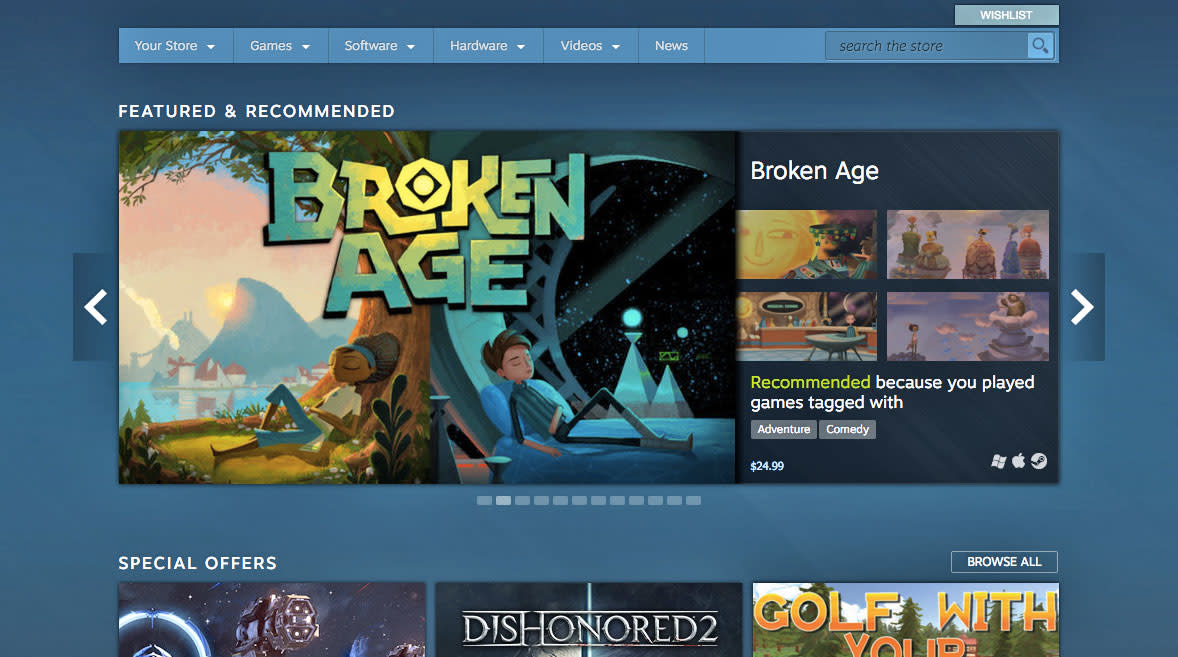 As Steam continues to grow its expansive catalog, Valve is still figuring out how to separate the quality titles and undiscovered indie hits from the legions of mediocre games that are only designed to make a quick buck. The platform is already replacing its community-focused Greenlight program with the new Steam Direct service to help Valve clean up the sea of what it calls "fake games," but it still doesn't solve the problem of surfacing the really good stuff. To combat that problem, Valve is proposing a new system of "Steam Explorers" who will play their way through queues of undiscovered games and flag their favorites to give them a bump in the rankings.

The proposed system was described to two YouTubers and vocal critics of Steam during an in-person meeting at Valve Headquarters, which Kotaku has helpfully summarized here. But the meat of it is essentially a two-tiered revamp of the Curators Program that will happen around the same time as the launch of Steam Direct.

As Ars Technica reports, Curators will soon be able to build top ten lists, embed their own game videos and use some extra search functions to help them sift through the games catalog. Developers will also be able to contact Curators directly through the platform, which should curb some of the attempted fraud that has popped up in the past. Finally, Curators will get insights and analytics about how their links affect game sales and there's a chance Valve may give kickbacks to the most active or influential users in the program. Sponsored Curators have been a problem for the platform in the past, but as Kotaku points out, this last feature has the potential to backfire if curators start to skew (consciously or not) their recommendations towards more popular games -- defeating the purpose of curation in the first place.

The Explorers program, on the other hand, will be open for anyone to sign up and will come with its own set of forums for sharing favorite titles and setting up multiplayer matches. The combination of algorithmic discovery and Explorer approval is meant to help surface unknown titles, but as others have already pointed out, it could still be vulnerable to the same vote-hacking problems that plagued Greenlight.

None of these features are set in stone yet, so it should be noted that Valve could tweak any of them at any point. Most promising perhaps: Valve plans to start giving regular users more data about the games they're seeing and why they are being given a particular recommendation. It's not complete transparency, but will finally give users a better look inside Steam's notorious black box.

In this article: gaming, internet, services, steam, steamdirect, steamexplorers, valve
All products recommended by Engadget are selected by our editorial team, independent of our parent company. Some of our stories include affiliate links. If you buy something through one of these links, we may earn an affiliate commission.