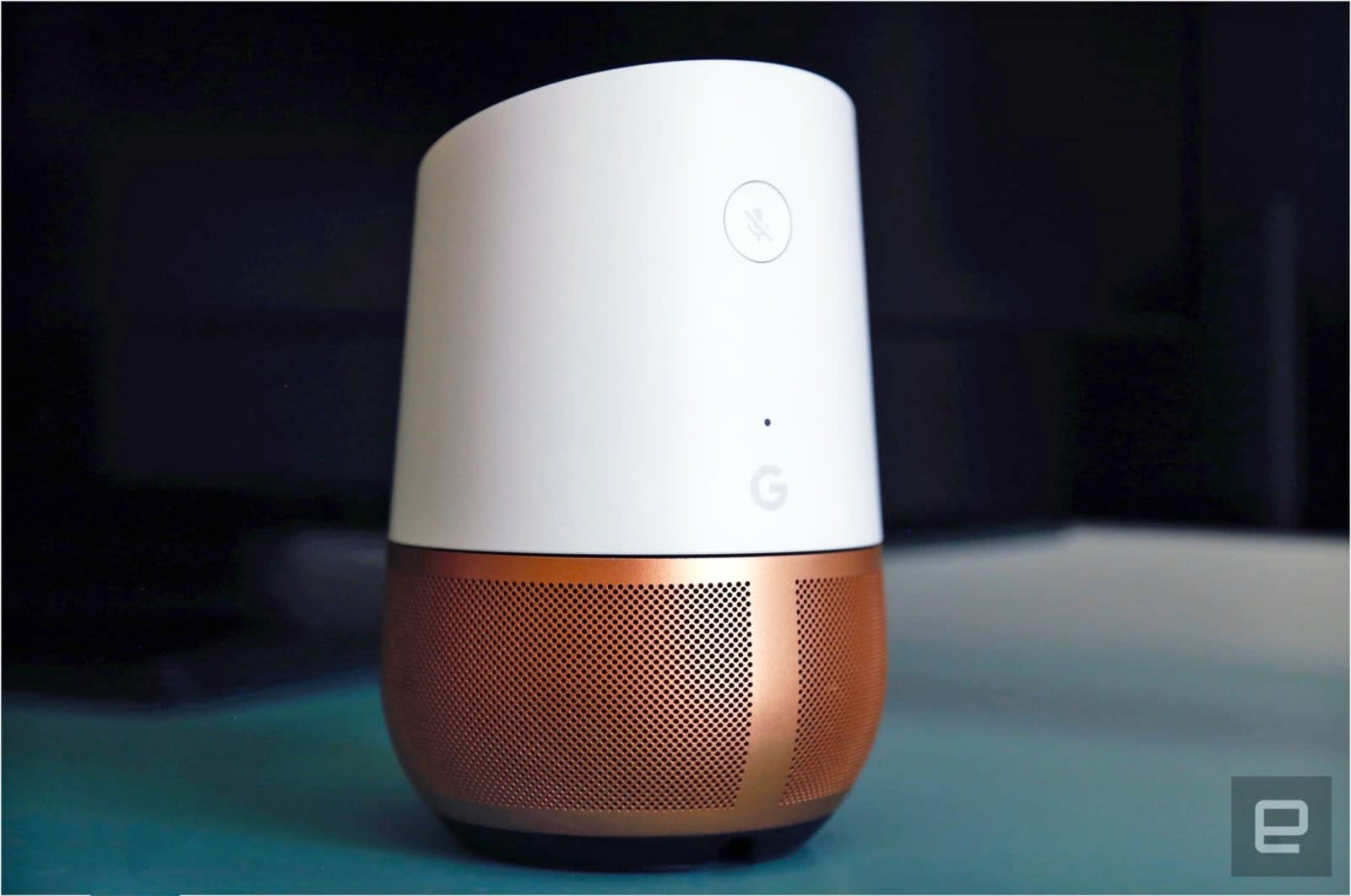 If you're Google and you want the next Home speaker to clearly one-up the Amazon Echo, what do you do? Stick another device inside, apparently. A source speaking to the Information claims that an upcoming Home model will include a built-in WiFi router with mesh networking. You wouldn't need to buy a separate router (like, say, Google WiFi) just to connect devices around your household. And even if you already have a router, this would improve Home's performance by giving it a stronger connection in weak coverage areas.

The tipster also maintains that the original version of Google WiFi had a microphone and speaker for Home-style interactions, but that Google axed it to avoid confusion. It's possible that this version would come back, the source says, but there don't appear to be any definite plans.

There's no mention of a launch date or a price for the router-equipped Home, and that last part is particularly important. If Google asks for no more than the $180 of the Echo, it could lure buyers who want more value out of a speaker or a router. If it's significantly more expensive, however, it might be a tougher decision. Do you really want to pay a premium just to get two devices in one? Google is building momentum for Home, but that doesn't mean that has the cachet needed to justify a higher price.

In this article: av, gadgetry, gadgets, gear, google, googlehome, googlewifi, home, networking, router, speaker, wifi
All products recommended by Engadget are selected by our editorial team, independent of our parent company. Some of our stories include affiliate links. If you buy something through one of these links, we may earn an affiliate commission.