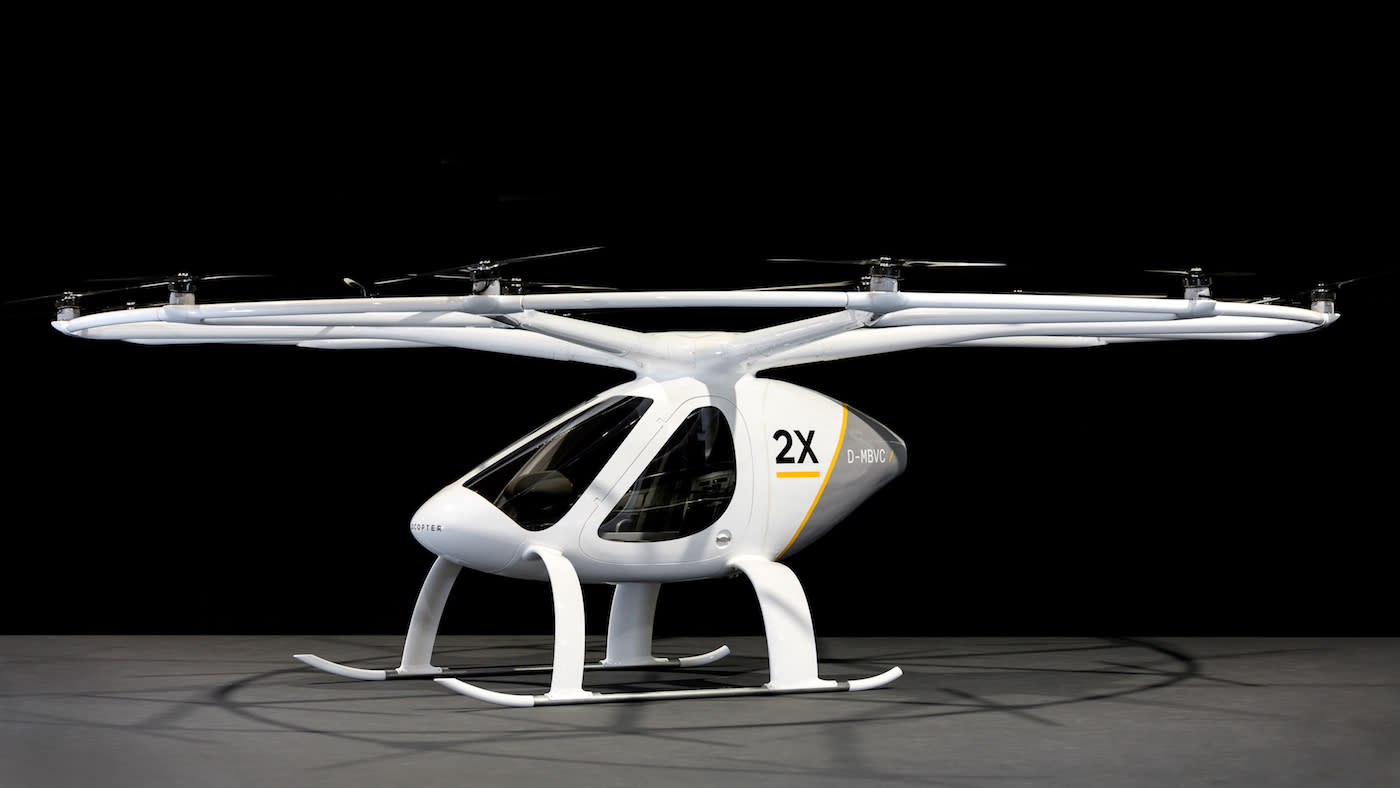 The last time we'd heard about E-Volo's 18-rotor electric helicopter was almost a year ago to the day. The latest news out of the company is that at AERO, an aviation trade show in Germany, E-Volo revealed its latest model, the Volocopter 2X. The firm says that the advantages of this version versus previous iterations (namely, the VC200) are that it's a "consequent evolution" geared toward everyday use as an autonomous urban mobility vehicle. Translation: it could be a pilot-free, or remote-flown taxi for two. "By 2018, the first Volocopter 2X models with special permit are set to be used as flying taxis in pilot projects," a press release reads. E-Volo says that the 2X can be piloted by anyone with a Sport Pilot License and that the aircraft should be pretty easy to fly given its automatic height and position control.

The VTOL (vertical take-off and landing) is electric, so it runs incredibly quietly, which might give it an advantage over things like the Icon A5 personal aircraft. Next up? Getting the 2X certified for flight by the German government and, further out, developing a four-seater model with international approval. Somebody call The Jetson family.

In this article: 2x, AutonomousVehicles, evolo, flyingcar, gear, helicopter, multicopter, taxi, transportation, uav
All products recommended by Engadget are selected by our editorial team, independent of our parent company. Some of our stories include affiliate links. If you buy something through one of these links, we may earn an affiliate commission.