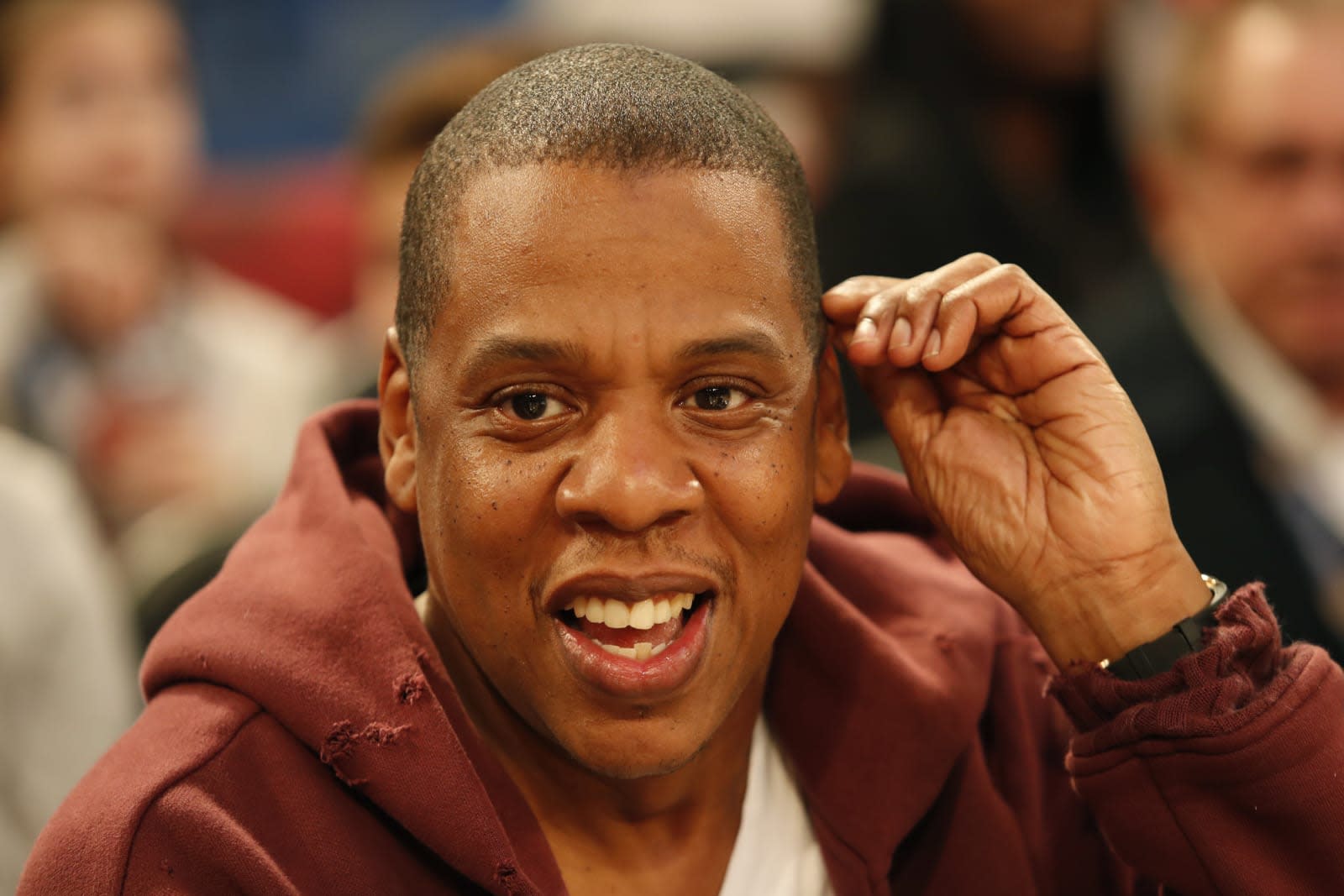 If you were hoping to make Jay Z's "Lucifer" part of your "getting ready to go out" playlist tonight that could be tricky depending on the streaming service you use. That's because as MacRumors and 9to5Mac noticed, Beyoncé's husband has started pulling his solo catalog from the likes of Apple Music and Spotify in favor of his Tidal service. As of press time, Spotify still had singles and his collaboration with R. Kelly Unfinished Business on offer, but a bulk of Shawn Carter's albums are missing. A Spotify spokesperson confirmed the move, saying that "some of his catalog has been removed at the request of the artist."

Over on Apple Music in the UK, Carter's catalog is a little sparse. Reasonable Doubt, Hard Knock Life, In My Lifetime, Collision Course (his 2004 collaboration with Linkin Park), Watch the Throne with Kanye West and the American Gangster soundtrack remain, but The Black Album and The Blueprint are missing in action. Domestically, though, all we're seeing are singles and collaborations like "Big Pimpin'" featuring Pimp C and Bun B. When we reached out to Apple for more information, a spokesperson told us to check with Universal -- signaling that this could be the start of a bigger trend.

Oddly enough, Google Play Music subscribers shouldn't see a difference. Carter's catalog on the search giant's streaming service doesn't seem to have suffered any casualties in what's seemingly an attempt to bolster Tidal's exclusive offerings. Which raises the following question: Does Jay Z not know Play Music exists either? SoundCloud Go hasn't been too affected either, aside from Reasonable Doubt's absence.

In 2015, we saw Prince pull his music from every streaming service aside from Tidal, only for it to return to the likes of Apple Music and Spotify this past February. As we enter this brave new world of streaming this is sadly becoming more and more common. There's no word if this decision will be temporary, but given the timing of Spotify's deal with Universal (this week) it could be that blackout is part of Carte renegotiating for a bigger cut of streaming profits. He has way more control over the business side of his music than other artists do, and he also has his own streaming service.

When Engadget's Billy Steele wrote about Tidal and its business of exclusives back in 2015, he said that it'd be possible that fans -- the folks paying for the music, legally -- could end up losing out thanks to corporate suits deciding what was best for everyone:

"Fair compensation shouldn't be consumers' burden; it's between the artists and the labels that handle licensing deals. Right now, though, it seems possible the streaming-music sandbox mentality could triumph over consumer choice."

Consumer choice seems to be on the losing side today.

In this article: apple, applemusic, business, entertainment, exclusives, google, googleplaymusic, jayz, shawncarter, spotify, streaming, tidal
All products recommended by Engadget are selected by our editorial team, independent of our parent company. Some of our stories include affiliate links. If you buy something through one of these links, we may earn an affiliate commission.