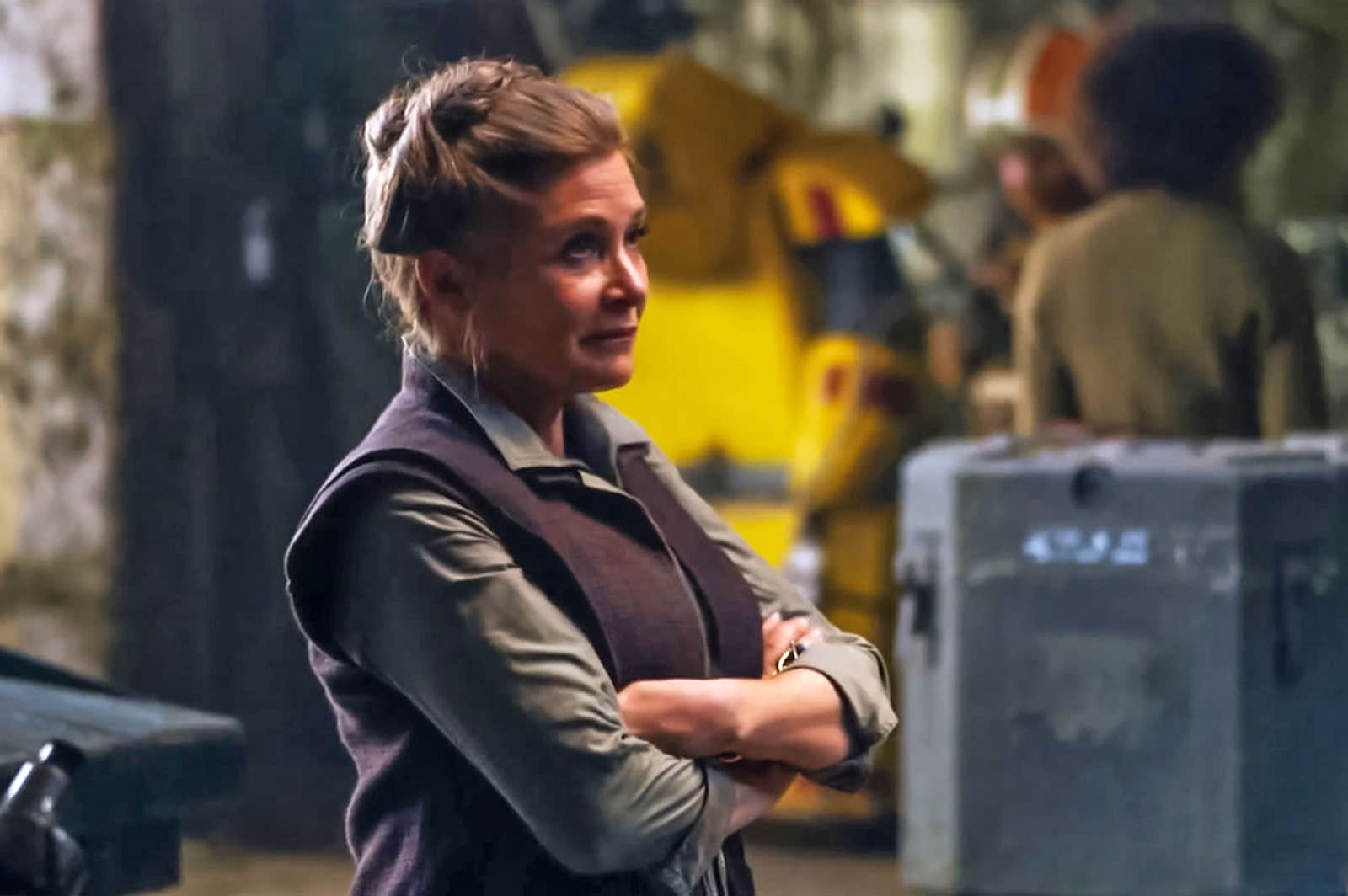 It's not certain just how Carrie would be incorporated into this third movie in the current trilogy. She had already shot her General Leia parts for Episode VIII, so there's definitely more we haven't seen. However, the absence of CG means that the producers may have to be very selective with the footage they use and write scenes around these limitations.

However it's accomplished (assuming it goes ahead as planned), the approach is a stark contrast to Rogue One's heavy use of CG to recreate actors in their Episode IV heyday. It's not necessarily a backlash against CG stand-ins, but it does reflect the delicate nature of using them -- are you paying tribute to legendary figures, or tarnishing their legacy? In this case, it's clear that Disney would rather exercise caution than insist on using technology to preserve its intended storyline.

Update 4/15: Lucasfilm's Kathleen Kennedy has revealed that Carrie Fisher "will not be" in Episode IX after all. While planning for the movie was underway when the actress passed, the script hadn't been written. The team "started over" in January and is writing the movie without Carrie in mind. Kennedy is aware of Todd Fisher's remarks, but says he might have been "confused." In short: it sounds like Todd mistakenly assumed that granting permission was a surefire sign his sister would appear in IX. The debate over using CG for deceased actors isn't finished, of course, but the argument is over as far as this movie is concerned.

In this article: av, carriefisher, cg, cgi, culture, disney, entertainment, episodeix, lucasfilm, movies, starwars, video
All products recommended by Engadget are selected by our editorial team, independent of our parent company. Some of our stories include affiliate links. If you buy something through one of these links, we may earn an affiliate commission.