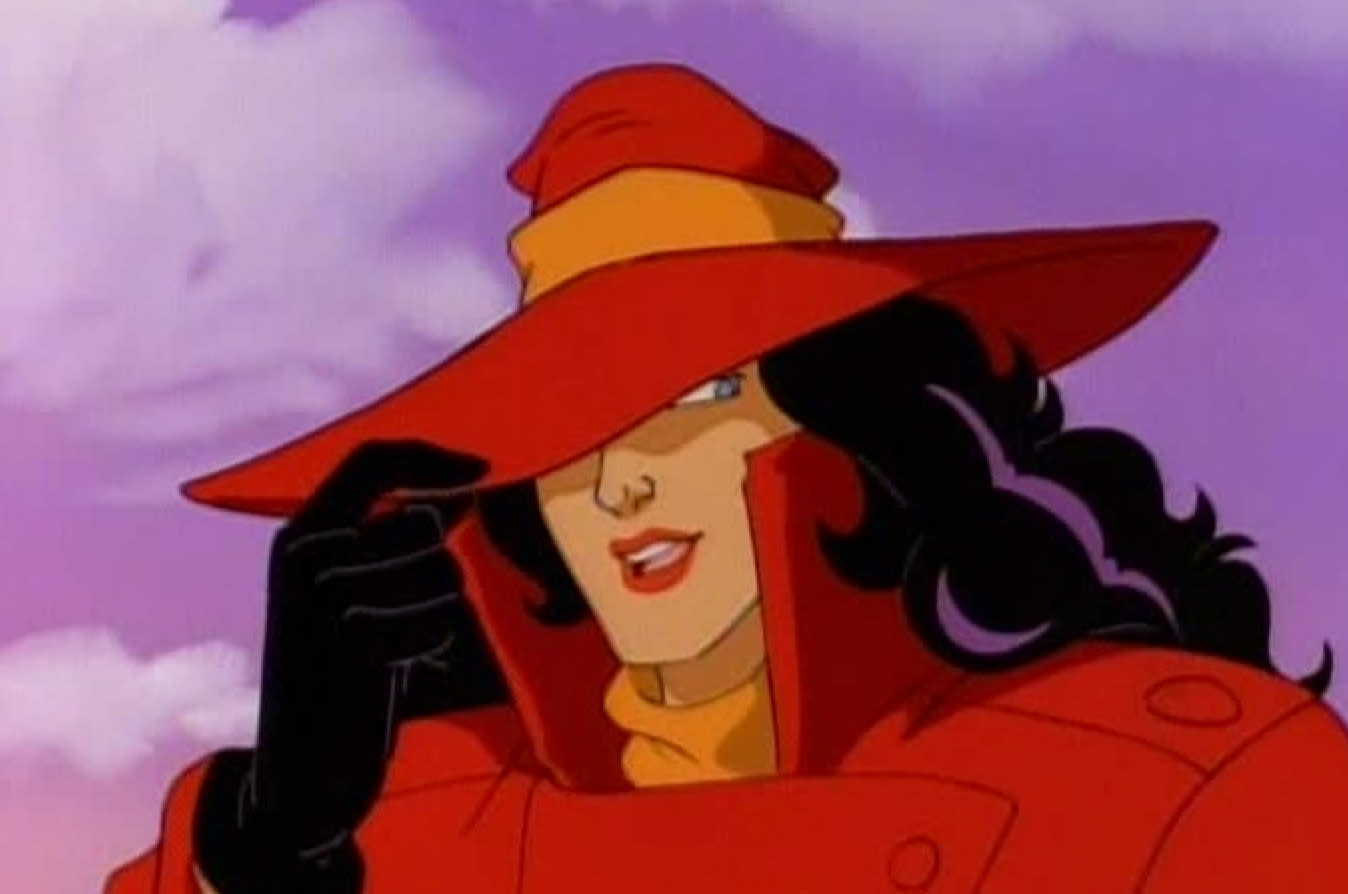 In a bid to answer one of, if not the biggest unsolved mystery of Saturday morning kids' TV, Netflix is making a new Carmen Sandiego show. Twenty animated episodes are apparently on the cards, with Gina Rodriguez, from Jane the Virgin, already cast to voice Carmen Sandiego -- hopefully donning a crimson trench coat as she records her lines.

Carmen Sandiego started off as a live-action game show with awkward costumes, heavy word play and puns, and stealth geography lessons. Netflix's remake sounds closer to Fox's animated series Where on Earth Is Carmen Sandiego that ran from the mid- to late '90s. The show blended travelling the world with time travel, with early internet and computer game references a-plenty. For further temporal / third wall confusion, the entire show took place inside a video game, with the protagonists often talking and interacting with an off-camera kid and his giant, beige desktop PC.

In my still-developing tween brain, the original animated show struck the perfect balance between morning cartoon and, ugh, "edutainment". Netflix appears to be making moves into this with its recent kids programming: The Magic School Bus is also set to be revived. The streaming service hasn't detailed when the show might arrive, but I'd offer one word of warning: don't you dare ruin the theme song.

In this article: carmen, carmensandiego, culture, internet, netflix, whereonearthiscarmensandiego
All products recommended by Engadget are selected by our editorial team, independent of our parent company. Some of our stories include affiliate links. If you buy something through one of these links, we may earn an affiliate commission.