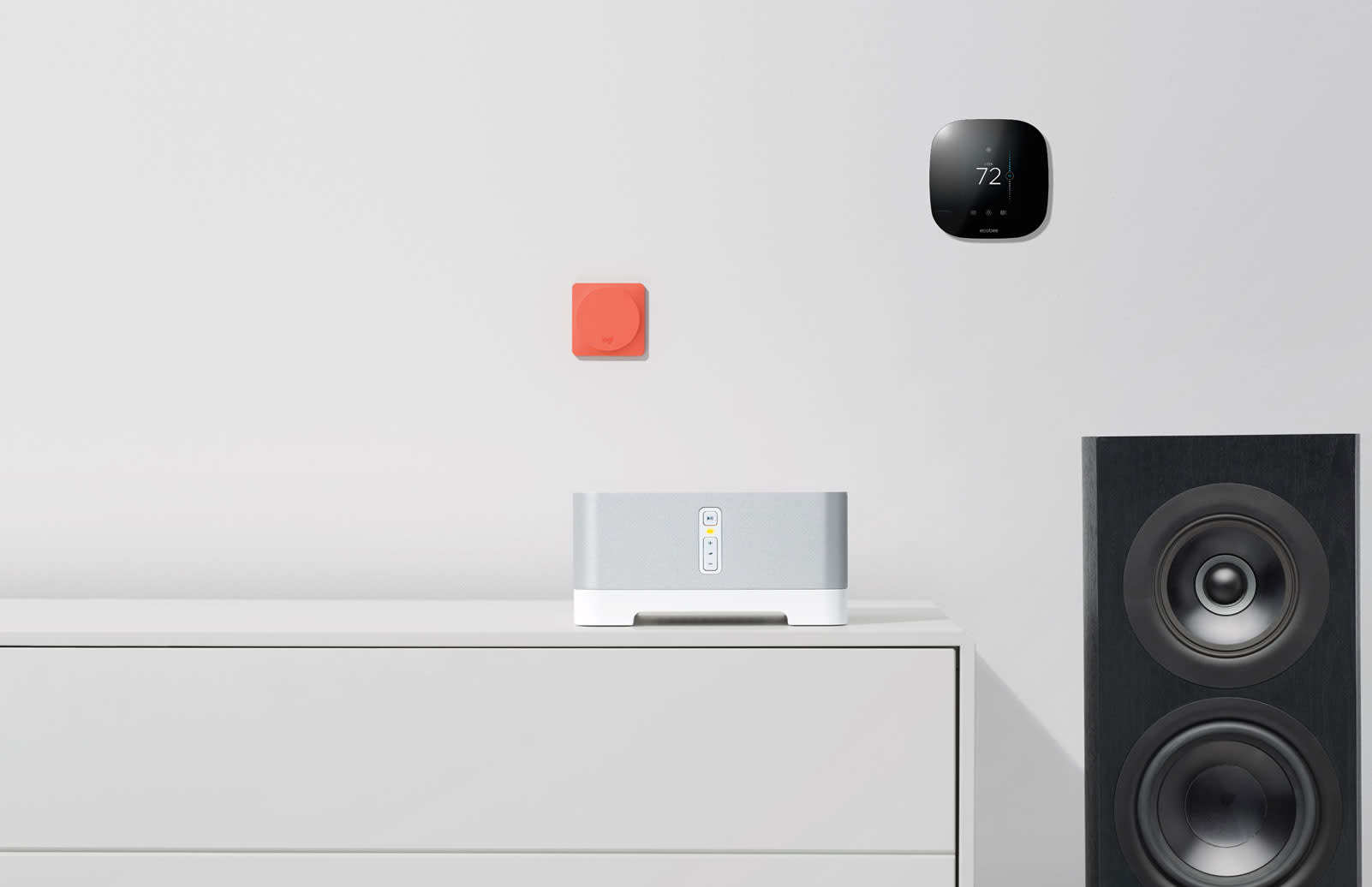 Smart devices give you more control of your home while simultaneously making it more complicated. Logitech launched its Pop Smart Button last year to help simplify things a bit, and now they've made it more useful with Apple HomeKit compatibility. That'll let you control any HomeKit peripheral using the button, including Honeywell Lyric thermostats, Philips Hue Lights, iHome smartplugs and more. There is a catch: You'll need the Pop button bridge, which will be sold exclusively by Apple to start with.

As before, you can set up the Pop button to do multiple actions like turning on lights, security systems and other things. It already works with non-Apple devices like Sonos music systems, SmartThings devices, Hunter Douglas blinds and Logitech's own Harmony remotes. HomeKit support gives users a few more options, including Apple TV support and a wider range of peripherals. It comes pre-paired with HomeKit out of the box, so setup is relatively simple, too.

Once set up, you can run three different programs with one button by single-pressing, double-pressing and long-pressing. If that doesn't cut it, you can simply add extra buttons. Owners of earlier Pop Home Switches can update the software to get compatibility with all new Logitech-supported home devices, but not Apple's HomeKit, unfortunately.

Logitech's Pop Smart Button kit starts at $60 including the bridge and one button, and extra buttons (in white, alloy, coral and teal) run $40 each. As mentioned, they'll be exclusively at Apple Stores and Apple.com soon, and coming to other retailers "later this year," Logitech says.

In this article: Apple, button, gear, home, Homekit, Logitech, Pop, PopSmartButton, SmartHome
All products recommended by Engadget are selected by our editorial team, independent of our parent company. Some of our stories include affiliate links. If you buy something through one of these links, we may earn an affiliate commission.