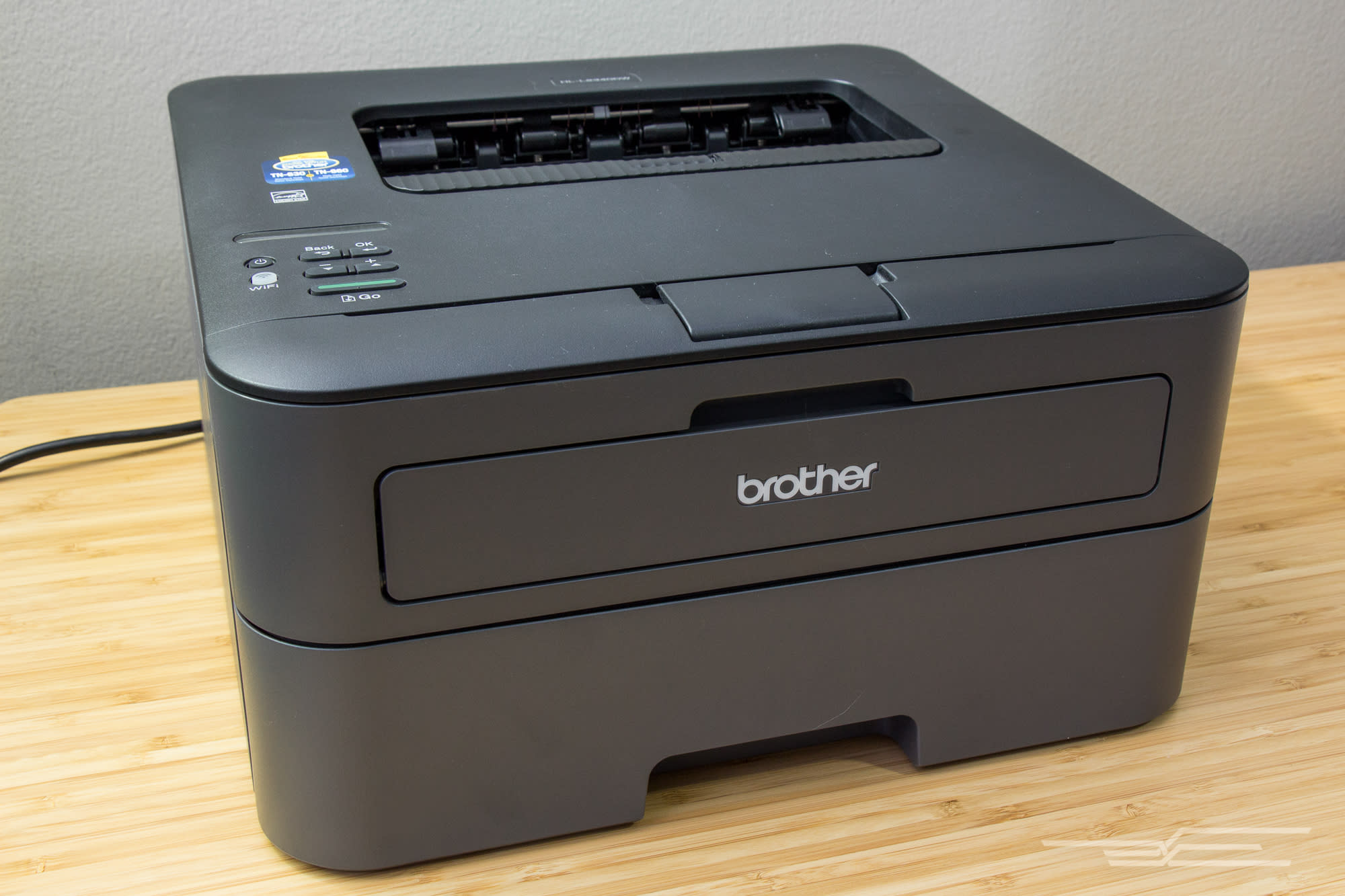 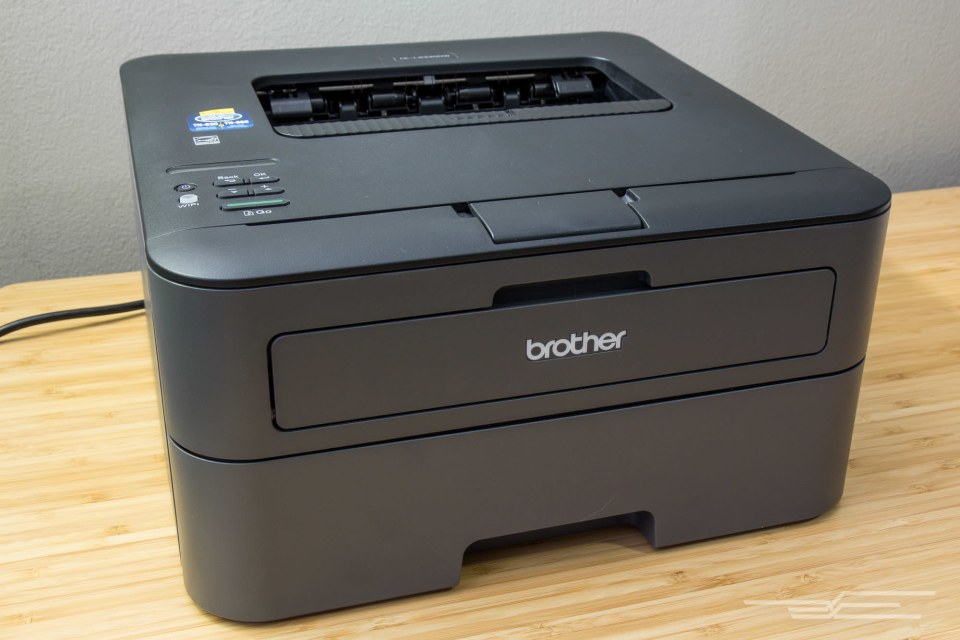 By Ben Keough and Liam McCabe

After nearly 250 hours of research and testing over the past few years, we've found that the best choice for an affordable laser printer right now is the Brother HL-L2340DW. Among the dozens of laser printers we've looked at, the L2340DW is one of the most economical and least frustrating models you can buy.

If you print less than once a week on average, or mostly print text-first documents—like school assignments, invoices, shipping labels, tax forms, real estate applications, personal records, permission slips, tickets—a mono laser printer is probably all you need. Assuming, that is, you really need a printer at all.

Compared with inkjet printers, laser printers cost more to buy, but less to own over time because the toner is so cheap. Lasers won't cause as much stress as inkjets, either, because they never clog, and their large toner cartridges can print at least twice as many pages as a typical ink cartridge before they need to be replaced. Laser printers also tend to be faster than inkjets, and they usually produce sharper-looking text as well.

So who shouldn't get a laser printer? If you don't have a lot of money to spend but need to print in color, an inkjet printer is the only way to go. Inkjets are also the only (relatively) affordable way to print glossy, high-quality photos at home. And a decent inkjet that can scan, copy, and print in color costs much less than a color laser machine with the same features. We recommend some decent inkjet machines here. Based on the best-seller lists at major retailers, most people want a printer that's affordable, with a low cost per page and minimal maintenance—a simple machine that can handle basic jobs. Most of those printers are monochrome laser printers, so we focused on those when considering candidates for our main pick.

To start, we scouted for all the current monochrome (black and white) laser printers we could find for under $200. Then we whittled these down to printer-only models (we considered copy/scan models separately), and those with automatic duplex printing, Wi-Fi, and support for mobile printing. We also favored models with cheaper toner costs. To weed out any clunkers that had good specs but poor real-world performance, we read through dozens of customer reviews and editorial reviews.

Plenty of people want a copier and scanner in addition to a printer, so we also sought out a great monochrome multifunction printer.

We set up each printer on both a Windows PC and a Mac, following the manufacturer's instructions and trying to use Wi-Fi where possible. We considered setup a success once we could print a page from a Web browser and then shut the printer off, turn it back on, and get it to print again. We also tested other connectivity standards, which you can read about in our full guide.

For print-quality testing, we used reference documents that were predominantly text-based, with some elements like columns, tables, or charts.

We also checked out each printer's quality options, including toner-density sliders and any available print-resolution settings, to see what you can expect with toner-saving options and whether we could eke out better-looking text.

We stress-tested all the paper-feeding parts of each printer, including the main paper trays and document feeders if the printer had one. We (slightly) overstuffed them with paper to see if they'd jam, and we also fed them single sheets to see if they could pick up each. For more on our testing procedures, see our full guide. The Brother HL-L2340DW (pictured) and HL-L2360DW fit onto (or under) most desks. Photo: Kimber Streams

The Brother HL-L2340DW monochrome laser printer is the laser printer that we think will work the best for most people. Toner is a bargain, and it was easier to add to a simple home network than other models like it. All the crucial features you can expect from a decent document printer are here: Wi-Fi, auto duplexing, and support for important mobile printing standards. Text is crisp, and print speed is as fast as you'd ever need in a home office.

Though the L2340DW's default print quality is worse than that of its closest competitor, the Samsung M2835DW, it's fine for most home use. If you boost the print-quality setting, the difference mostly vanishes anyway. Even with that downside, we think the L2340DW is the better affordable laser printer overall because it's easier to set up and troubleshoot, and user reviews suggest that it's more reliable over a couple of years, too. You probably (probably) won't ever feel like beating the L2340DW to a pulp Office Space style.

The best thing about the L2340DW is the dirt-cheap cost of ownership. It uses only about 1.7¢ worth of toner per page. Even counting the wear on the drum, the cost works out to about 2.3¢—less than most other residential printers out there. Compared with a similarly low-cost inkjet printer, you'll save something like $20 per year on document printing even if you print just 500 pages per year. The more you print, the more the math favors the Brother.

The HL-L2360DW is the fraternal-twin Brother (hey-o!) to the HL-L2340DW, and is worth grabbing if it's cheaper, or if you need an Ethernet port. The L2360DW can print a few extra pages per minute, but both printers are wicked fast for home-use standards, and you probably won't notice the difference. From what we've seen so far, the L2360DW tends to cost a few dollars more than the L2340DW, and isn't available at as many stores. But again, the differences hardly matter—follow your wallet. The Samsung M2875DW laser printer/scanner/copier is tall, but it has the same footprint as print-only mono laser machines. Photo: Ben Keough

If you want an affordable printer that can also copy and scan, the Samsung Xpress M2875DW mono laser is our favorite option. The cost of operation is low, and this printer is easier to install than most of its competitors. It also has a 50-page auto document feeder, whereas many of its competitors have only a flatbed scanner. The ADF makes copying and scanning multipage documents much easier. The M2875DW also has reliable Wi-Fi connectivity, auto duplex printing, convenient mobile apps, and support for both AirPrint and Google Cloud Print. We think it's best for home users, but it could work for a small office with modest needs.

In this article: brother, gadgetry, gadgets, gear, LaserPrinter, partner, printer, printers, samsung, syndicated, thewirecutter, wirecutter
All products recommended by Engadget are selected by our editorial team, independent of our parent company. Some of our stories include affiliate links. If you buy something through one of these links, we may earn an affiliate commission.