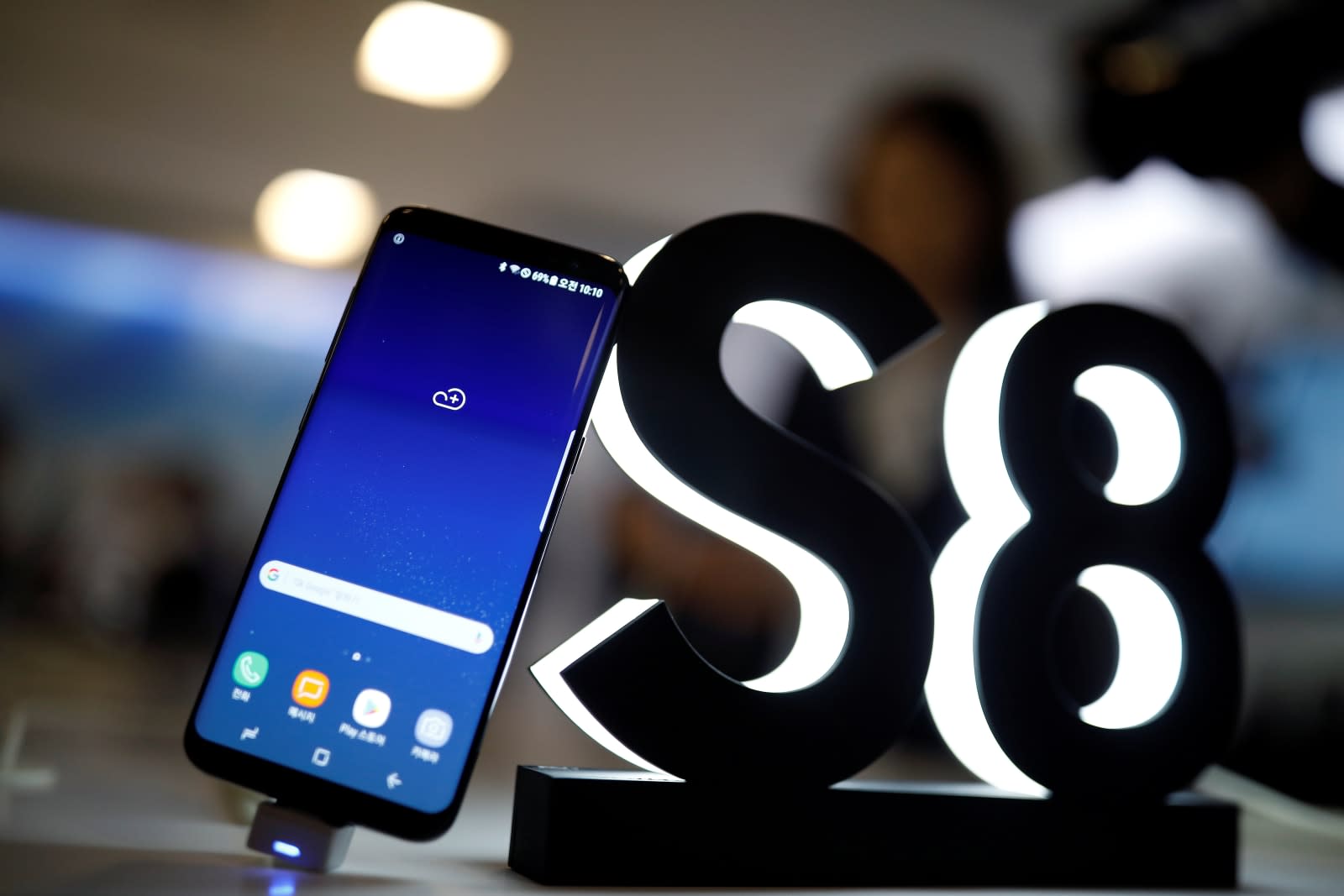 As Samsung was readying the Galaxy S8, everyone wondered if the company would be able to recover from the disastrous, exploding Note 7. From a pure quality of hardware perspective, the S8 appears to be a home run -- as long as nothing unexpected happens. The other question is whether customers would reject Samsung after the hit it took last year, but it sounds like that hasn't happened: Samsung says that pre-orders for the S8 and S8+ were the best it has ever seen.

Specifically, the company says that pre-sales for the two devices were up 30 percent compared to the Galaxy S7 pre-orders from 2016. Samsung said the S7 was the previous best launch it had, but now that title is held by the company's latest smartphone. Of course, Samsung isn't giving us any hard numbers so it's hard to say just how well this launch went compared to how the iPhone 7 went last fall, for example. But in July, Samsung will report its quarterly financials -- and we'll get a better idea of how the S8's launch affected the company's bottom line then.

In the meantime, Galaxy S8 owners will have a software update to keep an eye out for. It's a fix for the first little bug to plague the phone: a screen that looks to be more red-tinted than most would like. Samsung confirmed there's nothing wrong with the phone's screen and said that a software update adjusting the screen's color calibration will be coming this week.

In this article: galaxys7, galaxys8, galaxys8plus, gear, mobile, sales, samsung
All products recommended by Engadget are selected by our editorial team, independent of our parent company. Some of our stories include affiliate links. If you buy something through one of these links, we may earn an affiliate commission.