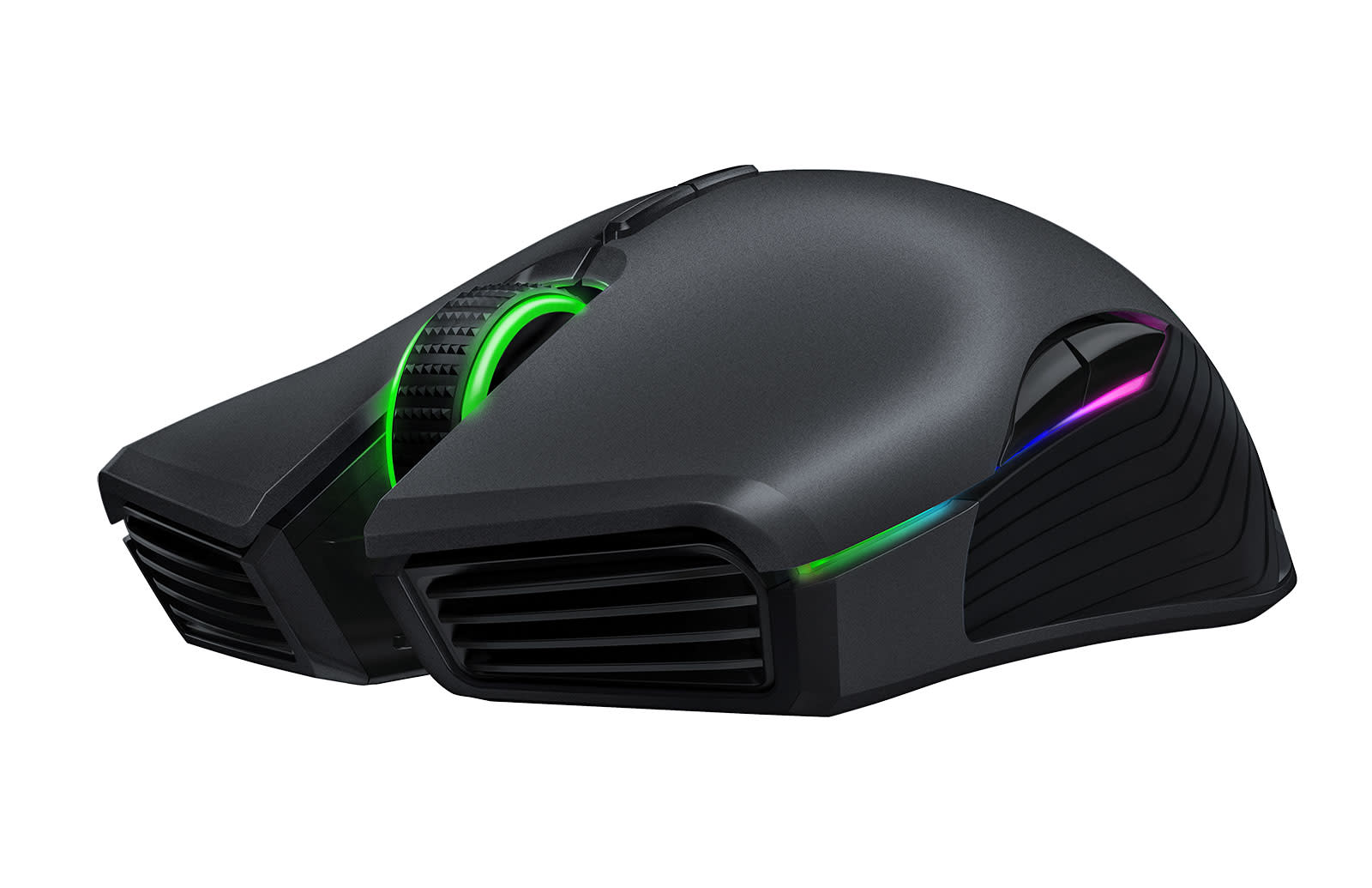 For pro gamers, wired mice have always been the only option, but now it looks like Razer is trying to change that. Following in the footsteps of Roccat, the peripheral company is releasing Lancehead - a wireless mouse which it claims is the most reliable ever made. Powered by Razer's new Adaptive Frequency Technology, the mouse automatically switches between the strongest frequencies available within its 2.4 Ghz band - resulting in lag-free mouse movement. As well as boasting a resolution accuracy of 99.4 percent, the Lancehead also allows users to save mouse settings directly to the device while simultaneously uploading them to the cloud.

With eSports players usually swearing by wired mice, the new tech means that Lancehead could be the first wireless mouse that's widely adopted by pro gamers. The cloud features (going under the name of Razer Synapse Pro) make a lot of sense for eSports, giving players the ability to easily keep their exact mouse settings wherever they go. Yet while Lancehead owners will get exclusive access to the beta version of Synapse Pro, it's unclear as to whether they'll have to evntually shell out for the full service.

In this article: av, esports, gaming, mice, PcGaming, ProGaming, razer, WirelessMouse
All products recommended by Engadget are selected by our editorial team, independent of our parent company. Some of our stories include affiliate links. If you buy something through one of these links, we may earn an affiliate commission.