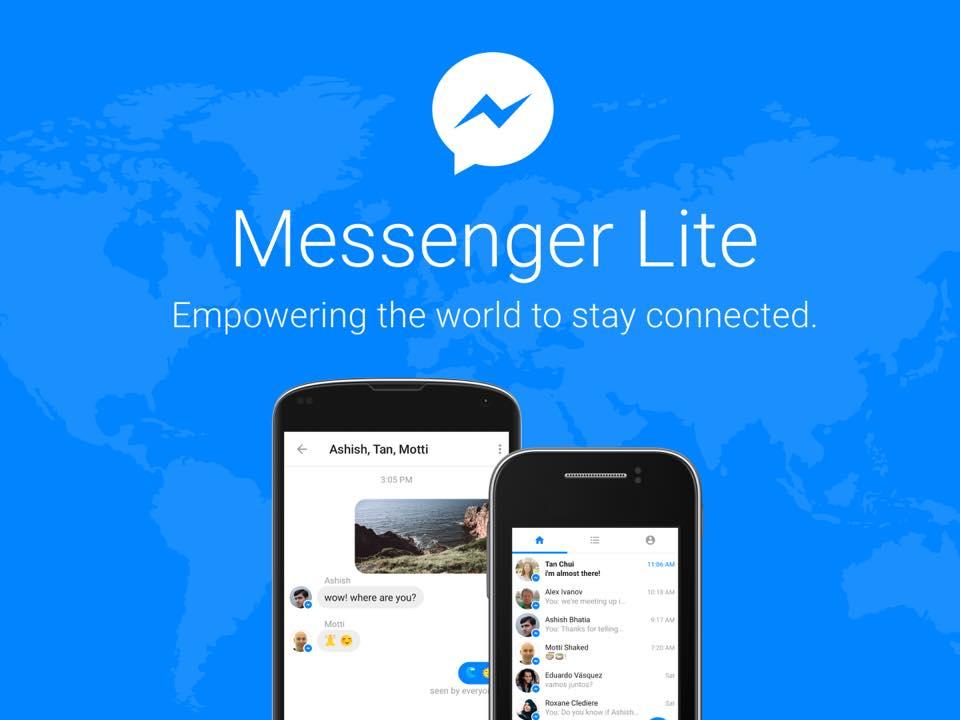 From the text-only Facebook Zero way back in 2010, to more recent Project Aquila, Mark Zuckerberg and company have made it clear that reaching the developing world is a huge priority for the company. So there was little surprise when it announced Facebook Lite and Messenger Lite, which offer stripped-down, low-bandwidth versions of Facebook's two main products for users in emerging markets with spotty service and expensive data rates. After officially launching in just five countries last year, Facebook is now expanding the rollout of Messenger Lite to over 100 additional countries.

Facebook's head of Messenger David Marcus shared the major expansion in a status update today, noting that the Lite version is designed for older phones with limited memory and processing power. Users will still be able to chat with Messenger's more than 1.2 billion users, but they'll be limited to sharing text, photos, links and stickers. Processor-heavy features like Messenger Day, photo filters and third-party apps won't be available, but the app itself is designed to use less memory and data while compensating for unstable networks at the same time. Although Facebook has been coming after Snapchat's users hard in recent months, Messenger Lite will compete more directly with it's own WhatsApp as the messaging platform with the lowest barrier to entry.

Germany, Colombia, Italy, Vietnam, Algeria, Morocco, Nigeria, Peru, Turkey, Japan, Taiwan and the Netherlands are all included in the new rollout, according to Marcus. Meanwhile, as TechCrunch points out, Messenger Lite is not available in Bangladesh, Brazil, Canada, China, Cuba, India, Indonesia, Iran, Ireland, Mexico, New Zealand, Philippines, Sudan, UK, US and North Korea, but the vast majority of the planet now has access to Messenger's core features. From a hardware perspective, Messenger Lite is only available on Android, but it works with older versions of the operating system all the way back to Android 2.3 Gingerbread.

Update: According to a spokesperson for Facebook, the current rollout of Messenger Lite affects "more than 100 additional countries," rather than 150 as quoted by Facebook's David Marcus.

In this article: DevelopingWorld, EmergingMarkets, facebook, FacebookMessenger, gear, internet, messenger, messengerlite, mobile
All products recommended by Engadget are selected by our editorial team, independent of our parent company. Some of our stories include affiliate links. If you buy something through one of these links, we may earn an affiliate commission.