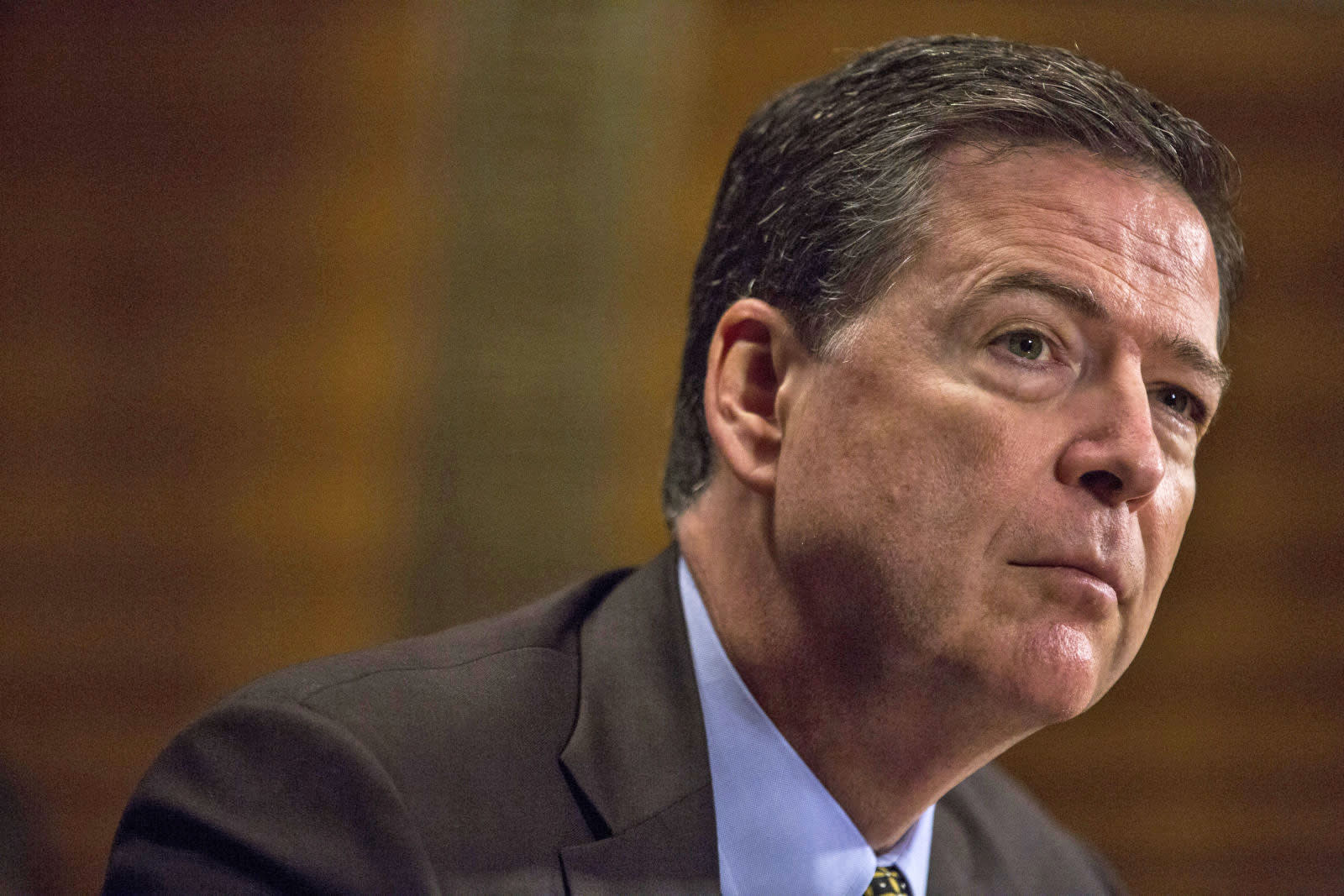 If you were hoping that FBI Director James Comey had given up on legislation requiring that companies obey court-ordered decryption requests... you're about to be disappointed. In statements at a Senate committee, Comey supported Senator Dianne Feinstein's renewed effort to introduce a bill that would force companies to comply with decryption orders. Feinstein didn't say how close she was to submitting the legislation, but Comey claimed progress from his side. The tech industry had "come to see the darkness a little bit more," he says -- they supposedly understand the potential threat to public safety when law enforcement can't crack a device.

Comey also insisted that "none of us" in the American public want backdoor access for law enforcement. Officials just want to "accommodate both interests [privacy and access] in a sensible way," he added.

On the surface, the attempt to find common ground is logical. However, it suggests that Comey and Feinstein still don't understand what they're asking. In order for a company to decrypt a device in a reasonable amount of time, it has to purposefully compromise its encryption -- whether through backdoors, lower-quality encryption methods or ditching end-to-end encryption altogether. That, in turn, makes it easier for any attacker to get in. As noble as the idea of reaching a balance may be, there may not be much choice but to accept that device data is sometimes off-limits.

In this article: decryption, diannefeinstein, encryption, fbi, gear, internet, jamescomey, law, lawenforcement, politics, privacy, security
All products recommended by Engadget are selected by our editorial team, independent of our parent company. Some of our stories include affiliate links. If you buy something through one of these links, we may earn an affiliate commission.