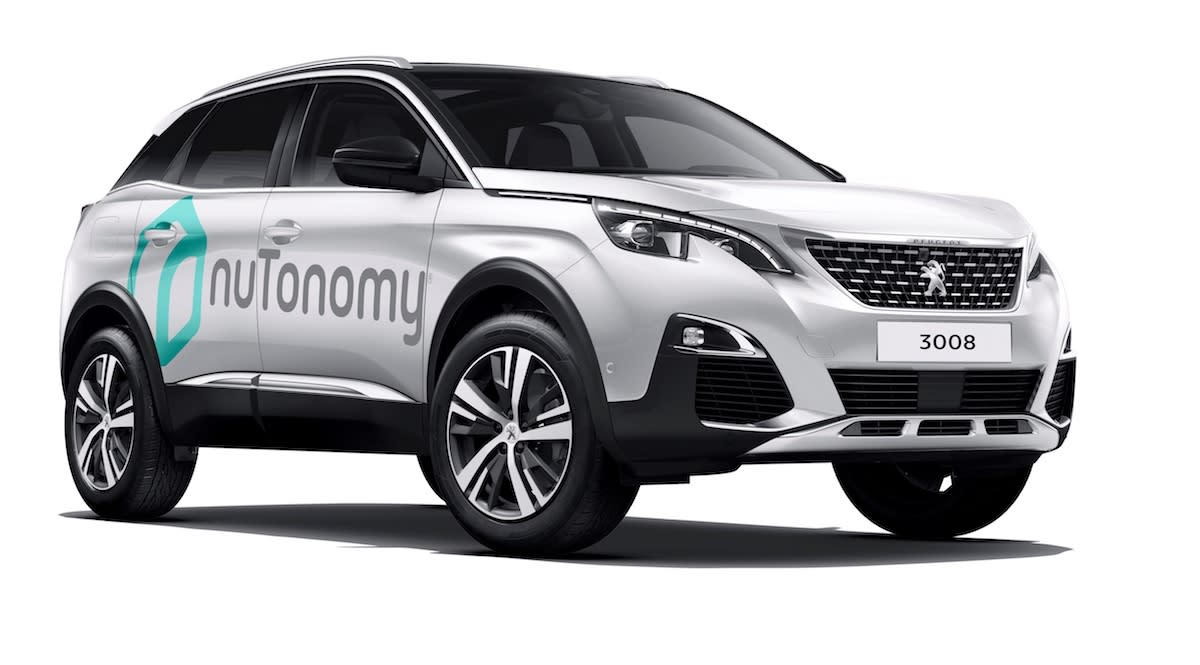 Like nearly all of the other major car makers, Peugeot believes the next generation of cars will be autonomous. We've already seen the Instinct Concept -- which imagines a future where vehicles blend self-driving tech, home automation and cloud connectivity to deliver the best riding experience -- but to get there, the company needs to do the hard miles. Thanks to a partnership with MIT spin-off nuTonomy, the French carmaker has begun doing just that with the launch of a new self-driving pilot in Singapore.

Under the agreement, nuTonomy's self-driving software and "specialized sensors" will be installed in customized Peugeot 3008s over the course of this summer and then unleashed on Singapore's streets in September. Should it be a success, both companies will consider expanding the pilot to more cities, allowing them to better understand how the vehicles behave in urban environments and assess how drivers interact with the automated systems.

The location of the trial makes sense for nuTonomy as it's been testing its self-driving systems in specially-equipped Mitsubishi i-MiEV or Renault Zoe electric taxis in the city since August 2016. However, the company also got the green light to navigate the streets of Boston soon after, allowing it to join Toyota, Audi and local startup Optimus Ride in public testing across Massachusetts.

Last month, BMW announced it is working with Intel and Mobileye to test 40 modified BMW 7 Series sedans across US and European streets. Mercedes owner Daimler also set aside its own self-driving platform and teamed up with automotive supplier Bosch to develop a fully autonomous "level 5" taxi by the beginning of the next decade. It won't be a matter of who is first, but whose self-driving package is the best.

In this article: autonomous, gear, peugeot, selfdriving, singapore, transportation
All products recommended by Engadget are selected by our editorial team, independent of our parent company. Some of our stories include affiliate links. If you buy something through one of these links, we may earn an affiliate commission.