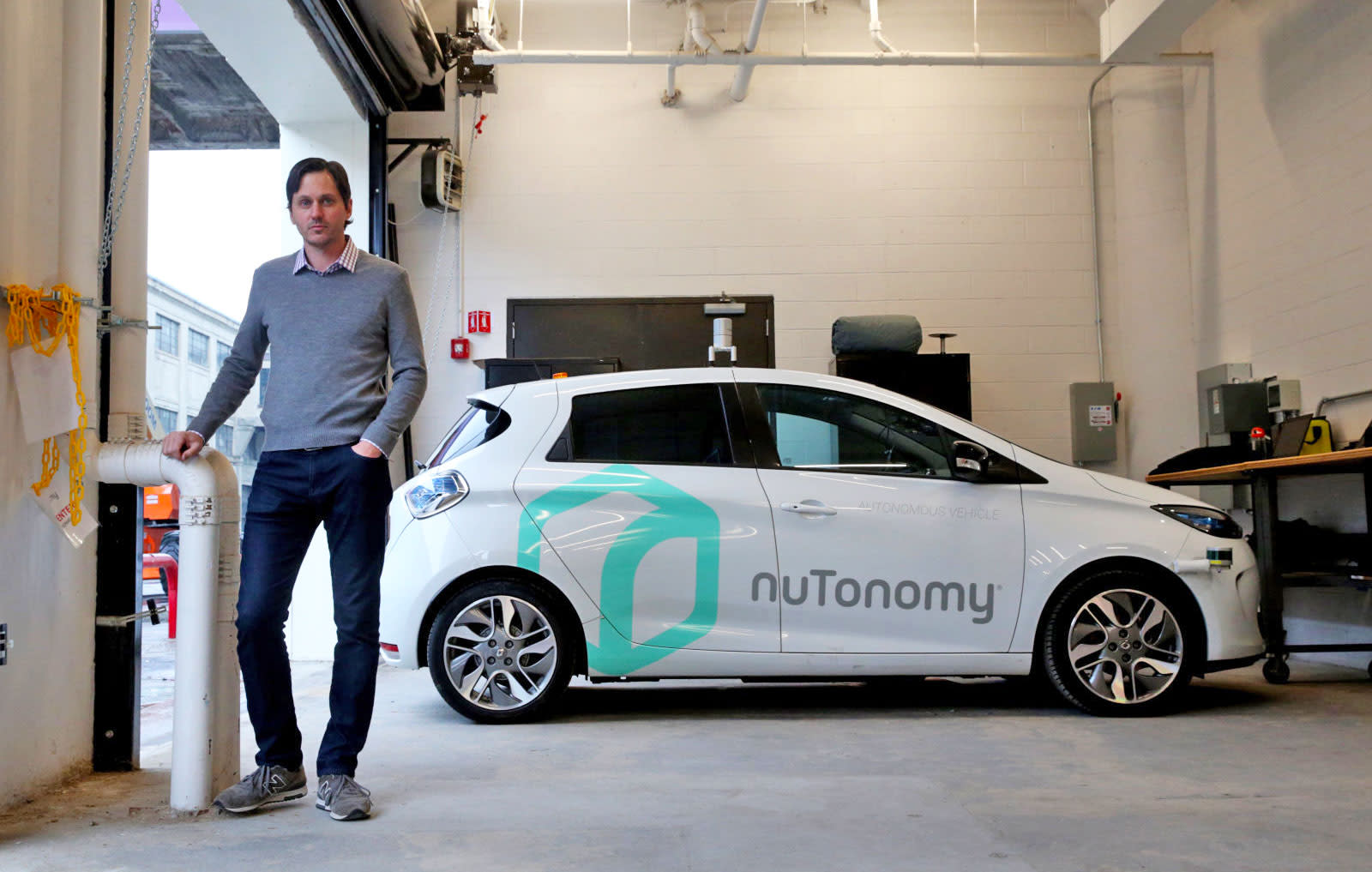 You can add Boston to the list of places where autonomous vehicles are being tested legally. Rather than trials on the city's, ahem, interesting street layout, company NuTonomy will start small, beginning at the Raymond L. Flynn Marine Park on January 3rd, according to The Boston Herald.

If you'll remember, nuTonomy is operating a self-driving taxi service in Singapore. The test vehicle is a Renault Zoe -- one of the models it uses for autonomous taxis -- but that's where the similarities end. The Herald says there aren't any plans to offer a similar service in the city just yet. For now, it's just working out the kinks on a small section of land in South Boston before going broader and onto bigger, busier streets.

As the publication notes, Massachusetts has become somewhat of a hotbed for autonomous-vehicle research. Currently, Toyota, Audi and local startup Optimus Ride are in various stages of testing their wares. Why's that? According to Tufts University robotics professor Bill Messner, it's because of how difficult the area can be to navigate.

"Boston is in fact one of the most challenging places to test. [The] No. 1 [reason] is weather and No. 2 is the crazy street layout we have," he said.

Considering that nuTonomy's Singapore service recently suffered its first at-fault collision, hopefully the Southie trials don't end prematurely. The industrial park (Google Maps) doesn't have any traffic lights, but there are apparently areas with commuters and bike lanes -- the latter of which caused some issues for Uber in San Francisco.

In this article: audi, autonomoustaxi, AutonomousVehicles, boston, bostonherald, culture, gear, massachusetts, nutonomy, optimusride, southboston, southie, toyota, transportation, uber
All products recommended by Engadget are selected by our editorial team, independent of our parent company. Some of our stories include affiliate links. If you buy something through one of these links, we may earn an affiliate commission.