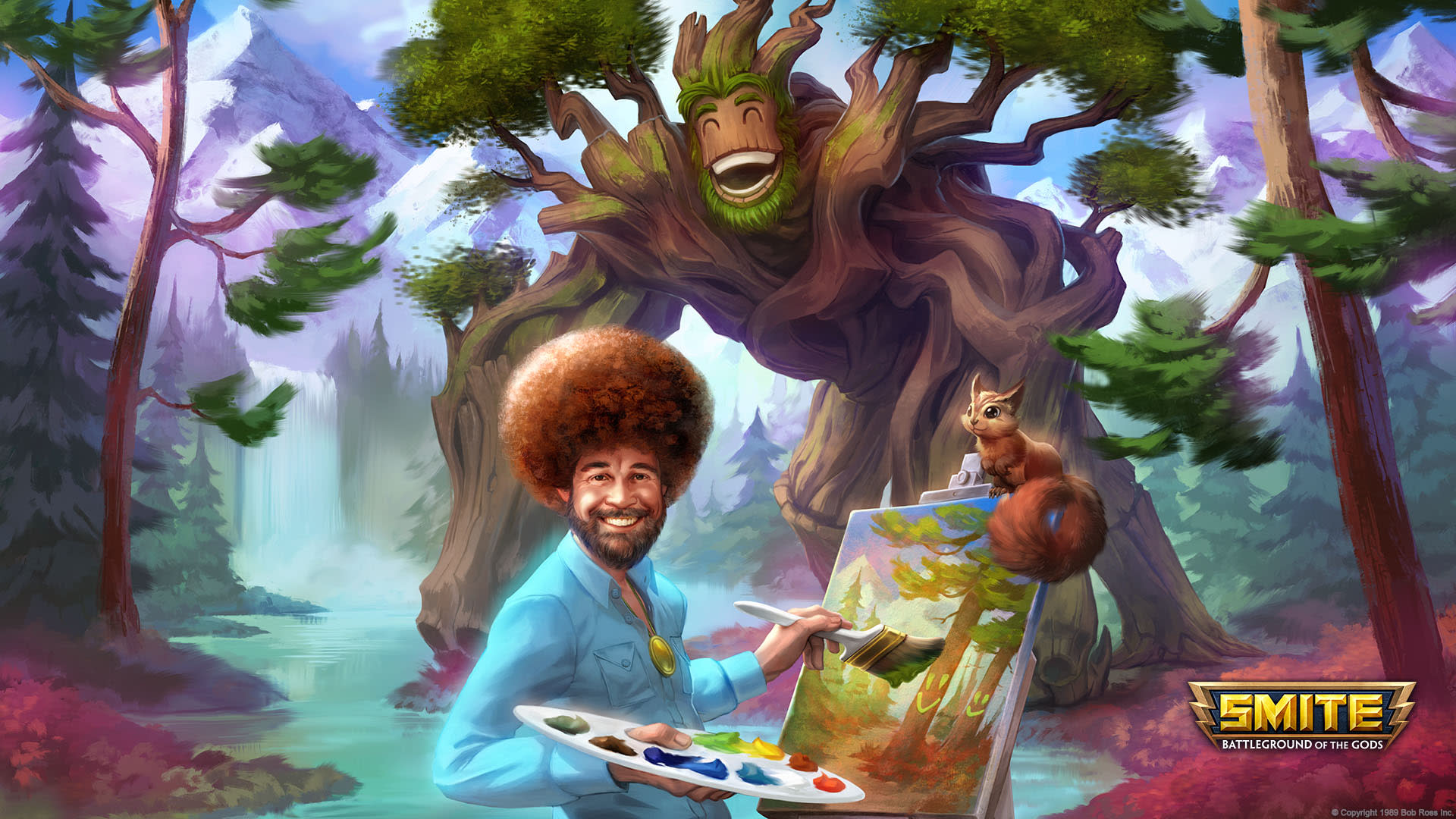 Bob Ross is about to do battle with the gods. The Joy of Painting host, known for his soft voice, permed afro and "happy little trees," is coming to Hi-Rez Studios' mythology-themed MOBA Smite later this month as a character skin for Sylvanus.

Although The Joy of Painting aired in the '80s and early '90s, and Ross himself died of lymphoma in 1995, the laid-back artist is enjoying a second round of fame in the gaming community thanks to Twitch. The livestreaming service hosted a marathon of his show two years ago during the launch of Twitch Creative. It was so successful Twitch launched Bob Ross Mondays a month later.

Hi-Rez showed off the new Bob Ross Sylvanus skin during a patch preview earlier this week (it's around the 45:00 mark if you want to check it out). Ross, in all his afroed and flip-flopped glory, rides atop Sylvanus' treant, Grover, and paints a landscape during the match. While in combat, he lobs the paint at his enemies and summons happy little trees and clouds. The skin also includes voice overs with some of Ross' signature mellow catchphrases like, "Gotta give him a friend. Everyone needs a friend."

Other Bob Ross cosmetic items, like a loading frame and a paint splatter jump stamp, will also be available as part of a bundle. Each one was created in a close partnership with Twitch and the Bob Ross Estate. The bundle will be available on May 9th on PC/Mac and on May 16th on console. It will cost 700 in-game gems or $9.99 on Twitch Commerce.

In this article: bobross, gaming, hi-rezstudios, personal computing, personalcomputing, SMITE
All products recommended by Engadget are selected by our editorial team, independent of our parent company. Some of our stories include affiliate links. If you buy something through one of these links, we may earn an affiliate commission.