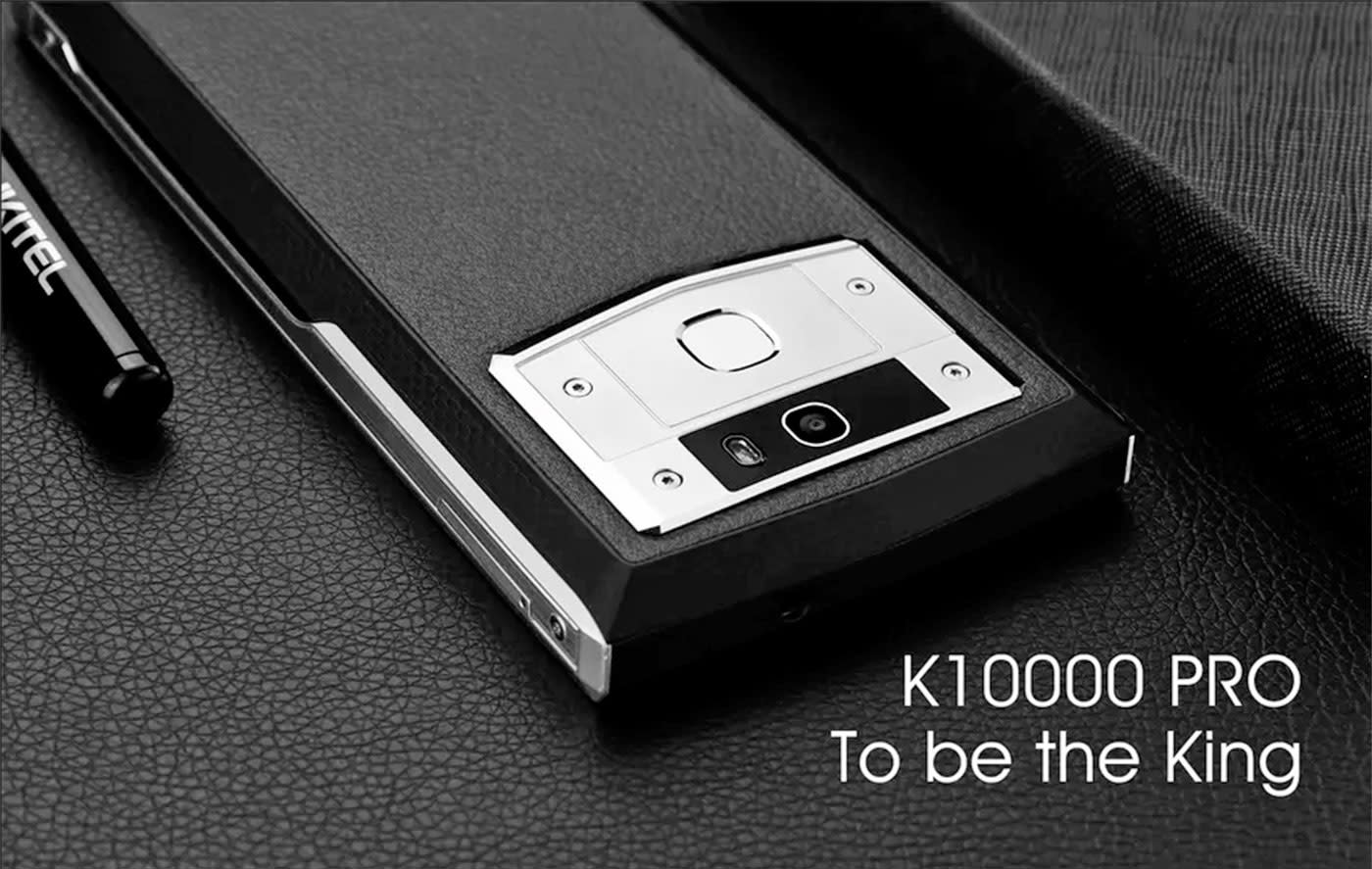 Chinese phonemaker Oukitel is releasing a new Android phone June, according to The Verge and Android Headlines, and its slogan is apparently "To be the king." You'll be hard-pressed to recognize the device as "the king" when you see its specs. However, it does have one impressive feature: a 10,000 mAh battery that only takes three hours to charge, just like Oukitel's $240 K10000 smartphone launched a couple of years ago. In fact, this one's its direct successor called the K10000 Pro. The company showed the phone off at MWC this year, but it hasn't officially announced its details and availability yet. We can probably expect to hear something similar to the 10 to 15 days per charge claim it made when it revealed the K10000, though.

One of the biggest issues with smartphones today is that manufacturers tend to load them with all sorts of features without giving their battery life the proper boost it needs. That why compared to most smartphone's batteries today, 10,000 mAh is massive. Even Asus ZenFone Max only has 5,000 mAh. Google's Pixel XL has a 3,450mAh battery, while Samsung's Galaxy S8 Plus has 3,500 mAh. The downside is that the K10000 weighed a ton. This one is reportedly lighter at 292.5 grams, but it's still much heavier than, say, the iPhone 7 Plus, which weighs 188 grams. Whether it can actually last 10 to 15 days is another story, but it's worth noting Android Headlines got 24 hours of on-screen time out of it at MWC.

Despite its enormous power source, the K10000 Pro is far from the ideal phone we've all been dreaming of. According to The Verge and The Hans India it will sport a 5.5-inch 1080p Gorilla Glass display, 3GB of RAM, 32GB of storage and will be powered by a MediaTek octa-core 1.5Ghz processor. It's definitely no tech titan flagship material. If you think it's the perfect phone for camping trips, though, keep an eye out for Oukitel's announcement.

In this article: 10000mah, android, battery, gear, mobile, oukitel, smartphone
All products recommended by Engadget are selected by our editorial team, independent of our parent company. Some of our stories include affiliate links. If you buy something through one of these links, we may earn an affiliate commission.