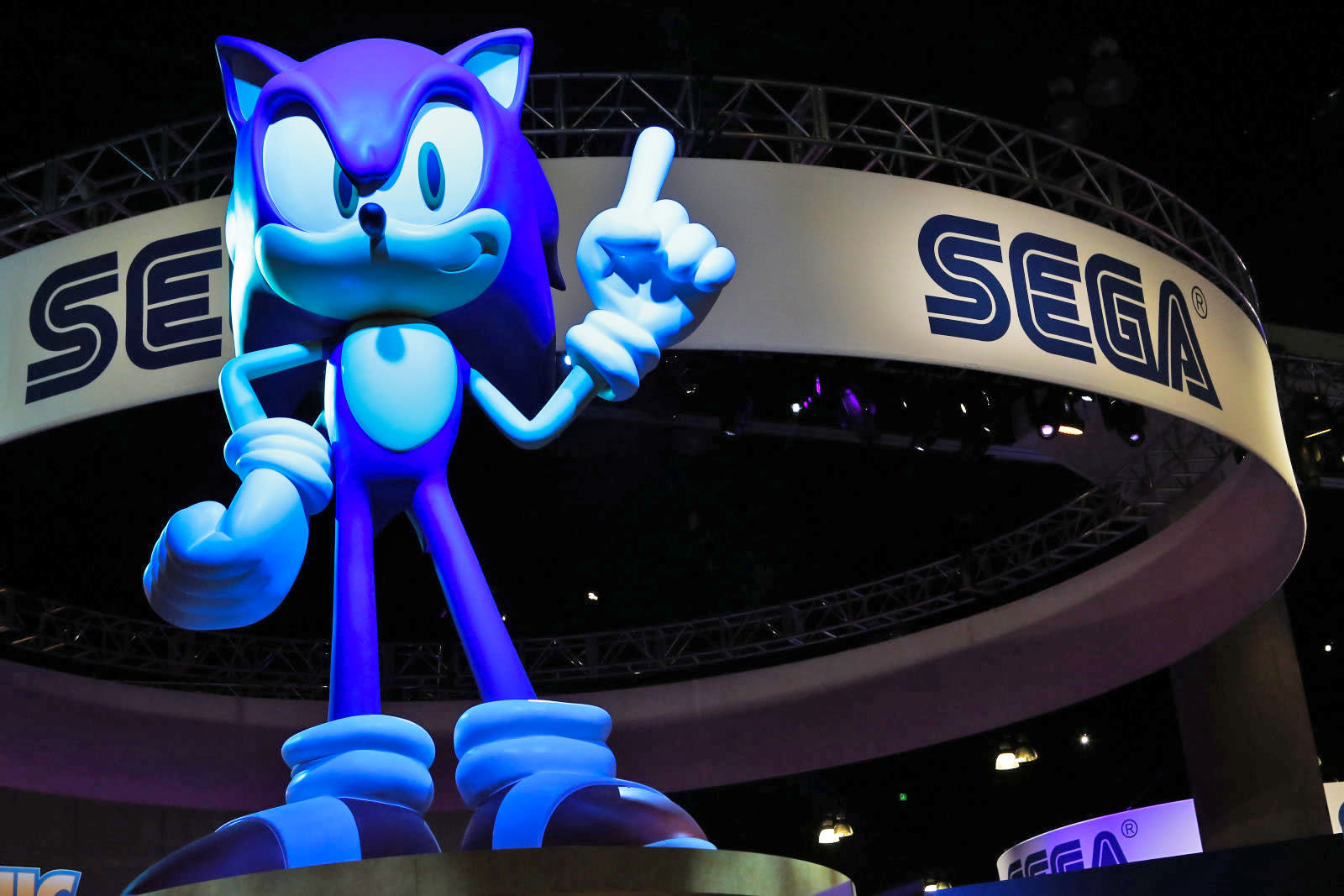 Sonic the Hedgehog is known for two things: going fast and his love of chili dogs. While the blue blur is returning to the fray in a pair of new games (made independently of each other, no less) this year, the ever-vigilant folks at Unseen64 have uncovered an entry from the expedient rodent's past we'll never get to play. It was a skateboarding game called Sonic Extreme that used the groundwork of a Nickelodeon-skinned version of a game featuring Tech Deck finger-skateboard toys and was set to release on Gamecube, PlayStation 2 and the original Xbox. And you thought your family tree was complicated.

In Extreme, you'd skate hoverboard around various courses including one inspired by "Green Hill Zone," collect rings and face down members of the Sonic clan. According to Unseen64's source, the prototype that the development team at Vision Scape used to pitch the project only took about a week to make. That's thanks to the recycled bits and pieces the studio assembled from its past work.

Compared to some of the other places Sonic has regrettably appeared, Extreme looks like it could've actually been a lot of fun. There was even a battle mode that offered what looks an awful lot like Mario Kart 8's, with players taking each other out by collecting power-ups and weapons scattered about an arena.

Sega was apparently really into the idea, requesting a budget and design document for the game, but as history shows, nothing ever came to fruition. Well, until 2006's eerily similar-in-concept Sonic Riders released some two years after Vision Scape's pitch. Welp. Without comment from Sega, it's tough to know the exact reasoning behind why Vision Scape's prototype was seemingly cloned. Considering part of the paperwork Vision Scape signed, because Extreme used one of Sega's own intellectual properties there apparently wasn't any legal recourse the studio could take against Sega.

But, hey, at least if you want to see what it's like controlling Sonic while he's strapped to a hoverboard, all that'll take is a trip to eBay versus tracking down an Xbox software development kit like the one where this footage came from.

In this article: av, gamecube, gaming, internet, playstation2, sega, sonic, sonicriders, sonicthehedgehog, unseen64, video, xbox
All products recommended by Engadget are selected by our editorial team, independent of our parent company. Some of our stories include affiliate links. If you buy something through one of these links, we may earn an affiliate commission.