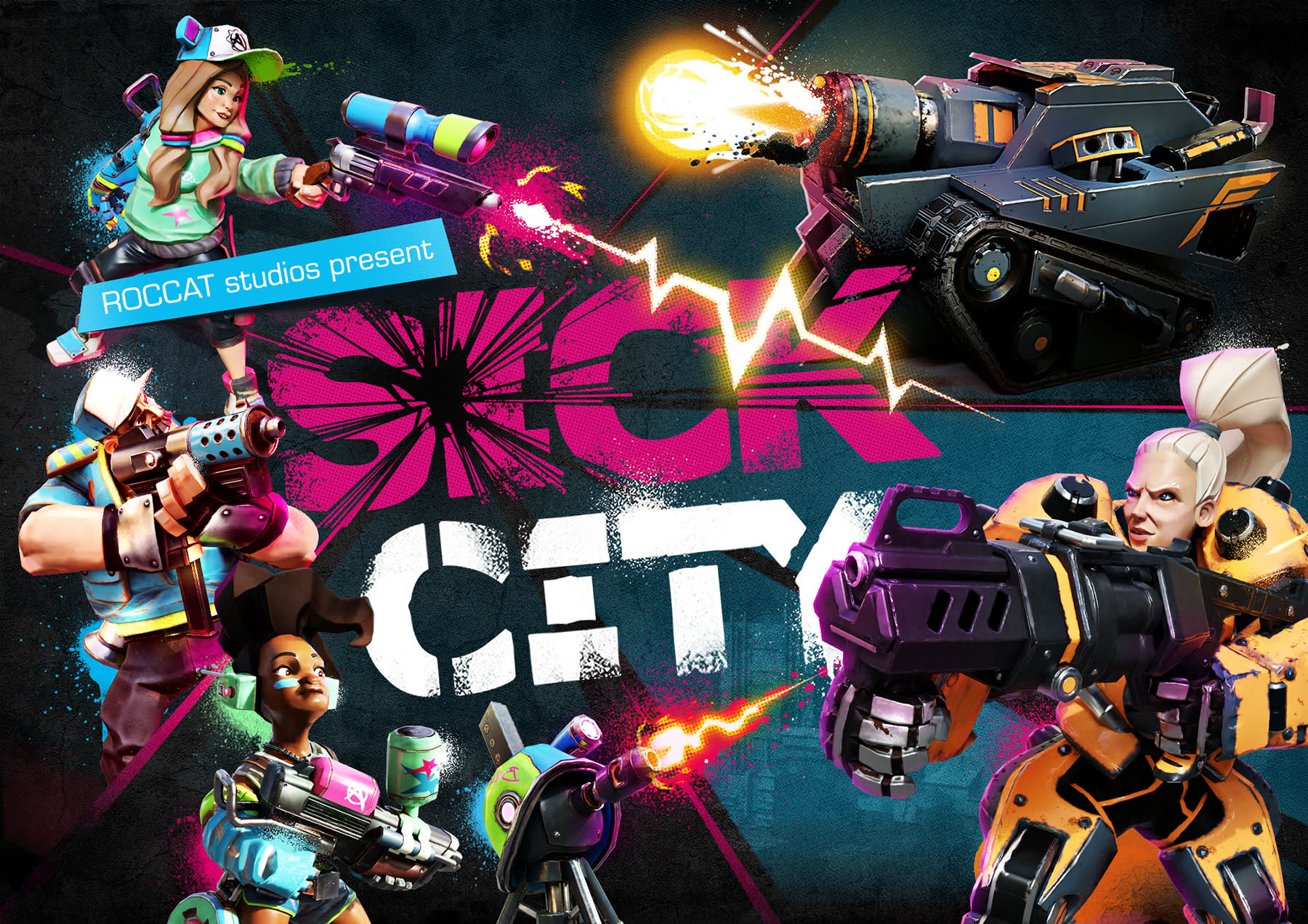 My dad always used to say that if you can put your mind to it, you can do anything. It looks like someone at Roccat had an equally encouraging parent, as the gaming peripheral manufacturer has revealed that it's now attempting to develop its very own game. The undertaking in question is Sick City, a real-time tactical combat game that takes inspiration from classic squad-based strategy titles like Commandos and Company of Heroes. While gameplay details are still pretty vague, Roccat promises that Sick City will intertwine 'exciting espionage' with a cast of heroes that wield powerful abilities.

Speaking to Engadget, Roccat's marketing manager Tuan Mai revealed that Sick City will be released in beta this summer. Keen to involve its community in the game's development, the studio will also be releasing a closed alpha for Sick City as early as next month

In terms of who's actually making the game, Roccat is keeping its cards close to its chest. "We can't go into specifics on who at the time," states Mai "but I can tell you that the team is composed of experienced developers that have worked at other game studios in Hamburg before." With Hamburg's development scene still fairly small, Roccat Games Studio could well consist of developers from Bigpoint and Goodgame. With the former developer known for strategy title Goodgame Empire and the latter behind Battlestar Galactica Online, their experience lends itself well to Sick City.

Surprisingly, this isn't actually the first time a peripheral manufacturer has attempted to get involved with making games. With accessory sales on the decline, MadCatz entered into a publishing deal with Harmonix, funding and distributing Rock Band 4. Unfortunately for Madcatz, the game bombed - bankrupting the company. Without the burden of shipping and building thousands of expensive plastic instruments, let's hope that Sick City goes a little better for Roccat.

Update: An earlier version of this article stated, as we were told by Roccat, that the game would launch on Steam's Early Access program in August. The company has since been in touch to say that may not be the case, so mention of Steam has been removed from the article.

In this article: applenews, av, gaming, PcGaming, periperhals, roccat, sickcity, steam
All products recommended by Engadget are selected by our editorial team, independent of our parent company. Some of our stories include affiliate links. If you buy something through one of these links, we may earn an affiliate commission.