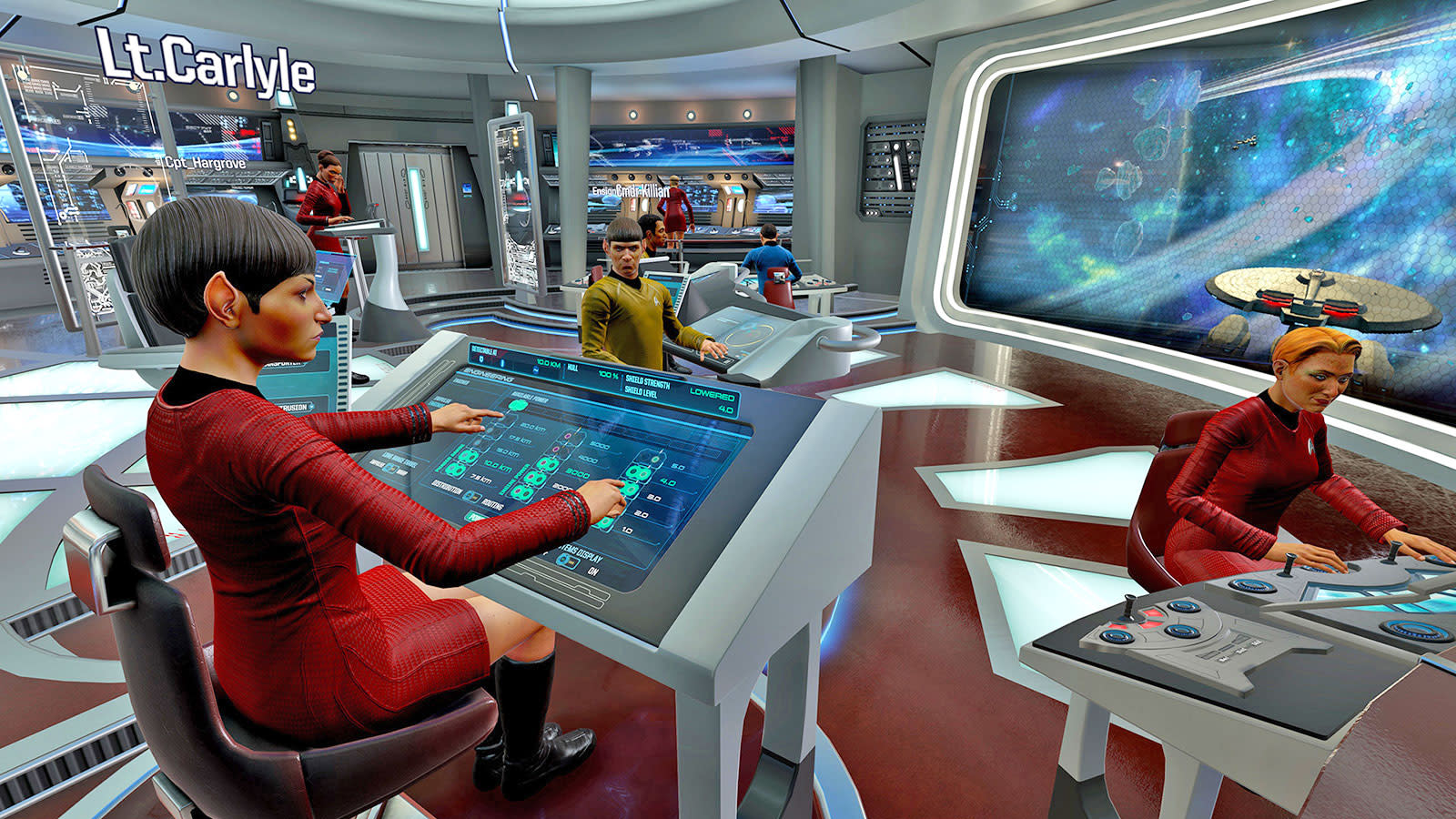 Ubisoft's Star Trek: Bridge Crew won't just put you in a VR starship when it finally launches. It'll also give you the power to interact with the virtual Starfleet crew with your voice. The company has teamed up with IBM to add Watson's interactive speech capabilities to the game, so you can tell a crew member to launch a missile -- and maybe even pompously add "make it so" in the end -- instead of using manual controls. Bridge Crew was supposed to launch last year but was plagued with numerous delays. It's now scheduled to come out on May 30th for the PC and PS4, with Watson's voice commands to follow later this summer during a Beta period.

"We have been eager to find the right way to use interactive speech further the immersive and interactive experiences that virtual reality offers. Watson gives Captains in Star Trek: Bridge Crew the ability to issue commands to non-player crew members in the same way they do with a human crew; by using their voice. IBM provides an easy to integrate solution that is cloud based, so it's light on code and performance while letting us remain fast on feature turnaround."

While you'll have to wait a few more weeks after the game launches to access voice control, developers can access the feature right now. They can also take advantage of the "VR Speech Sandbox" IBM uploaded to Github, which contains Watson's Unity SDK, Speech to Text and Conversation. It can help them build VR user interfaces with voice interaction and could lead to even more immersive VR games in the future.

In this article: applenews, gaming, ibm, internet, startrekbridgecrew, virtualreality, voicecommands, vr, watson
All products recommended by Engadget are selected by our editorial team, independent of our parent company. Some of our stories include affiliate links. If you buy something through one of these links, we may earn an affiliate commission.