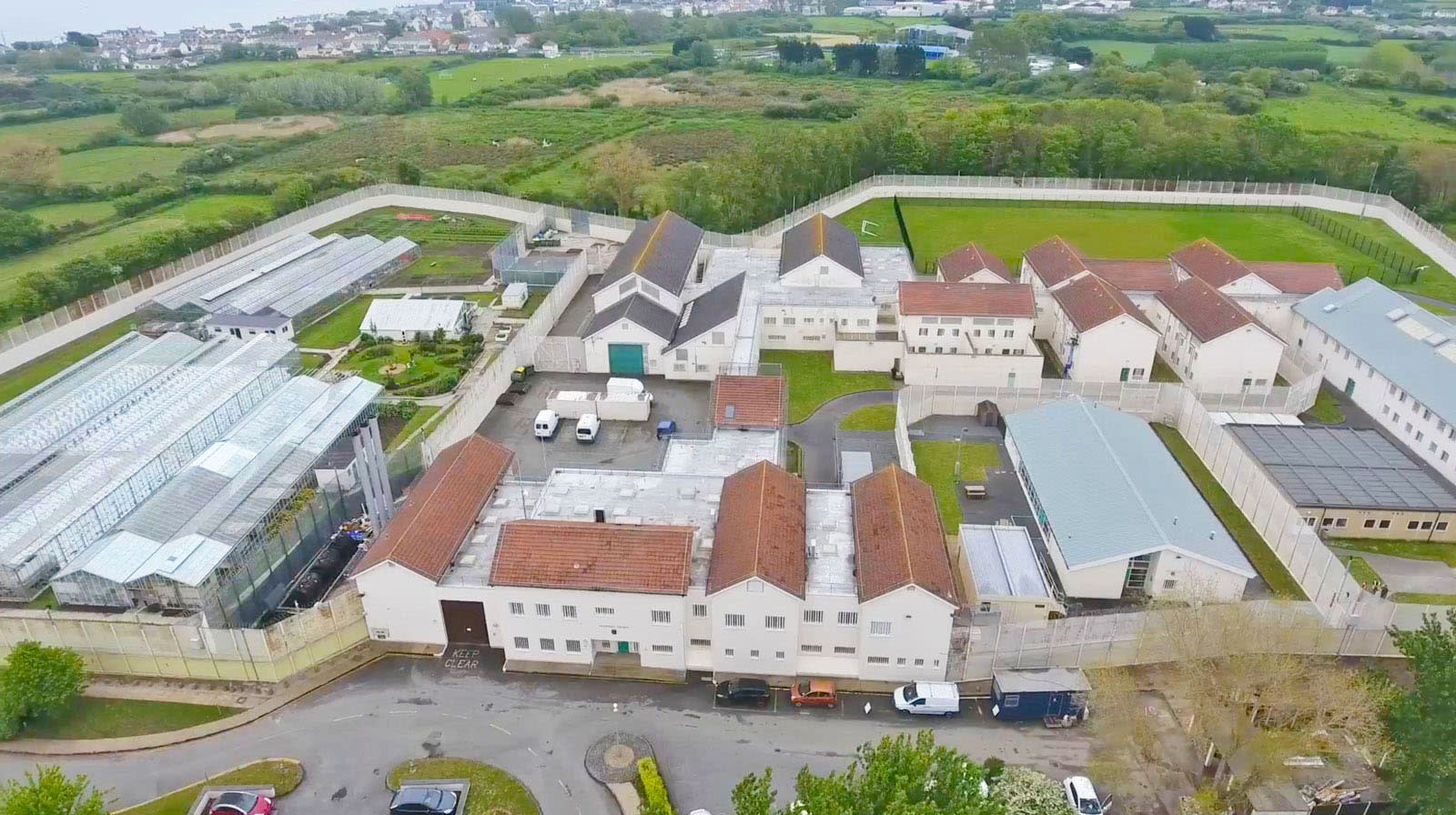 Prisons have a drone problem, in that they're being used to fly drugs and other contraband over walls and into the hands of inmates. Dealing with these airborne mules is tricky because you either need to hope they crash or catch their operators in the act, but one prison is taking a more proactive approach to stopping undesirable deliveries. Alongside other security upgrades, the small, 139-capacity Les Nicolles Prison in Guernsey, Channel Islands, is said to be the first in the world to receive an anti-drone fence. It's not a physical barrier, but an invisible wall that jams pilot signals and stops drones from passing beyond its threshold.

Two British companies, Drone Defence and Eclipse Digital Solutions, adapted existing jamming technology to create the "Sky Fence." A network of roughly 20 "disruptors" is being installed in and around the prison's perimeter to create a 600-meter (nearly 2000-foot) high, virtual wall through which drones shall not pass. Well, that's the idea when Sky Fence goes into operation next month, anyway.

As Drone Defence CEO Richard Gill explains, the invisible wall was developed a preventative measure that isn't designed to knock airborne drones out of the sky. "It will look like it is bouncing off a forcefield. The operator's video screen will go black and they will lose control. Drones made in the last few years are all designed to return to the last point at which they were under control if the signal is lost. It won't bring the drone down because if it did and it hit someone or caused damage that would create issues of liability."

In this article: antidrone, applenews, channelislands, drone, dronedefence, gadgetry, gadgets, gear, guernsey, jammer, LesNicollesPrison, prison, security, transportation, uav
All products recommended by Engadget are selected by our editorial team, independent of our parent company. Some of our stories include affiliate links. If you buy something through one of these links, we may earn an affiliate commission.