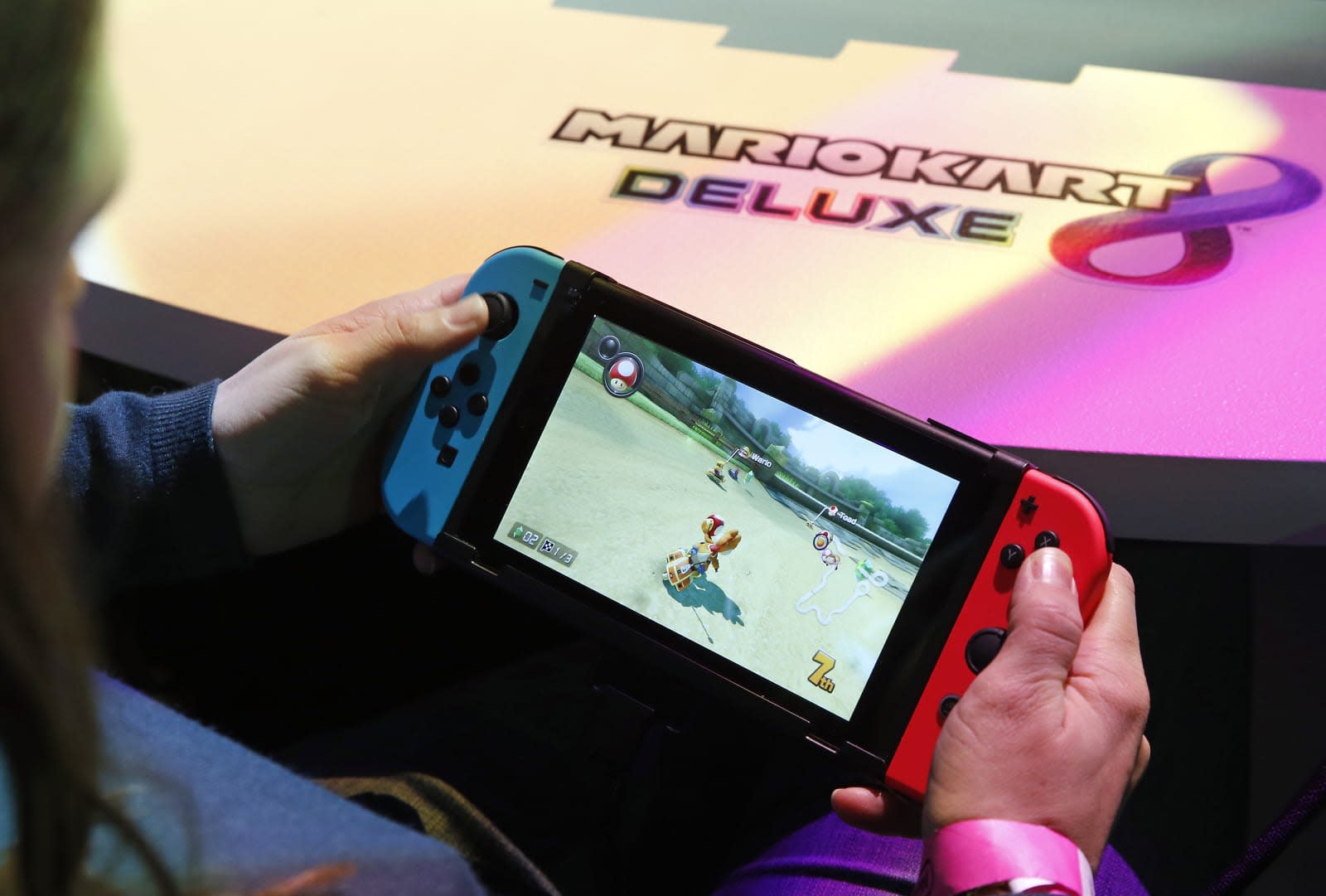 Despite its launch issues and rollercoaster early sales projections, Nintendo's portable console can safely be declared a legitimate hit for the company at this point. In March, the Switch became the best-selling piece of game hardware, outselling Nintendo's own projections, and selling more copies of Breath of the Wild than there were consoles to play them on. Although sales slowed in the month after launch -- dropping from 906,000 units in March to 280,000 units April -- the Switch still continued to top the charts.

Before launch, outside analysts estimated Nintendo would move about five million devices in the first year, so the roughly 1.2 million it has sold so far put it right on track. On the other hand, the Wall Street Journal reported in March that the company ramped up production from 8 million to 16 million units for 2017 after the console started flying off of shelves, so Nintendo might be hoping the Switch shows up on a lot of holiday wish lists.

In the meantime, new game releases should help Nintendo sell a few more consoles, especially if the not-so-surprising success of Mario Kart 8 Deluxe is any indicator. In only two days, the latest entry into the beloved franchise became the top-selling video game for the entire month, moving over 550,000 physical and digital copies. If Nintendo's own early advertisements are to be believed, every backyard barbecue will be gathered around a game of Mario Kart or Splatoon 2 this summer.

In this article: applenews, gadgetry, gadgets, gaming, Nintendo, nintendoswitch, sales, switch
All products recommended by Engadget are selected by our editorial team, independent of our parent company. Some of our stories include affiliate links. If you buy something through one of these links, we may earn an affiliate commission.