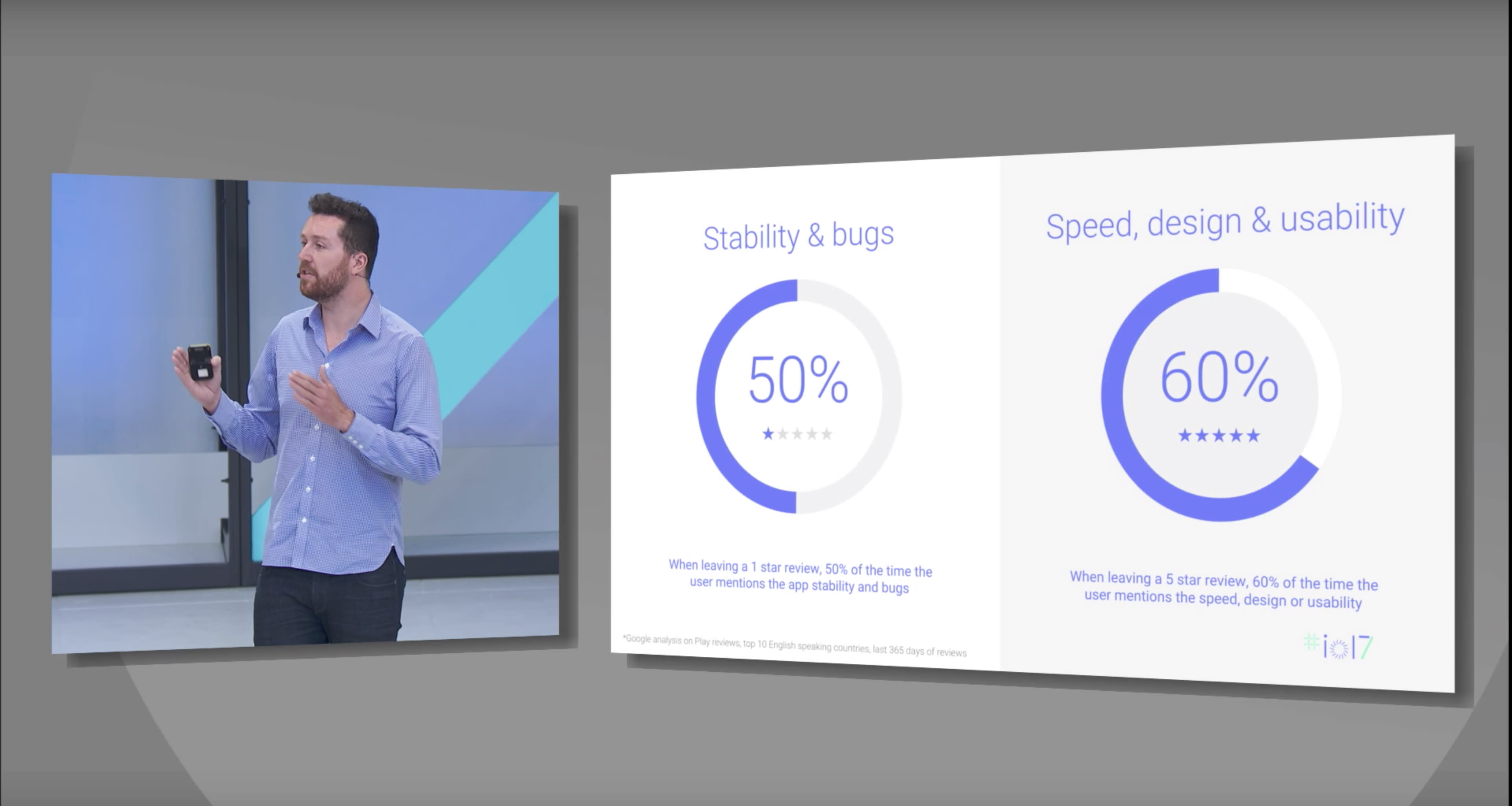 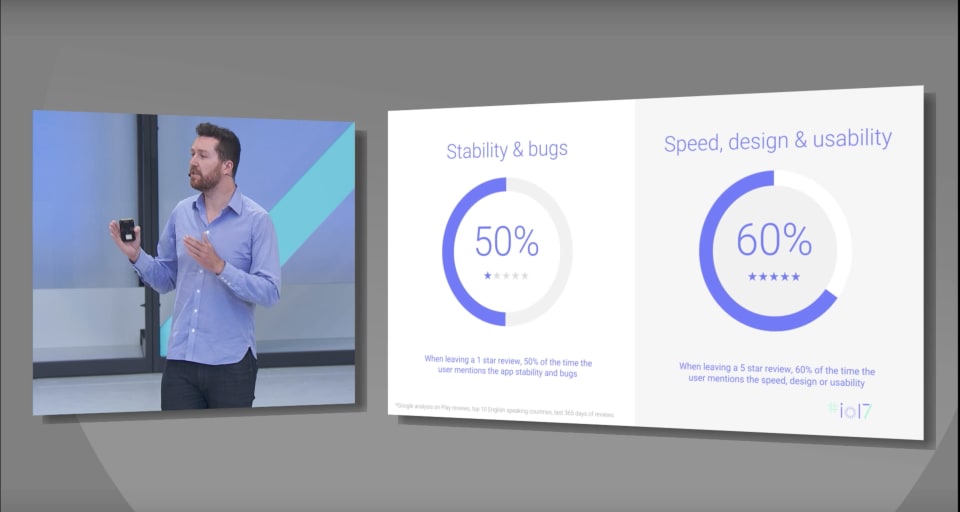 Google's plan to improve the Android experience involves more than just tweaking the operating system. It also requires developers to up the quality of their work, and now Google has a new way to warn app creators whose work isn't up to snuff. Long story short, if your app ranks in the bottom 25 percent when it comes to certain stability, battery or rendering metrics, you'll be hearing from the search giant through the developer console.

Those general categories may sound familiar if you've been following the news out of I/O. They're in line with Android O's "vitals," areas where Google is focusing efforts to improve overall Android device performance. According to Google project manager Fergus Hurley, the company will find more areas to key in on eventually but these required the most attention. Anyway, Google is specifically concerned with six "vital" metrics now — pardon the brief diversion into highly geeky territory. It's all about the percentages of users that...

Obviously, technical limitations mean some devices are more prone to those issues than others. Even so, this more explicit line of communication has the potential to up the quality of the Android app ecosystem as a whole. After all, developers who fall short on any of these fronts aren't just doing screwing over their businesses. They're muddying up the entire ecosystem. At this point it's not clear whether habitual re-offenders will see their apps removed from the Play Store, but one thing is clear: developers who can't hack it will start to see their apps' rankings changed.

Google announced back at the Game Developers Conference in February that how well an app performed would have an impact on its "promotability" — in other words, an app that falls below the 25 percent threshold in any of those metrics will probably start sinking into obscurity. Sure, it's just one of many signals Google uses to figure out how apps get ranked — it's just about time they held app creators to some more stringent standards. Who knows: it just might help them rack up a few billion more users.

In this article: android, applenews, apps, gear, google, googleio2017, googleplay, mobile, playstore, rankings, search
All products recommended by Engadget are selected by our editorial team, independent of our parent company. Some of our stories include affiliate links. If you buy something through one of these links, we may earn an affiliate commission.