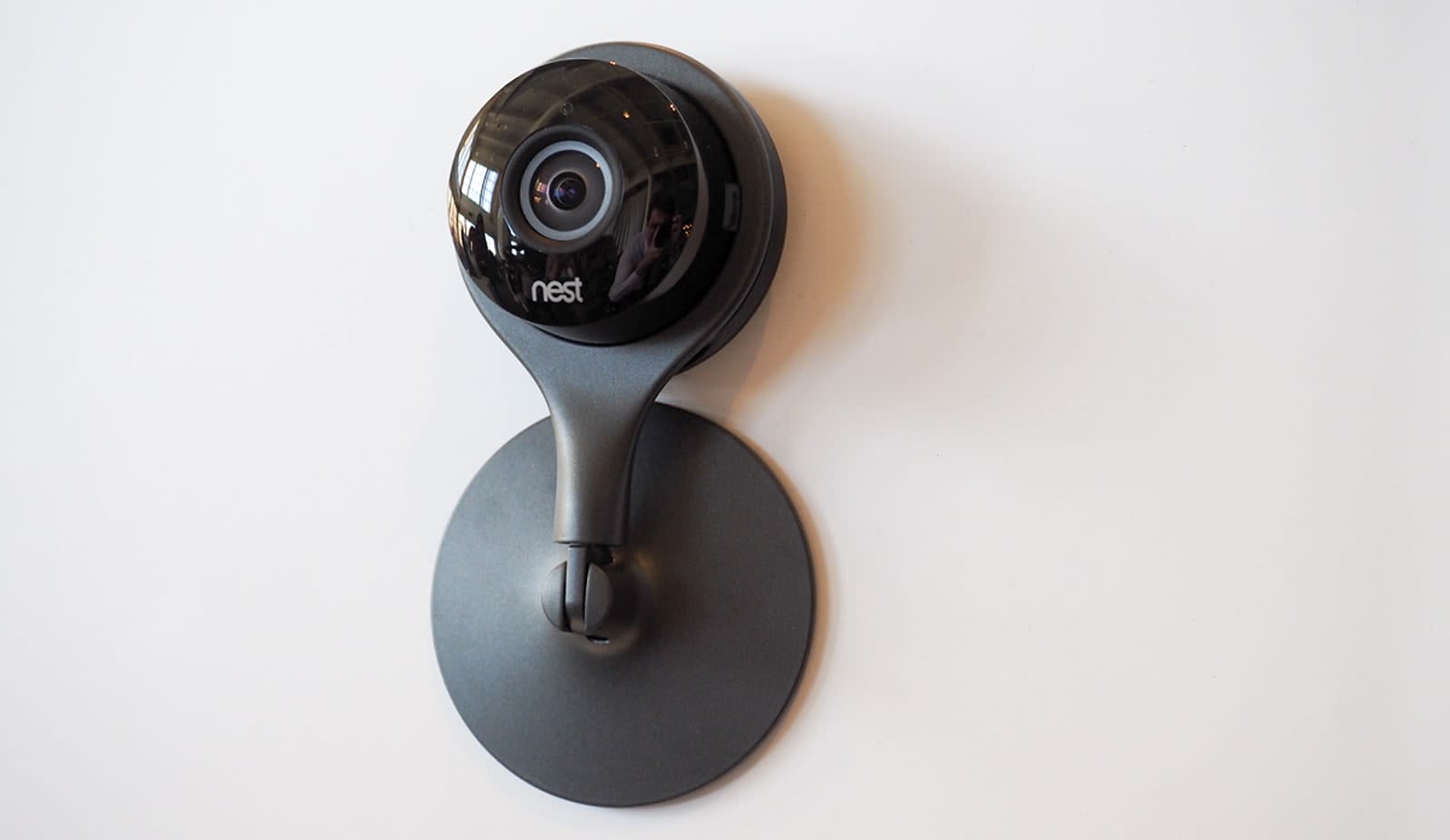 It's been almost a year since Nest has released a new product and rumors are starting to trickle out that the one-time connected home darling is on the verge of a new release. As Android Police claims, Nest is launching a new, higher-resolution WiFi security camera sometime later this month.

According to AP's "trusted source," the camera will have a 4K-capable sensor, but will only stream 1080p images. Although that may sound like a loss of quality, it actually gives the image more detail at 1080p and a wider viewing angle that doesn't require a wide lens that can cause distortion. If the rest of the rumor holds up, the device will automatically zoom in on regions where it detects motion and stream that in 1080p. Effectively, you get a camera that can pan and tilt without moving parts. (It's the same way that Mevo cameras can mimic a multi-camera setup with just one device.) You can also view the whole frame in down-scaled 1080p, but there's currently no plan to stream or save at 4K resolution since that would likely strain most people's home wireless.

Resolution aside, the camera apparently looks a little like the current Nest Outdoor camera and is said to be powered by USB-C with an LED recording ring. The 4K device will likely be rated only for indoor use and carry a steeper $300-plus price tag when it is announced later this month.

If the 4K camera becomes a reality, it could also be a key component in another rumored Nest product: a smart home security hub with alarm sensors, smartphone control and selective user access. Security products aside, the company is also said to be working on a low-cost, sub-$200 version of its popular learning thermostats.

In this article: 4K, applenews, gadgetry, gadgets, gear, nest, nestcam, NestLearningThermostat, SecurityCamera
All products recommended by Engadget are selected by our editorial team, independent of our parent company. Some of our stories include affiliate links. If you buy something through one of these links, we may earn an affiliate commission.