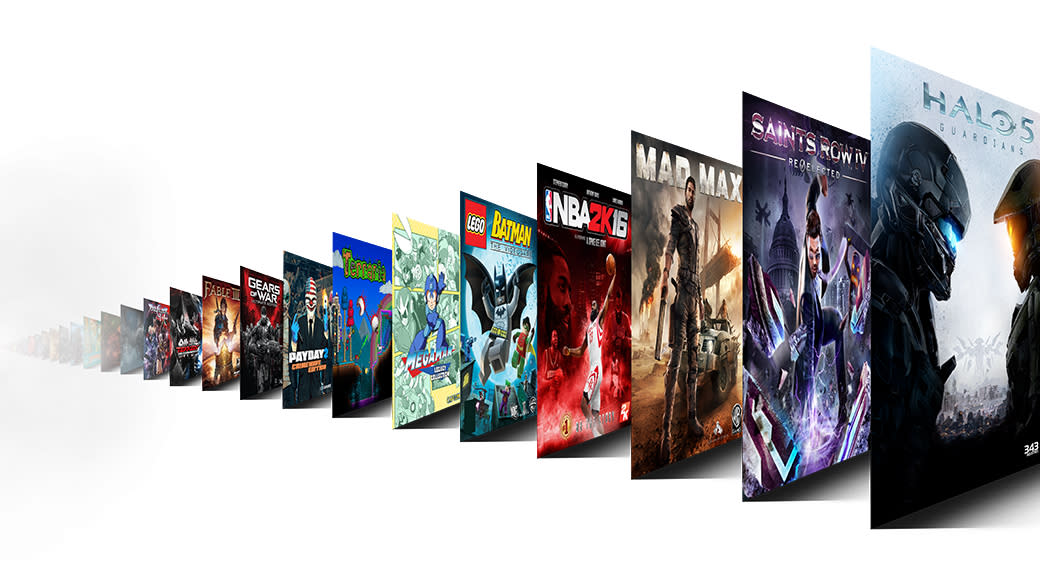 Remember when we told you that Microsoft was launching its own Netflix-style subscription service for games? Well, thanks to Danny McBride, we now know that it's coming to an Xbox One near you on June 1st. As we reported previously, Xbox Game Pass will set you back $10/£8 a month, allowing users to download anything they wish from a library of over 100 Xbox 360 and Xbox One titles. The initial lineup looks fine, if unremarkable, featuring the likes of Halo 5: Guardians, Payday 2, NBA 2K16 and Soul Calibur II. While we know a handful of other titles coming to the service, the vast majority of the 100 plus game library still remains unknown.

That said, a new subscription service is a big ask, especially when most Xbox gamers are already paying $60/£40 for a Live Gold membership. Sensibly then, Microsoft has decided to offer everyone a free 14-day trial, so Xbox One owners can see whether the service is really for them.

With the full game lineup still under wraps, it remains to be seen whether this package will actually offer enough Xbox One games to make it good value. One thing's for sure though, at $120/£96 a year, Microsoft will need to continuously pull out the big titles if it's going to convince gamers that Xbox Game Pass is worth the price of admission.

Update: Microsoft has launched the service for anyone who already has Xbox Live Gold. Members can launch their 14-day trial and test out the service right now, ahead of its official launch June 1st. Also, a full list of currently available games is available here.

In this article: applenews, av, E32017, GamePass, gaming, Halo5, microsoft, nba2k16, subscription, xboxgamepass, XboxLive, XboxLiveGold, XboxOne, XboxOneGamepass
All products recommended by Engadget are selected by our editorial team, independent of our parent company. Some of our stories include affiliate links. If you buy something through one of these links, we may earn an affiliate commission.