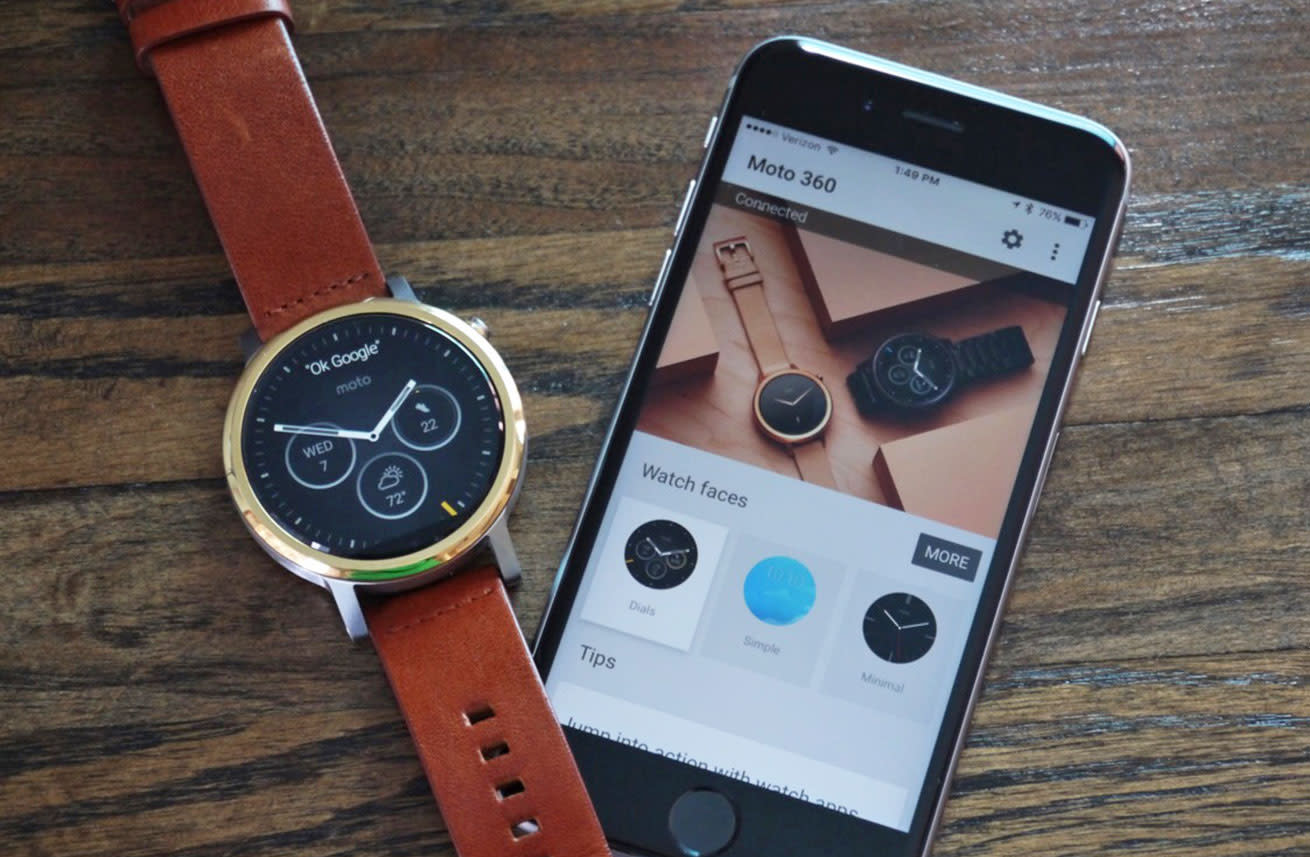 A bunch of smartwatches got Android Wear 2.0 when it finally came out in April, but sadly, Moto 360 wasn't one of them. The company promised a late-May availability, and it sounds like it's staying true to its word. Motorola Support's Twitter account has revealed that the updated OS will soon start rolling out to second-gen Moto 360s in phases -- it might have even begun yesterday, which means some people could already have updated devices.

The long-delayed Wear 2.0 comes with a new user interface that was especially designed for computing on a tiny screen. It reduces the number of clicks and swipes needed to navigate the OS, and it puts the Play Store right on your smartwatch so you can download apps directly. The platform also adds Google Assistant to your device, giving you an easy way to make a query or to control your apps with voice commands.

Before you celebrate, though, make sure that what you have is the base second-gen version. The Moto 360 Sport will eventually get an update, but it won't be anytime soon. As for the first-gen Moto 360, the company is unfortunately leaving it out of the update altogether.

@NamelessWing @Moto Happy to report that AndroidWear 2.0 will start rolling out in phases on Moto 360 2nd Gen, possibly as early as today.

In this article: android2, android2.0, androidwear, applenews, gear, google, moto360, motorola, smartwatch, wearables
All products recommended by Engadget are selected by our editorial team, independent of our parent company. Some of our stories include affiliate links. If you buy something through one of these links, we may earn an affiliate commission.