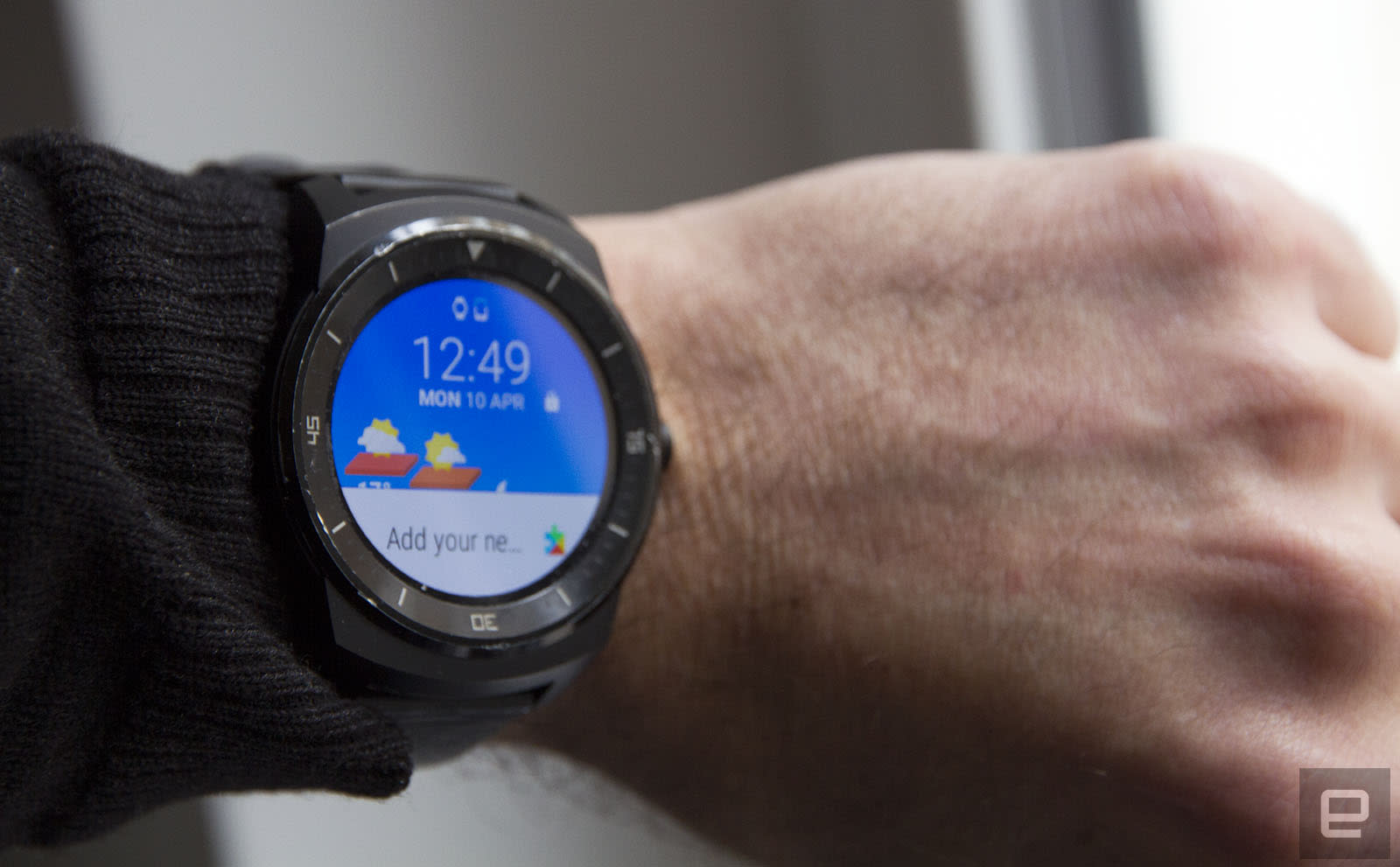 It's a bit beat up, but my OLED-equipped LG G Watch R is still going strong (and bright) after nearly two years. So it's good news that, after being delayed by glitches, Android Wear 2.0 is rolling out this week to that model, the 2015 LG Watch Urbane and the more recent New Balance RunIQ.

LG said it'll roll out the update to both the Urbane and G Watch R this week, and the Urbane second edition will get the OS "in the beginning of May." RunIQ owners, meanwhile, will see the update "no later than April 14th."

Android 2.0, which launched in February with LG's new Watch Style and Watch Sport, was supposed to come to older devices like mine several weeks after launch. However, while Google recently managed to get it working on the Fossil Q Founder, Casio WSD-F10 and $1,500 Tag Heuer Connected, it said that "for other devices ... [it] is currently being delayed due to a bug in the final testing."

With that fixed, seven watches are about to get updates, leaving another 12 with owners still waiting to hear about Android 2.0 -- including devices from Huawei, Moto and ASUS. New features of the OS include a refreshed, easier-to-use UI, standalone apps and watchfaces, and Google Assistant, the new, AI-powered version of Google Now. Hopefully, with the update bug apparently solved, we'll see release dates for all those models soon.

In this article: AndroidWear, AndroidWear2.0, Delay, gear, Google, GWatchR, NewBalanceRunIQ, update, Urbane, wearables
All products recommended by Engadget are selected by our editorial team, independent of our parent company. Some of our stories include affiliate links. If you buy something through one of these links, we may earn an affiliate commission.