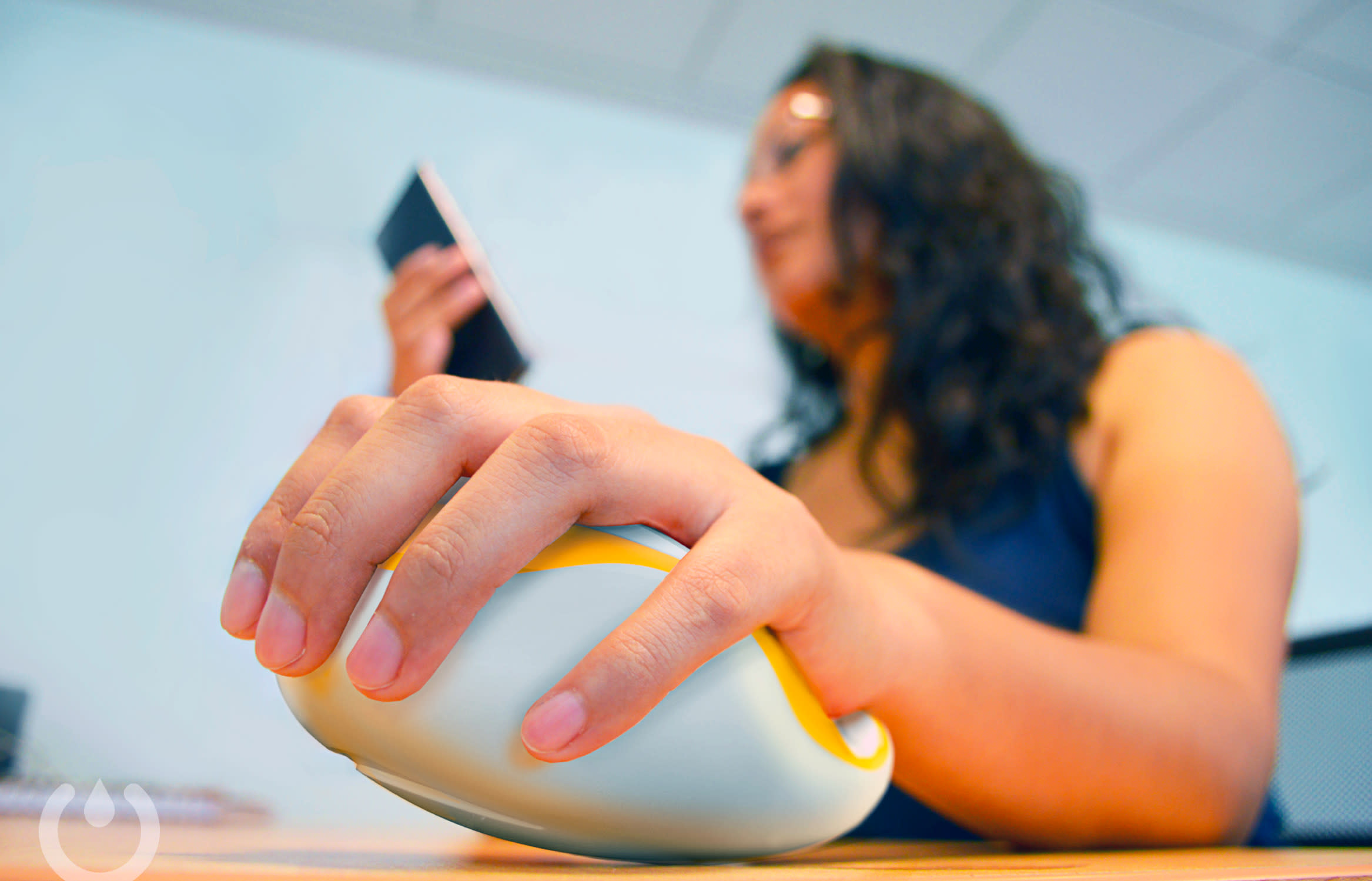 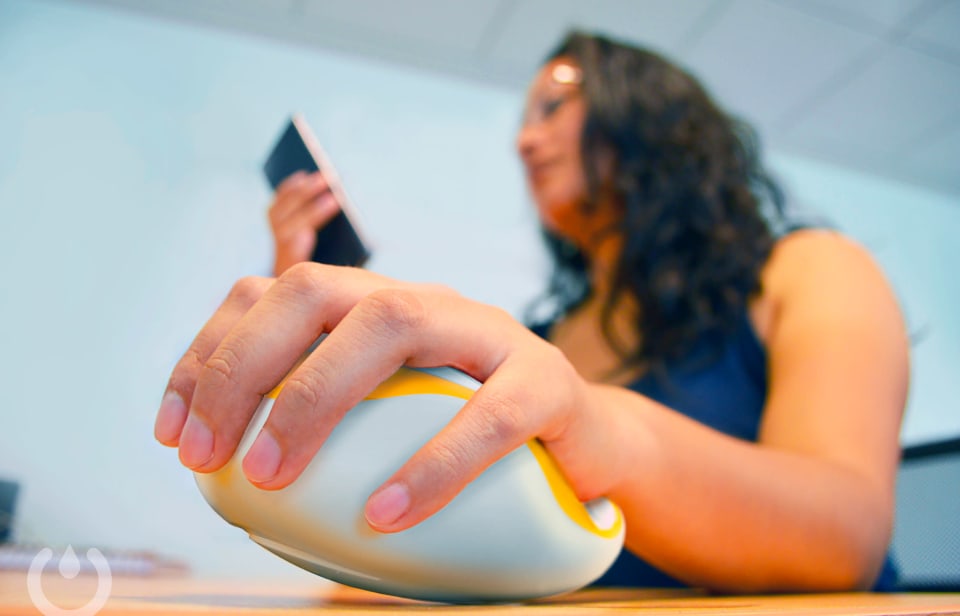 It's hard not to get sweaty walking around here at Computex in Taipei, but Tony Cueva Bravo had moist palms for another reason. The Peruvian entrepreneur suffers from hyperhidrosis, a condition that triggers excessive sweating, causing his hands to get frequently and uncomfortably moist. Hyperhidrosis can be off-putting and embarrassing, so Bravo did what any enterprising 24-year-old would do: He rounded up a team to find a fix and build a product to address it. Meet the Handrop, an orange-and-white potential game-changer that sits on your desk like a computer mouse.

Don't let the looks deceive you, though. Unlike a mouse, the Handrop relies on a set of embedded electrodes under a flexible metal top plate. And just like every other bit of hardware these days, the Handrop connects wirelessly to smartphones. This part is actually crucial: You'll need the Handrop app to define how intolerable your sweaty hands are and to kick off the calibration that customizes the whole process for you. Once that's down, you'll have to sit through a session that lasts between five and 15 minutes, depending on the severity of your sweatiness. As you sit there and wait, you'll feel a series of electrical pulses of varying intensity meant to counteract the impulses in your nervous system that trigger sweating in the first place. Alas, you can treat only one hand at a time, but that doesn't seem like a huge drawback. After all, you can use the other hand to continue goofing around, and the Handrop's built-in battery means you can continue the treatment just about anywhere.

If that sounds like a serious process, you may be onto something. According to Bravo, the process is meant more for chronic hyperhidrosis sufferers who desperately want relief than those who deal with the occasional stage fright. Unfortunately, I couldn't actually try the Handrop for myself; people without hyperhidrosis who undergo the process may actually harm their sweat glands. Bravo, however, says that about three sessions a week for a month are enough to dramatically reduce hand sweat, and continued use could lead to the end of sweaty palms altogether.

As a fellow profuse sweater, I empathize with Bravo. I'm probably not the only one, either: There's been enough interest in hyperhidrosis that several companies have popped up over the years with the goal of eradicating this problem. The Handrop's edge is one of convenience: It's not as painful as Botox treatments (which are apparently a thing) and requires no manual tuning, unlike some iontophoresis machines. Either way, Bravo and his team will face their moment of truth soon: They plan to launch a crowdfunding campaign for the Handrop this December, with prices starting at around $180.

In this article: applenews, computex2017, gear, handrop, hands-on, health, healthtech, hyperhidrosis, innovex, medicine, startup, sweat
All products recommended by Engadget are selected by our editorial team, independent of our parent company. Some of our stories include affiliate links. If you buy something through one of these links, we may earn an affiliate commission.