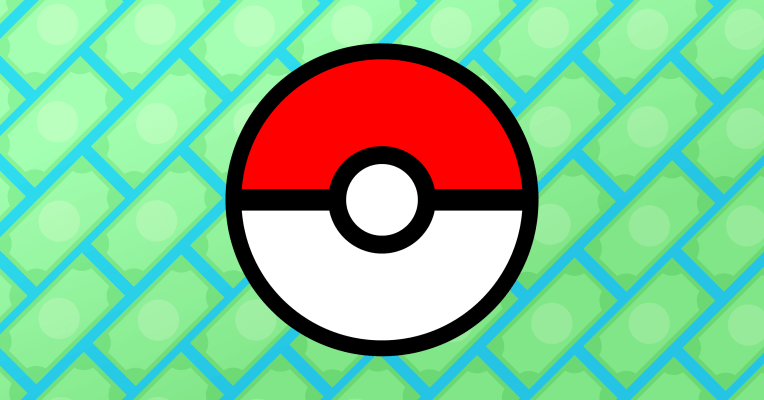 It's not every year that a mobile game becomes a genuine global phenomenon -- but as I'm sure you all noticed, that's exactly what Pokémon Go was. For a good few months, Nintendo and Niantic transformed most of the world into wandering cellphone zombies, and now, The Pokémon Company is reaping the benefits. In the previous fiscal year, the house of Pikachu found itself in a bit of a slump, turning over a middling profit of just $5.6 million dollars. Now, a report spotted by analyst Serkan Toto reveals that this financial year The Pokémon Company's profits exceeded $143.3 million -- more than 26 times what it made the previous year.

With Pokémon Go reportedly generating over a billion dollars worth of revenue by February, for many, the news won't come as a huge surprise. A huge chunk of that profit has undoubtedly come from in-app purchases, but even more crucially for The Pokémon Company, its blockbusting app has helped to reignite brand awareness in a big way. From CG Pokémon trailers gracing the Superbowl to clothing brands seemingly revealing a new Pokémon merch collaboration every other week, Pokémon Go has seen the brand enjoy the most exposure it's had since the '90s. Surprisingly, even the traditional handheld games have enjoyed a resurgence. While many assumed a free Pokémon game on mobile would cannibalize the franchise's usual gaming entries, last year's Pokémon Sun and Moon went on to become the third best-selling titles in the series.

Unfortunately, there is currently no breakdown of profits, leaving us with little information on how exactly merchandise and game sales contributed to The Pokémon Company's lofty turnover. Yet, despite 2016's impressive success, it's hard to imagine the nostalgic brand capturing lightning in a bottle for a second year in a row. Pokémon Go's AR-powered gaming offered something genuinely different, combining a powerful blend of social gaming and nostalgia that is near impossible for the brand to replicate.

With the rumored Pokémon Stars likely coming to the Nintendo Switch, the next financial year will see whether the brand can still continue to stay relevant with just a traditional game and the bizarre-looking Magikarp Jump propping it up.

In this article: applenews, av, gaming, nintendo, pokemon, pokemongo, pokemonsunandmoon, thepokemoncompany
All products recommended by Engadget are selected by our editorial team, independent of our parent company. Some of our stories include affiliate links. If you buy something through one of these links, we may earn an affiliate commission.